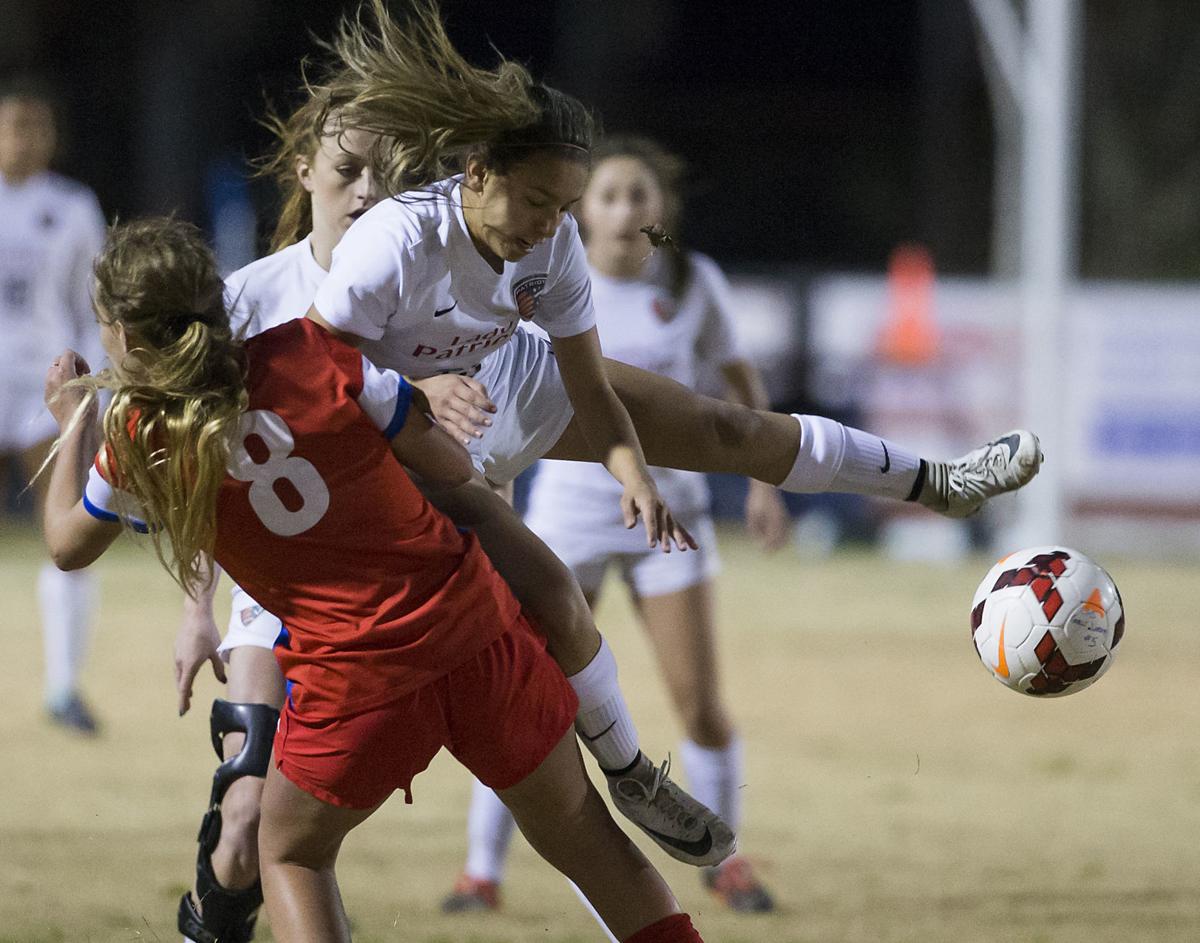 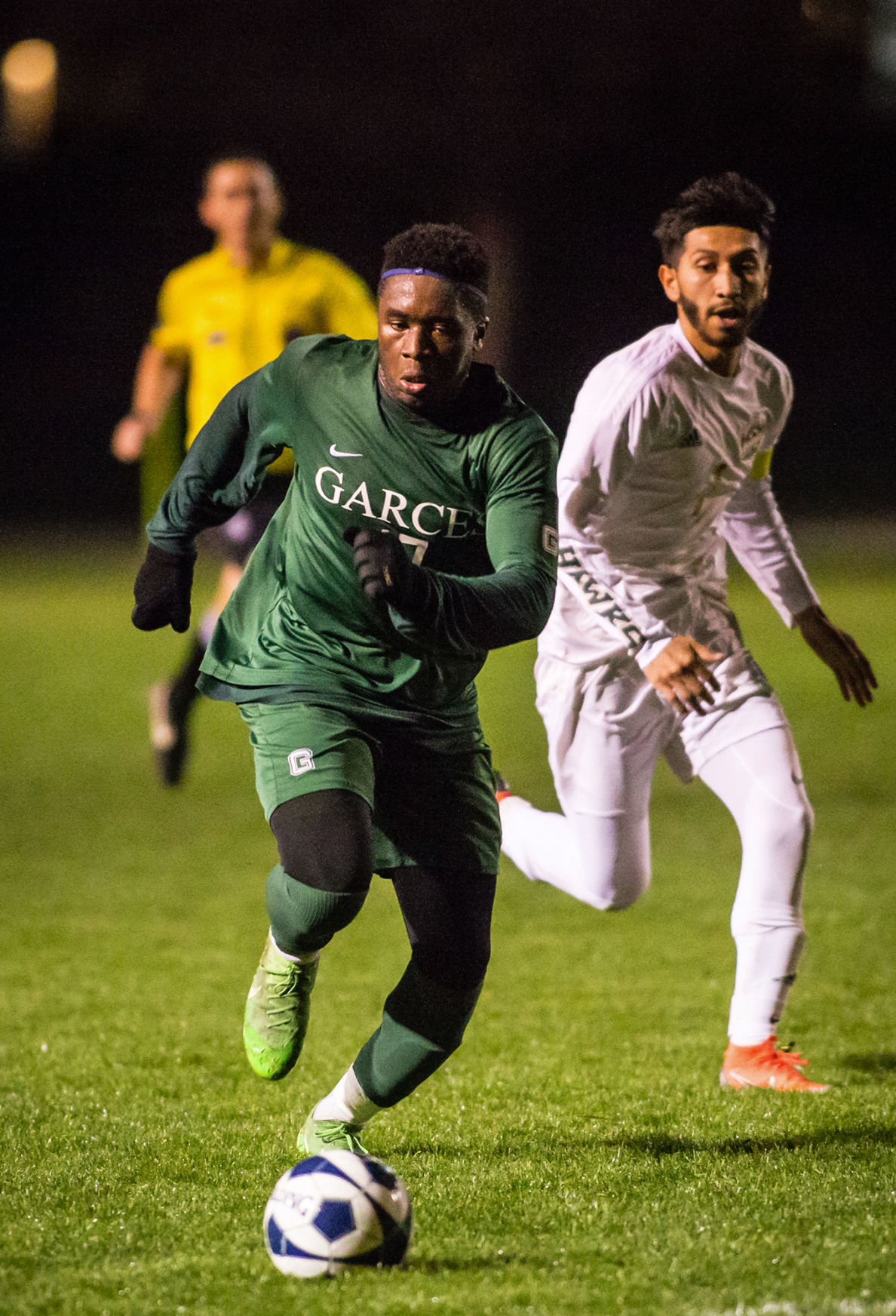 Ebubechukwu Ekpemogu prepares for a shot on goal against Liberty of Madera. 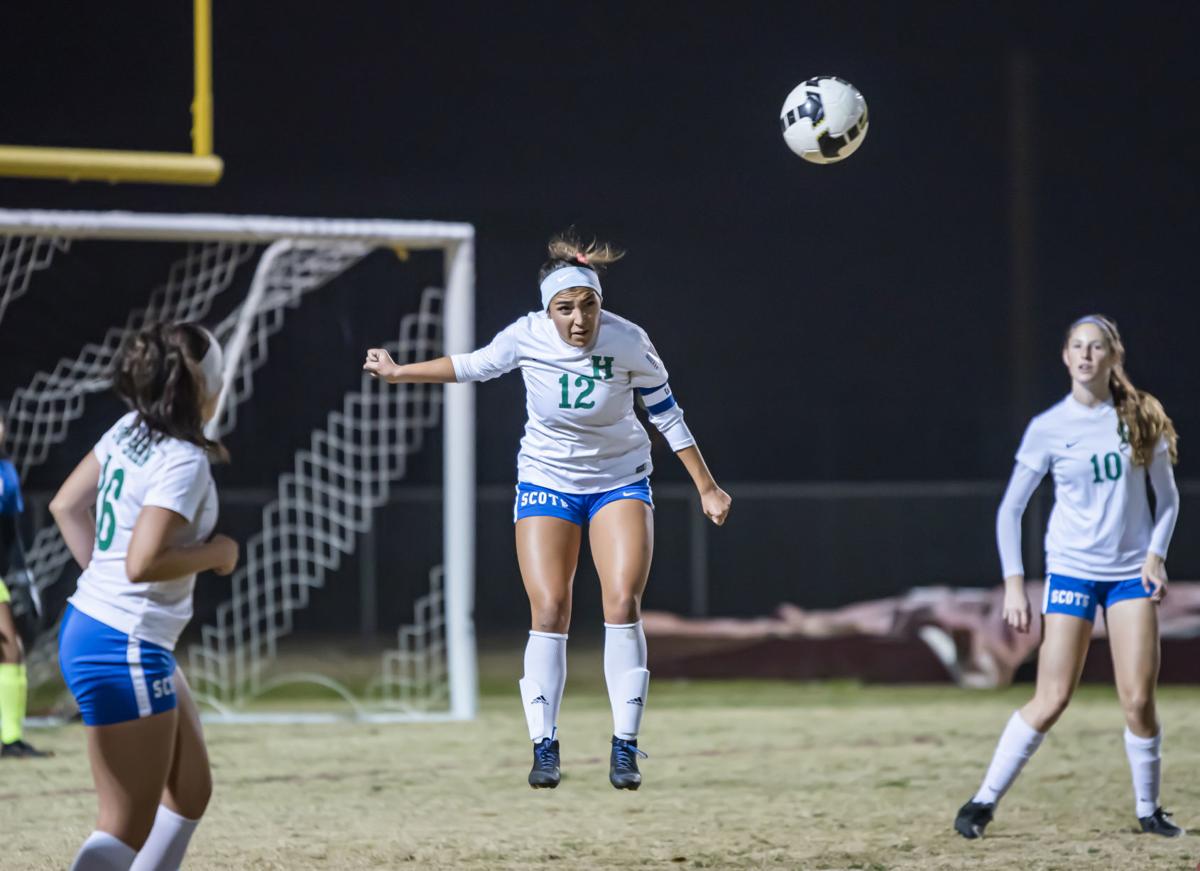 Kylie Lopez (12) from Highland lands a header during a soccer match against Independence. 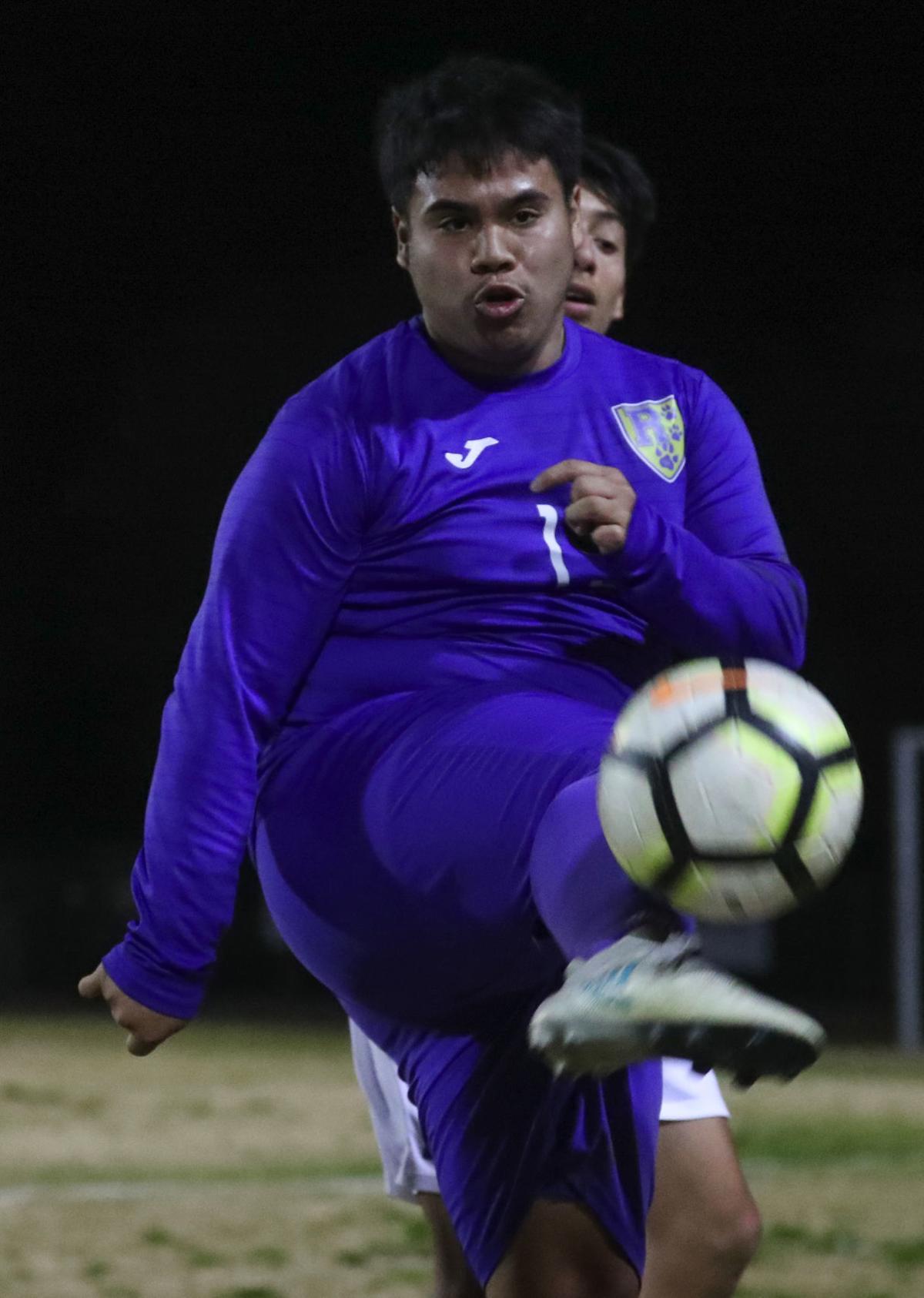 Marco Ceja connects with the ball against Clovis. 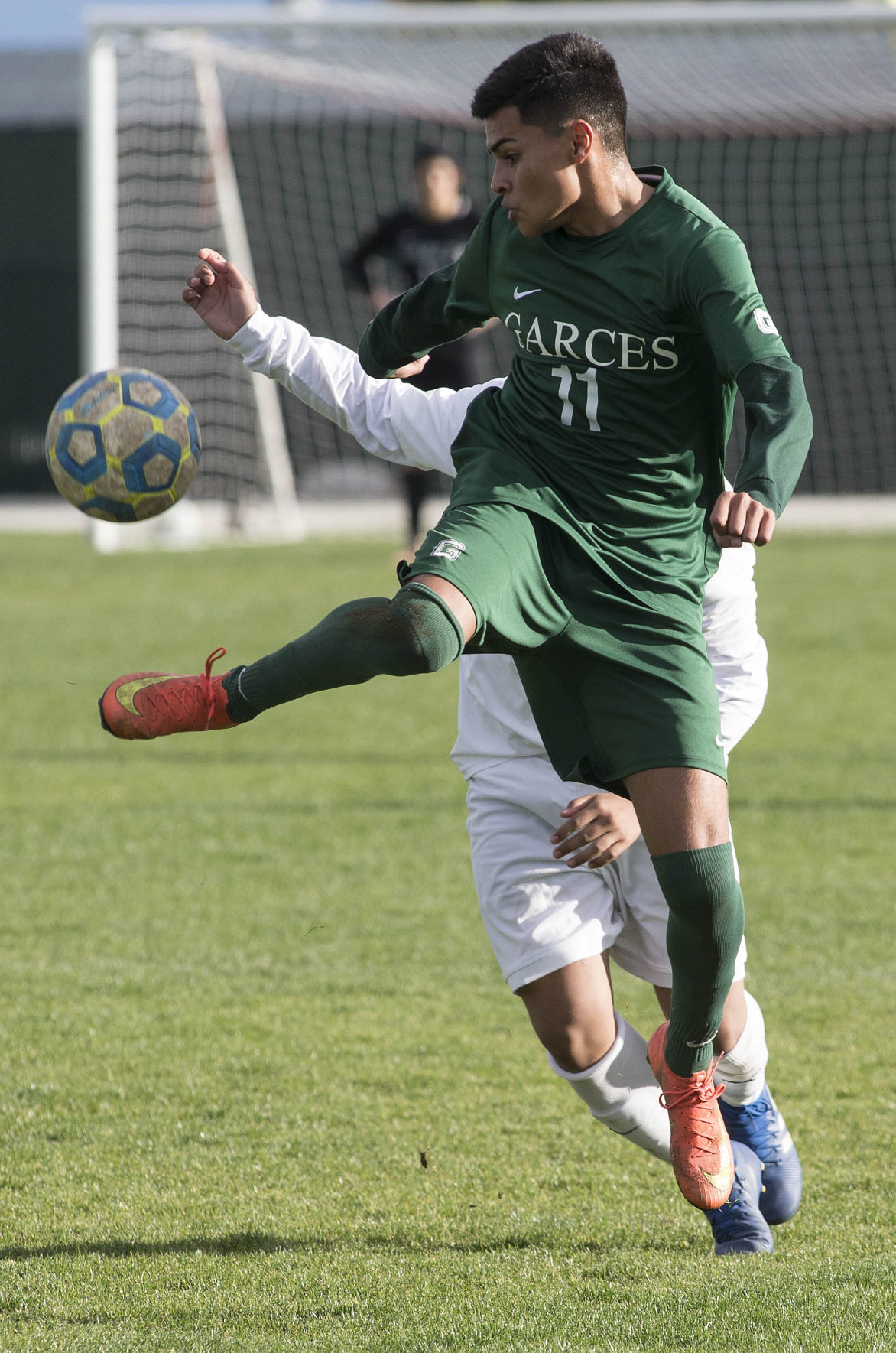 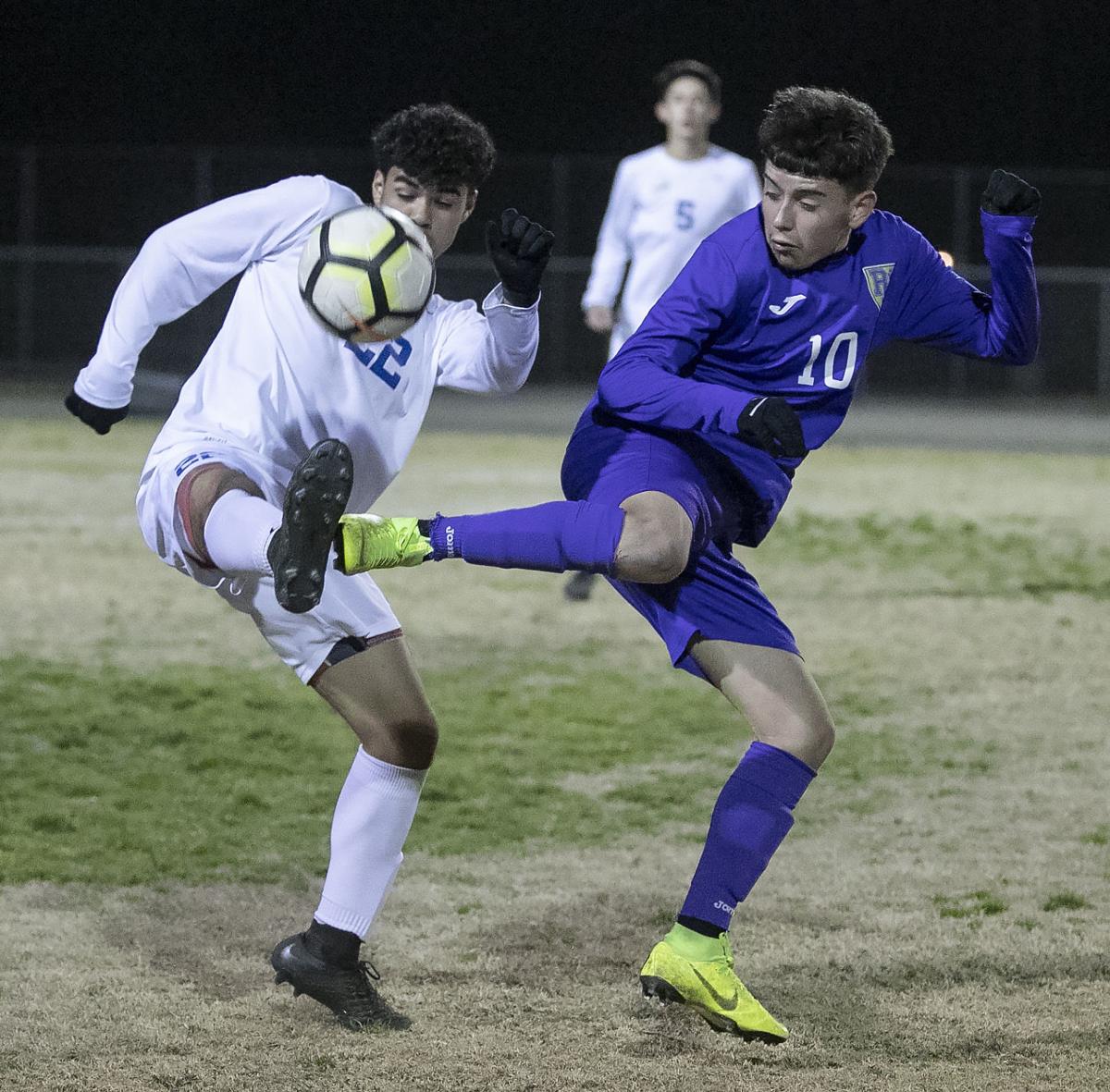 Ebubechukwu Ekpemogu prepares for a shot on goal against Liberty of Madera.

Kylie Lopez (12) from Highland lands a header during a soccer match against Independence.

Marco Ceja connects with the ball against Clovis.

While basketball generally gets the most notoriety, it isn’t the only popular high school winter sport.

And with good reason.

Local high school soccer teams have featured a plethora of outstanding players and done extremely well in the playoffs in recent years.

Back for the Rams this season is reigning BVarsity All-Area player of the year Ebubechukwu Ekpemogu.

The ultra-talented striker tallied 43 goals and 8 assists for Garces, which lost only two of 32 games last season.

Ekpemogu is joined up front by another highly dangerous offensive threat, Moises Cisneros, a 2018 All-Area First Team selection who had 28 goals and 18 assists a year ago.

Garces’ backline will be anchored this year by a pair of All-Area Second Team defenders, Angel Navarro and Aldo Pantoja.

With Ceja (21 goals and 9 assists) and Navarro (20 goals 8 assists) leading the way, Ridgeview made it all the way to the Central Section Division I championship game last year.

Regardless, the Trojans, guided by 2018 BVarsity All-Area Boys Soccer Coach of the Year Ty Rose, still have plenty of talent to compete for another section title.

On the girls side of things, Arvin was the only Kern County team to win a section championship last year.

Sanchez, an All-Area Second Team selection, had 13 goals and 5 assists during her rookie campaign.

The Blades’ Serena Rodriguez was named the Southeast Yosemite League defensive player of the year, while teammate Laila Baamuer notched a team-high 30 points (13 goals and 4 assists).

The Blades will be trying to knock off defending league champion Highland for the SEYL title.

The Patriots have dominated the SWYL since 2016, posting a 28-1-1 record in league games, while winning three straight league titles.