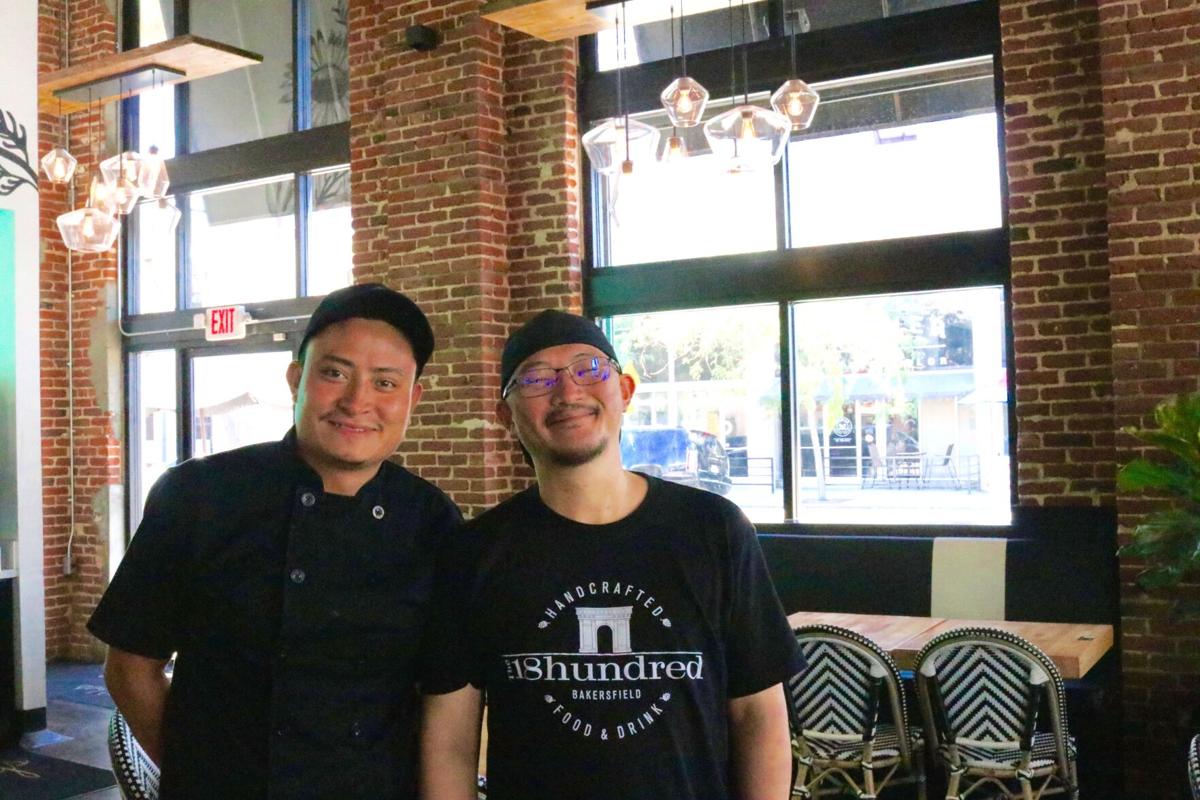 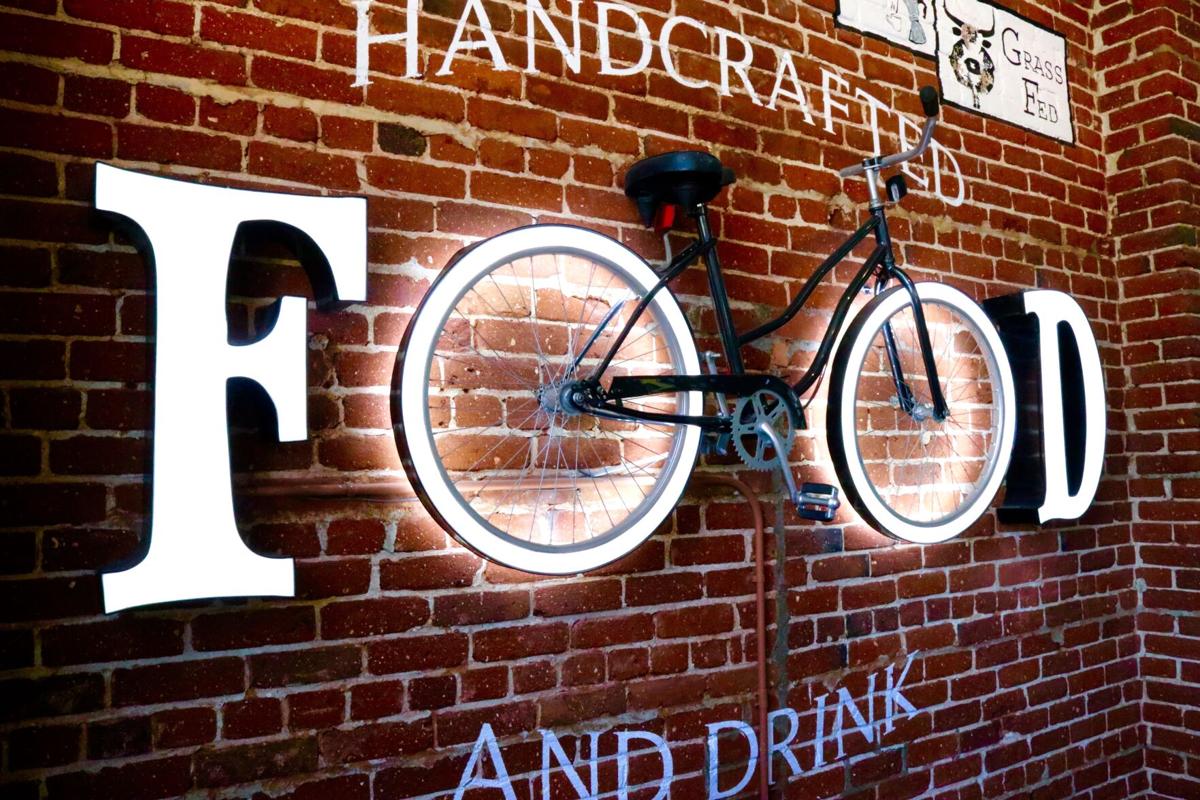 The 18Hundred gives guests a fine dining experience with a plethora of options from burgers to octopus, handcrafted cocktails to beautiful Instagrammable milkshakes. The chef and kitchen staff play a huge role in the experience people have during a visit.

The 18Hundred gives guests a fine dining experience with a plethora of options from burgers to octopus, handcrafted cocktails to beautiful Instagrammable milkshakes. The chef and kitchen staff play a huge role in the experience people have during a visit.

Many shows and movies have glamorized the idea of working in a kitchen or the lifestyle of a chef in a restaurant. Someone who is wearing the white coat, receiving the applause for a magnificent dish and the fast-paced movement in the kitchen. But there’s a lot more that goes on behind the scenes.

Kato’s love for food began early in his childhood, as his parents were restaurant owners — his dad a sushi chef — and they lived right above the family restaurant in South San Francisco.

There’s even a photo of Kato sleeping on a bag of rice as a child. It’s always been in his blood to stay in the food industry.

“It’s always been a part of my family to feed and eat and be around food,” Kato said. “And while we’re eating, we’re talking about what we’re going to eat next.”

Kato went to Le Cordon Bleu, a culinary school in Pasadena, and eventually worked at the Peninsula Hotel in Beverly Hills for nearly five years, as well as other fine-dining restaurants in the hotel industry.

Then he came to Bakersfield, where he previously worked at The Padre Hotel and more recently, Dot x Ott, before taking the offer at The 18Hundred.

What does Kato love most about his role in the kitchen?

“I feel the most satisfied in the kitchen, especially during the development stage of having someone like Carlos learn a new technique, just being done a different way,” said Kato.

Currently, Sosa is learning under Kato’s direction in the kitchen, but it isn’t lost on Kato the impact and role that Sosa plays.

Kato said the chef is only as good as the team, and he has a good team around him. He credits the ordering and receiving staff as the “unsung heroes” of the kitchen.

Sosa arrives anywhere from 5 to 6 a.m. to do the receiving in the kitchen, which Kato said is “a really key part of any kitchen.”

Once that part of the morning is complete, Sosa starts prepping for the breakfast rush. When breakfast starts, Sosa is the one controlling the kitchen line.

“He is the driving force in all of them,” said Kato, noting that Sosa gets very minimal days off, because of how important he is to the kitchen and the team.

When breakfast has finished, Sosa starts preparing lunch, as well as dinner, which Kato takes over when he comes on later in the afternoon until the end of the evening.

What keeps Sosa so invested in his work or willing to make sacrifices?

“If it’s something you like to do, you’re going to do it no matter what,” said Sosa.

Sosa has worked for the owners for a while now, starting at Fabulous Burgers, which the owners also manage.

Sosa now knows how to operate the times and the team in the kitchen, and how to organize it all.

“Once you already know what to do, then you have to do it right,” said Sosa, also adding that he’s always open to receiving any good feedback, especially from Kato.

Since Kato has been the chef, he’s implemented a few more things to the kitchen to make lives easier when it comes to efficiency and saving time, by either using the right equipment or showing them another way to do it.

When those who visit The 18Hundred have a milkshake and are laughing with their loved ones — while snapping photos — it makes those who have prepared the meals feel very honored.

“That’s what we see in the kitchen, and that’s what drives us to come back the next day and do it even better,” Kato said.

The chef and kitchen staff at the establishment want to be part of that and make the experience great for their guests.

“One dish that I am most proud of is something me and the owner collaborated on,” said Kato.

The owner, Foti Tsiboukas, came to Kato randomly one day and gave him the task of making something with octopus.

Kato got to work and came up with a creation, which can now be found on the menu next to the burgers, onion rings and milkshakes.

It’s a braised octopus in portions, which they sear to give just a bit of char, then toss with lemon juice and lemon pepper. It is then put on a bed of cucumbers, tomato and red onions with red wine vinaigrette. It’s finished off with cayenne pepper and topped off with a lemon wedge.

“It’s an incredible dish that I'm so proud of anytime that someone orders it,” said Kato.

Kato appreciates that people in the community have gotten on board with some of the ambitious dishes, such as the octopus, which makes him hopeful for the food scene in Bakersfield in the future.

During Kato’s time at culinary school, the instructor told them to look around, and that many of those people would not be there during graduation.

He was right. Week after week, they “dropped like flies” because people tend to have a glamorized idea of what it means to work in the food industry.

It’s the hard work and determination that will carry someone through.

“And if that deterioration doesn't affect you and you think, ‘OK, you know what, I'm going to prove this person wrong.’ That's what I want to see,” said Kato.

Kato is passionate about teaches and passes along the knowledge he’s learned from his mentors along the way.

“You feel happy with someone who shows you they can do it better than you,” Kato said.