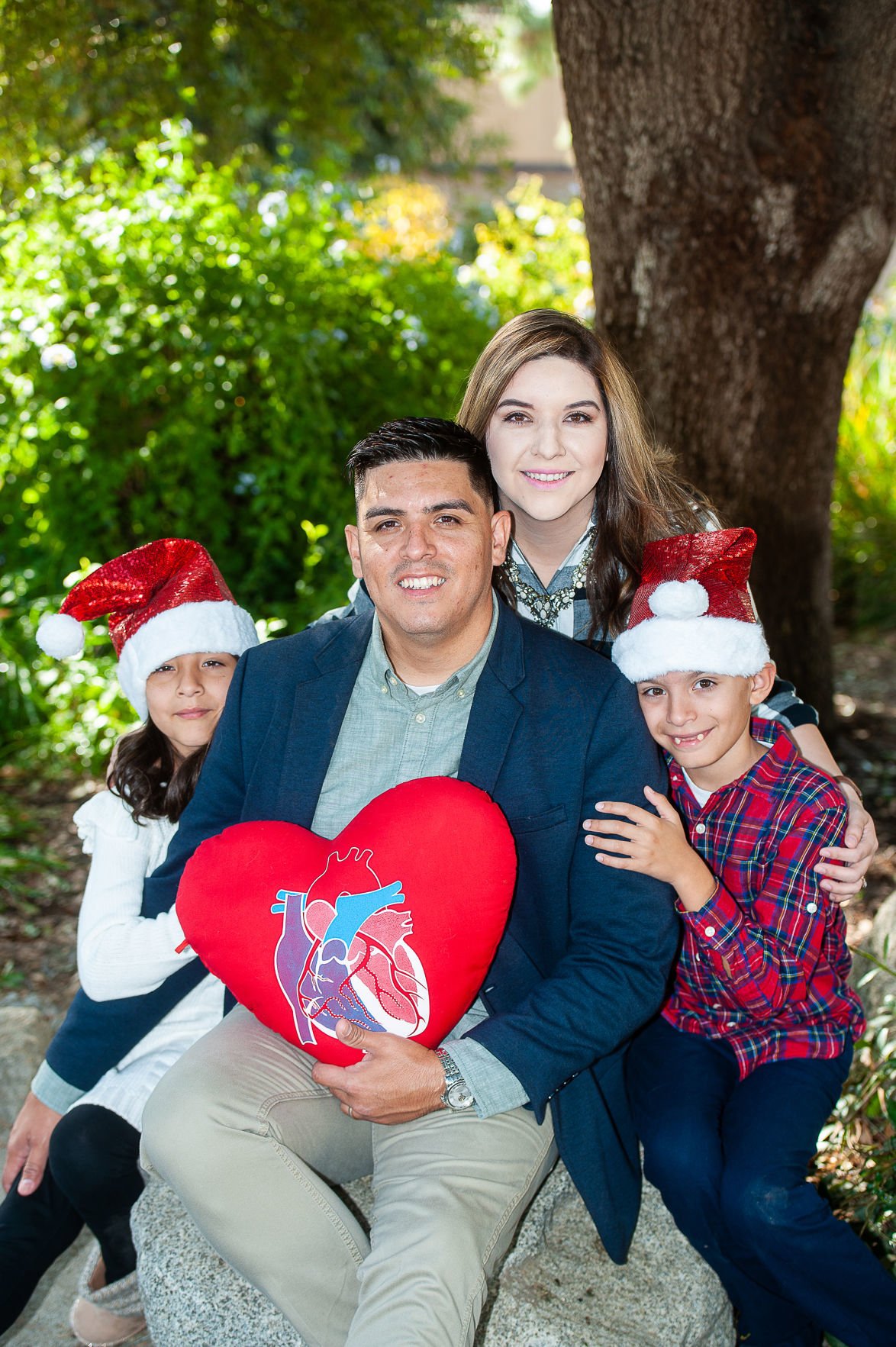 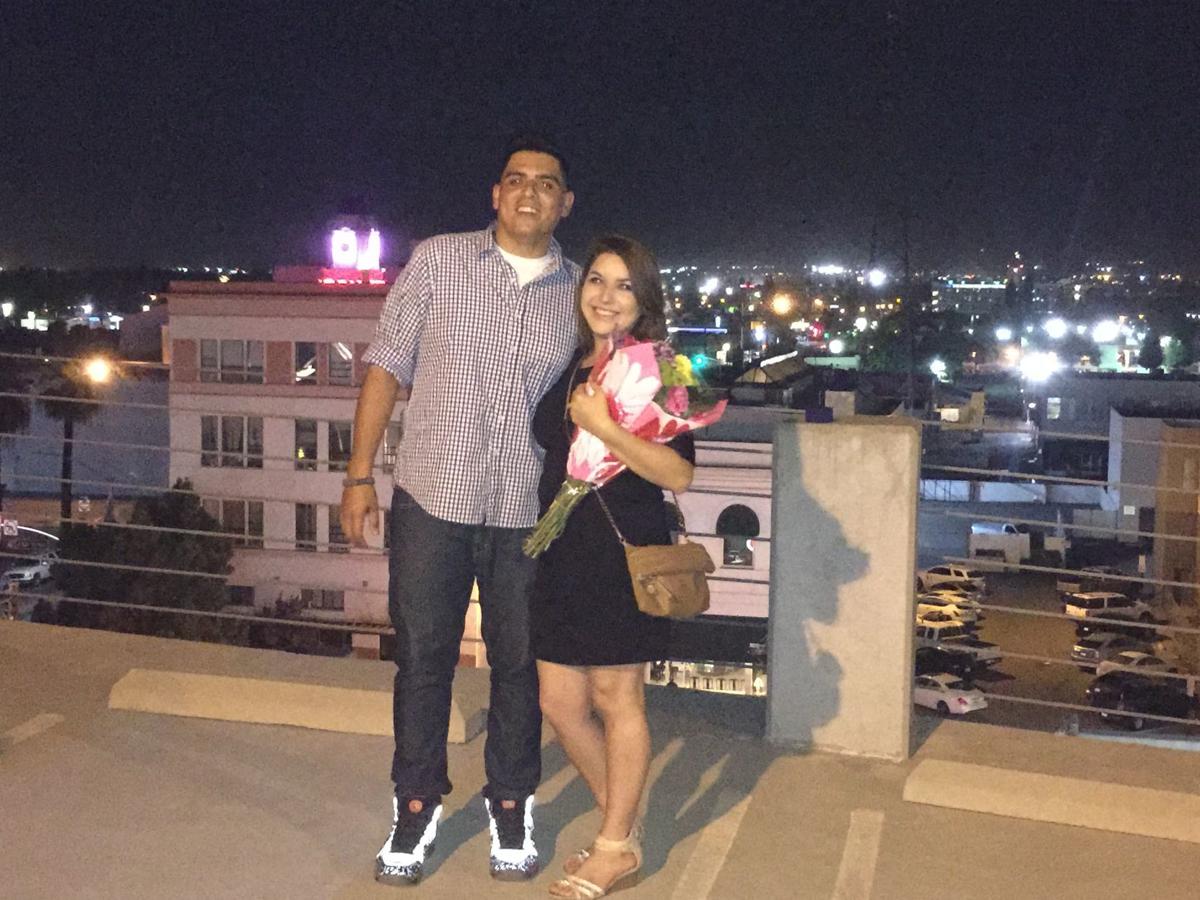 A photo taken moments after Victor Barrera proposed to Sasha Saldana on August 2015, after only a few months of dating. 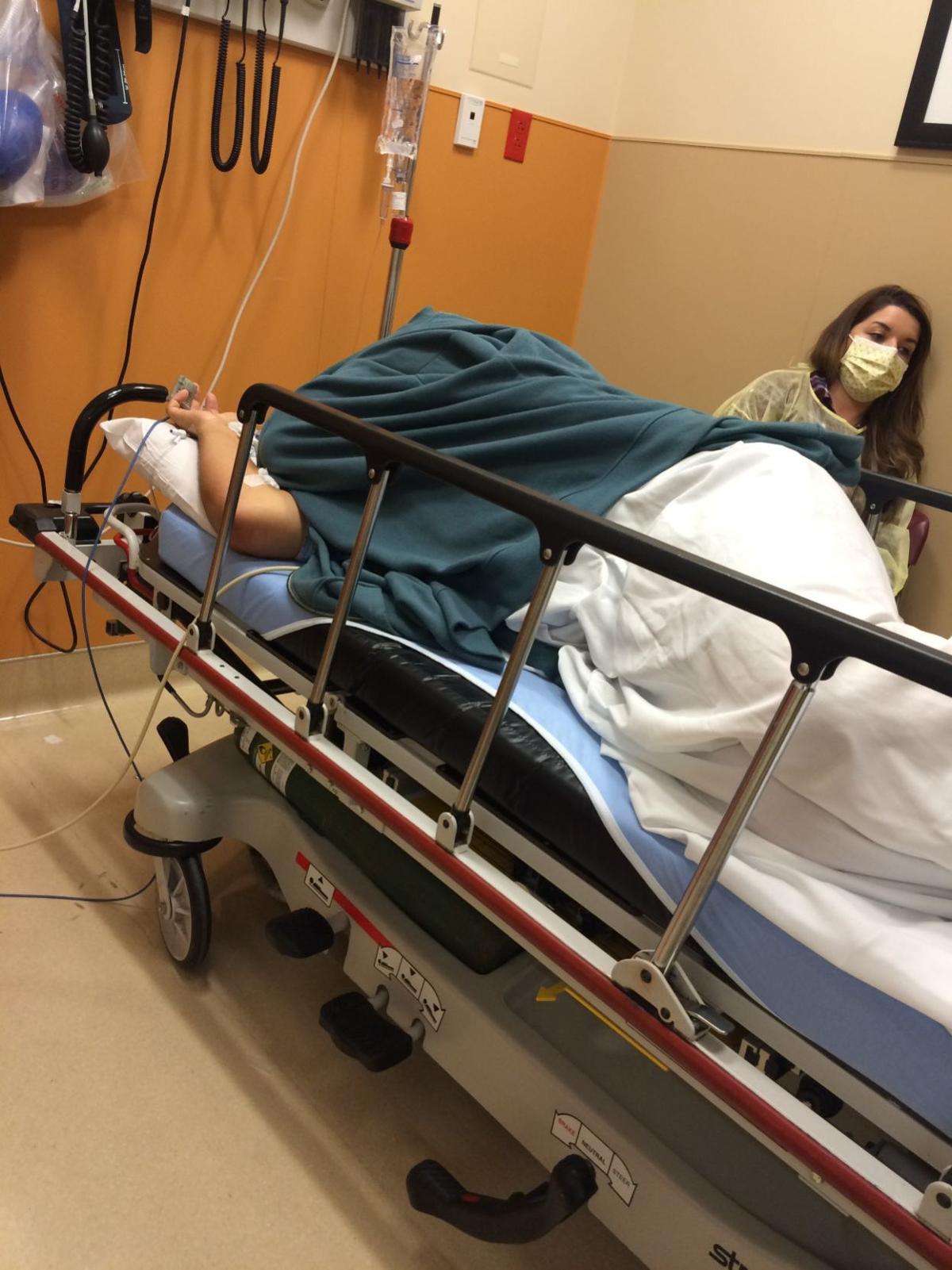 Victor Barrera in the hospital when he was diagnosed with bacterial meningitis in April 2015. 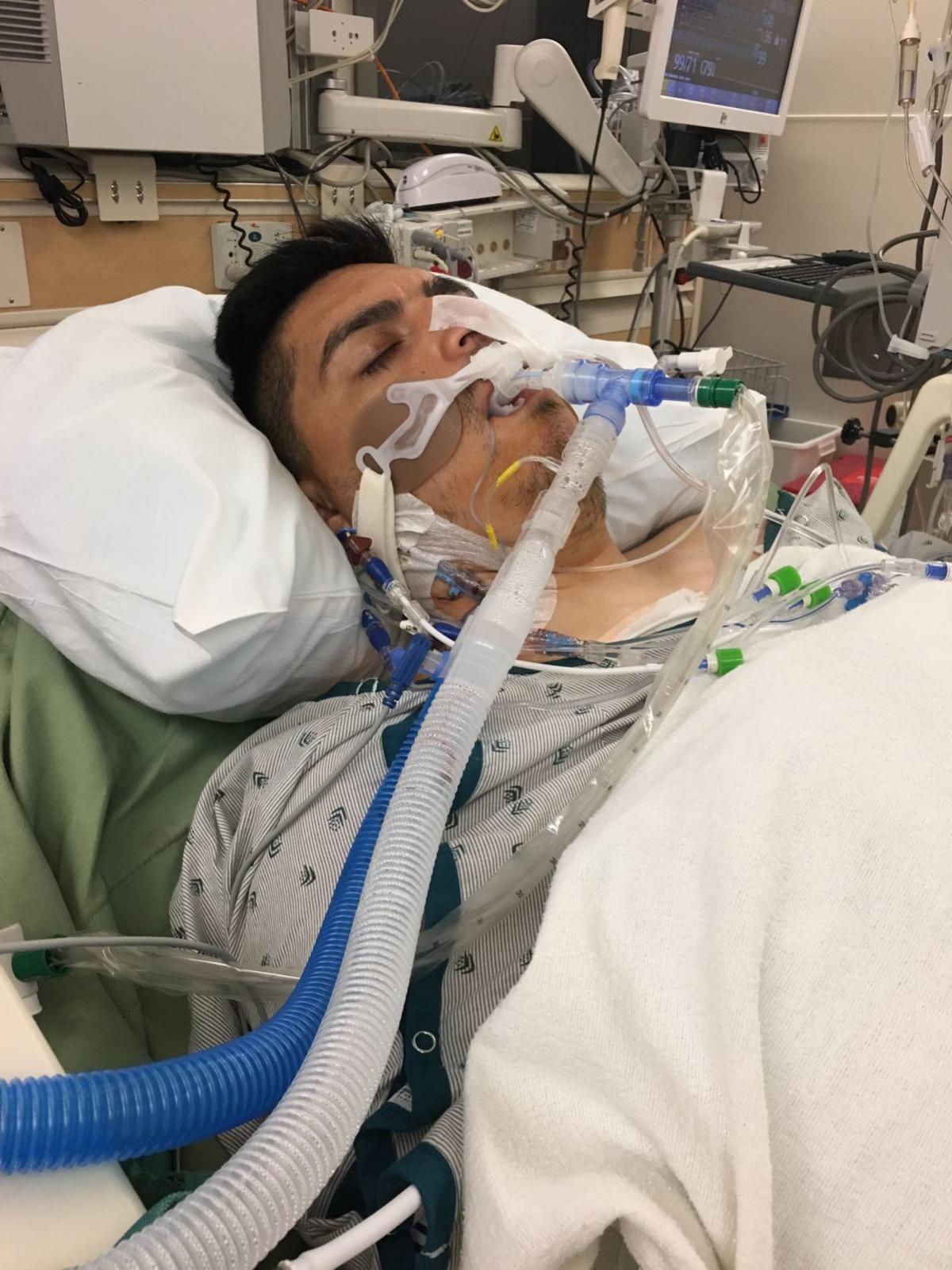 Victor Barrera in the ICU hours after his open-heart surgery. 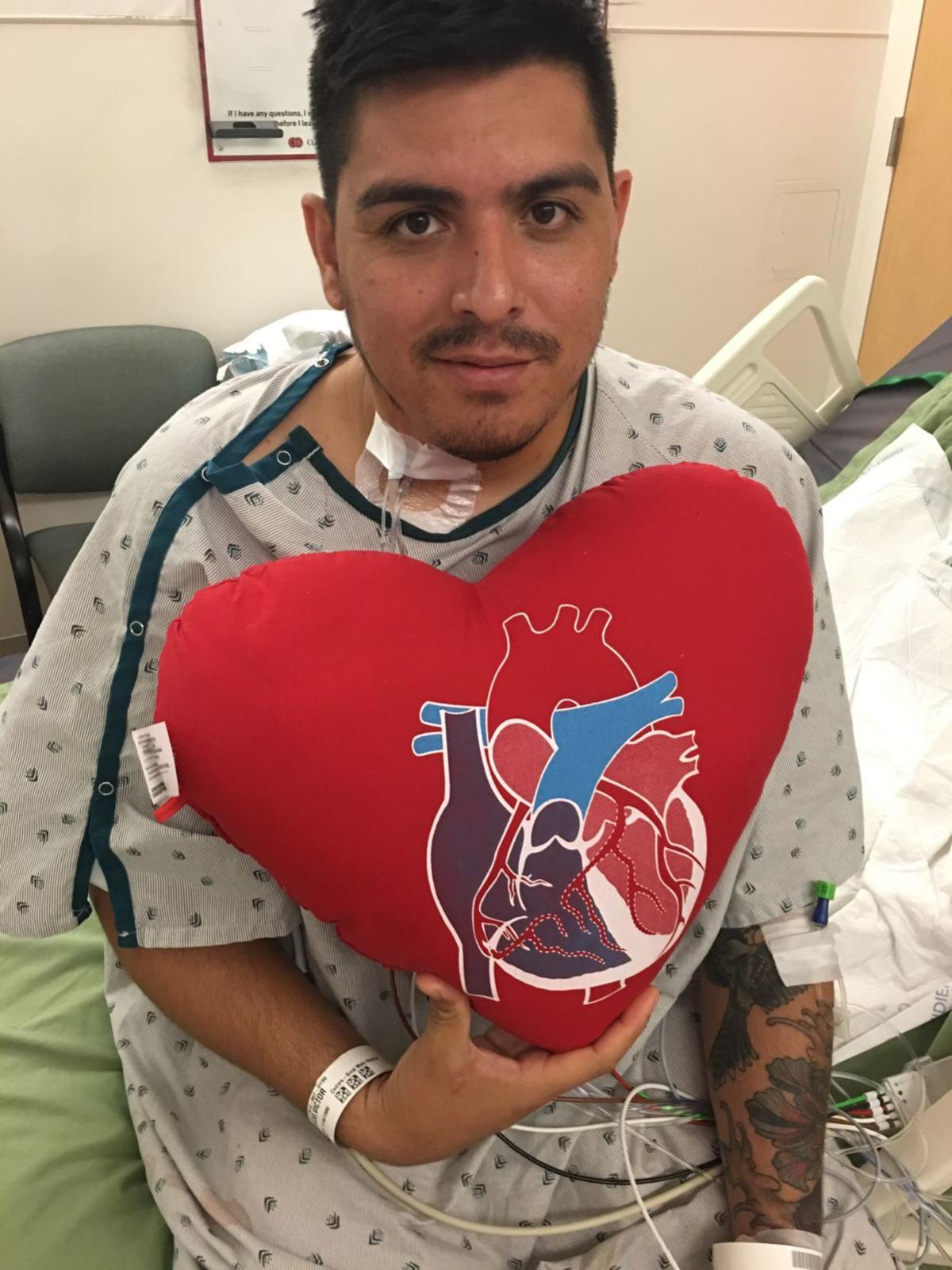 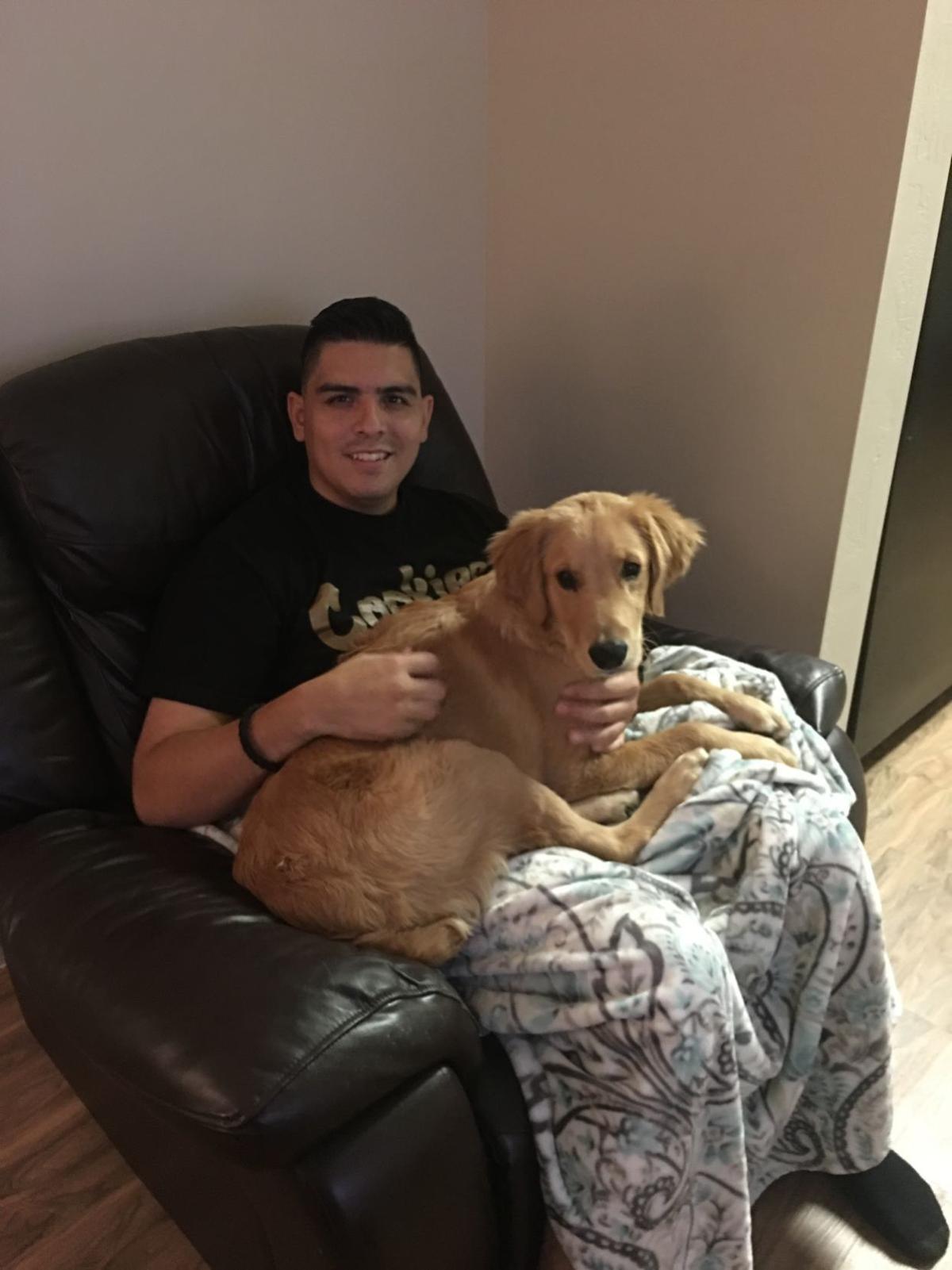 Kobe comforting Victor Barrera while recovering after his open-heart surgery on June 2016. 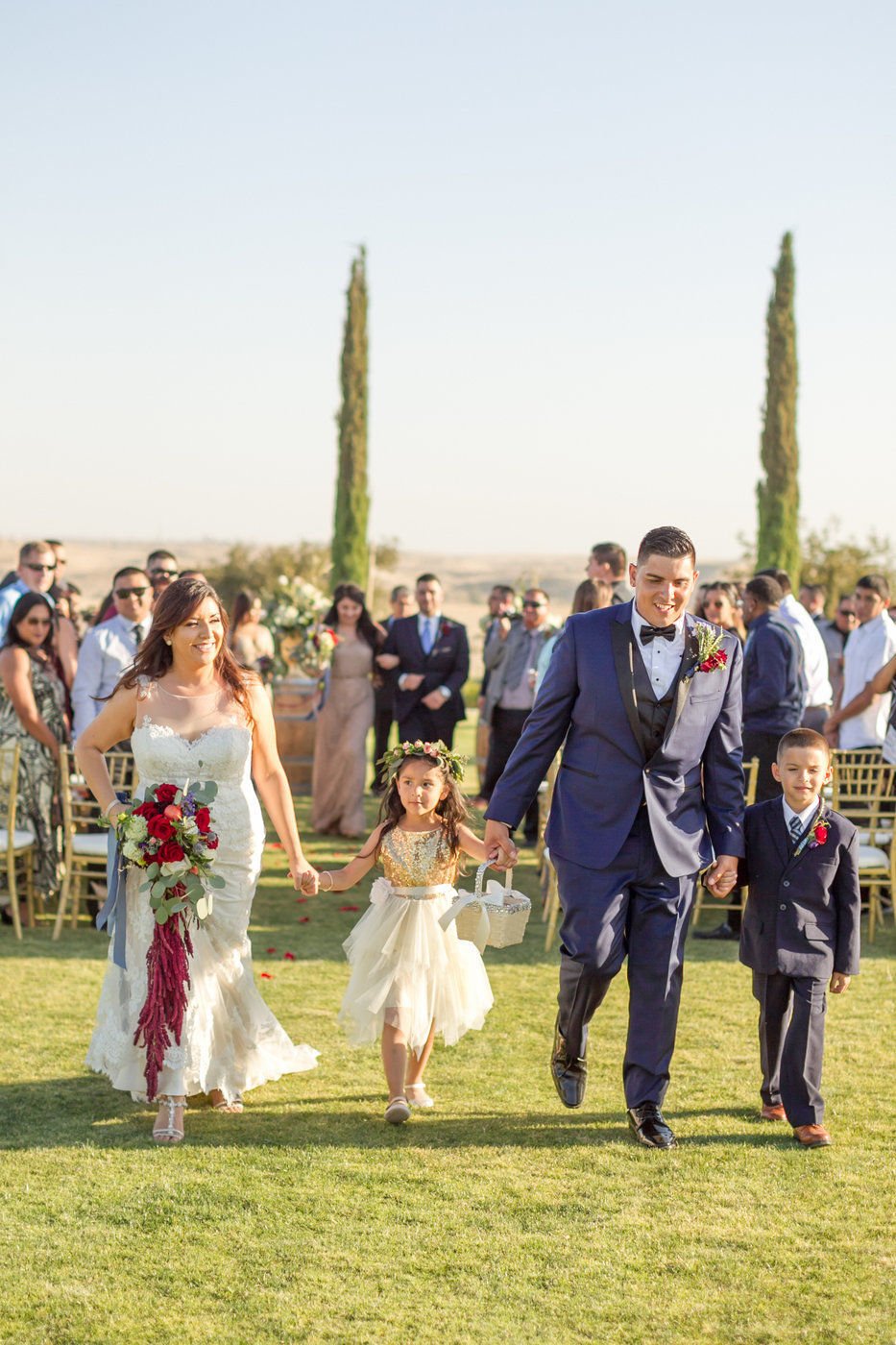 The Barrera children with Victor and Sasha on their wedding day on September 2016.

A photo taken moments after Victor Barrera proposed to Sasha Saldana on August 2015, after only a few months of dating.

Victor Barrera in the hospital when he was diagnosed with bacterial meningitis in April 2015.

Victor Barrera in the ICU hours after his open-heart surgery.

Kobe comforting Victor Barrera while recovering after his open-heart surgery on June 2016.

The Barrera children with Victor and Sasha on their wedding day on September 2016.

Life for Victor Barrera was ordinary. He was working as an IT technician for a company in Shafter and was in a relationship with his hometown sweetheart, Sasha.

But during a hiking trip to Yosemite in 2015, Victor began to feel pain through his back and neck. As the pain went on a week later, he noticed little things about his health.

“I felt like the back of my head was ripping open. I asked my dad if he could take me to the hospital because I felt like I was dying,” he said.

Feeling uneasy, both Victor and Sasha knew something was wrong once doctors examined him.

“He said it was the worst pain he’s ever had. From the time the doctors were coming in and out, one doctor finally came in and told him what he has,” said Sasha.

Doctors informed Victor that he had caught bacterial meningitis, a bacteria that gets into one’s bloodstream and travels to the brain and spinal cord to start an infection.

“My only objective was to survive. I didn’t realize how life threatening my meningitis was. I thought I had the flu. They told me I was dying,” said Victor.

Though Victor fully recovered from his illness, he said the support of Sasha and his family kept him going.

Moving on with his life a year later in 2016, Victor felt good about where he was and officially married Sasha in September. In the next few months, what Victor thought was the flu during his regular doctor’s checkup turned out to be something more than he expected.

When asked if he had a heart murmur, Victor responded that he wasn’t aware but was sent to a cardiologist where he soon found out he needed open-heart surgery.

Describing it as an out-of-body experience, Sasha said she felt like the room was spinning and the situation felt unreal.

Victor’s doctor informed him that everyone has aortic valves that have three leaflets; these leaflets open and close while allowing blood to flow. His doctor told him that he has 2 ½.

“Blood that’s supposed to go in my upper half is draining back out of my heart so it’s not retaining all the blood up top,” said Victor.

With the help of his best friend at Cedars-Sinai in Los Angeles, Victor and Sasha made the trip to hear a second opinion from a specialty cardiologist.

Understanding that their new doctor has performed surgeries similar to Victor’s put his mind at ease, but surgeries like this don’t usually happen around Victor’s age.

Going through a difficult time, Sasha didn’t know what to do in regard to preparing for this life-threatening situation.

The website is a resource for both patients and caregivers connecting, educating and supporting people.

“Maybe it’s not as bad as they’re saying it is. That community helped us a lot and helped us understand it. We made a lot of online friends and they provide resources,” Sasha said. “They told us about coping mechanisms for Vic and prepared for the surgery to make it an easy experience.”

From getting married to a few months later discovering he needed surgery, Sasha explains her marriage with Victor has been an emotional roller coaster.

“You don’t think when you get married those vows ‘in sickness and in health’ would come into place so quick,” Sasha said. “ Everything was emotional and seeing him signing all his papers was the hard part.”

After waiting long hours, the doctor informed Sasha that Victor’s surgery was a success and he would be here for many more years.

Victor admits that his recovery was not an easy road.

“The tricky part with the heart surgery is that you always have to have compression on the incision so they gave me a heart pillow. When you sneeze, you have to hold it or else your chest will pop,” said Victor.

Before his open-heart surgery, both Sasha and Victor came up with a way to cope with life post-surgery and one method was bringing a dog into their lives. Shortly after the surgery, the couple found their way to their golden retriever Kobe.

“I focused a lot of my time and energy training Kobe and that really is what helped our family,” said Victor.

After the surgery, Victor made changes to his lifestyle by becoming active and consuming healthier foods.

“I try to do activities now, like taking Kobe out or playing with the kids. Changing my diet by juicing while having the occasional taco,” he said. “I try to be more mindful of being out and not being confined in the house so much.”

Experiencing the surgery made Victor and Sasha realize many things – one of them being pursuing their photography business full time.

“After all that happened, we put things into perspective and it made us think differently. If you weren’t here tomorrow, what would we do and let’s make that happen. Our goal was to go full time with photography so we could be together throughout the day,” said Sasha.

Sasha said she and Victor use their story to help others, while Victor occasionally visits the website that helped him and Sasha through their time of need to reassure other people that they will be OK.

“I never realized in the midst of surgery how much I took for granted, even just being up and outside. Now that I’ve recovered fully and I’m living it up, we go out more and we’re intentional with our time together,” said Victor.

Sasha and Victor make it a point to “live in the now” while focusing on helping others and supporting their family members.

“After all that, I gained my faith. I became stronger because of it and I think he did, too, most of all,” said Sasha.