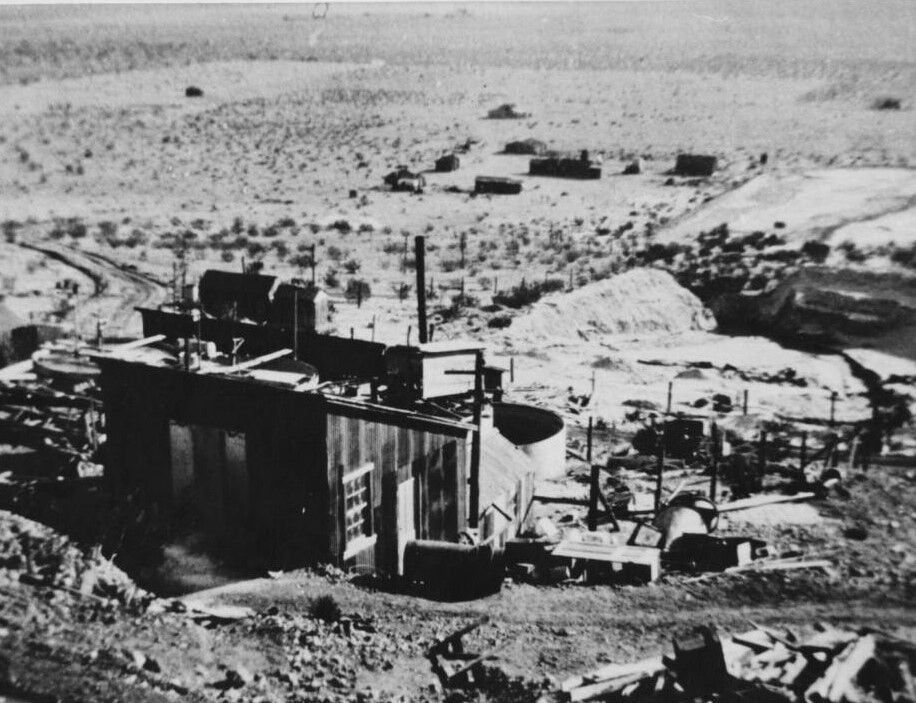 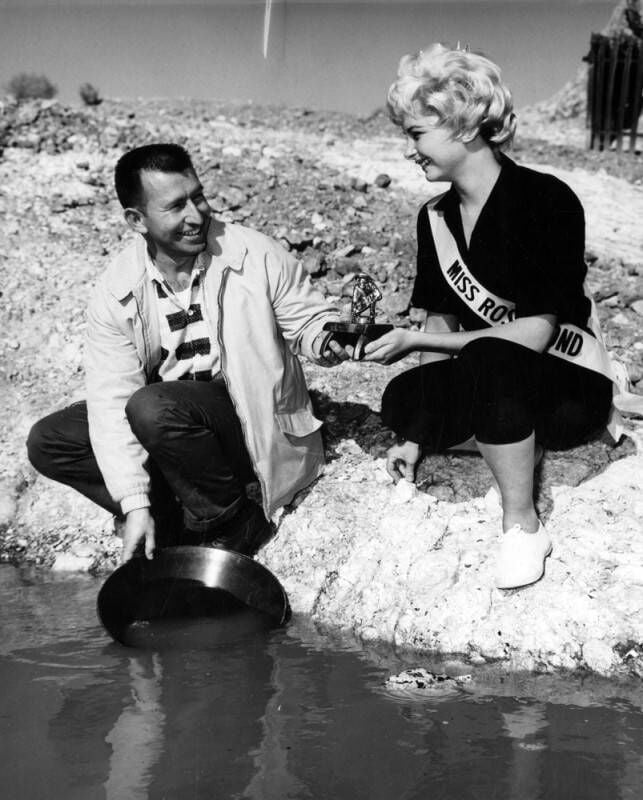 Charles Degan of Lancaster is presented a trophy by Shirley Rake, "Miss Rosamond."

Charles Degan of Lancaster is presented a trophy by Shirley Rake, "Miss Rosamond."

“Thar's Gold in Tropico!” read the headline of the Jan. 30, 1960, Bakersfield Californian. No, this was not the start of another gold rush in Kern County but was the announcement of another year of amusement at the Tropico Gold Mine Camp.

Located five miles west of Rosamond, the “ghost town” encompassed 200 hillside acres and drew thousands of visitors each year from all over the world.

Before becoming one of Kern’s most popular tourist attractions, Tropico Gold Mine Camp’s history as a highly profitable mine stretches back to 1894 when Ezra Hamilton first discovered gold in what was a lucky accident. He owned a clay pit at the bottom of the hill for use in his Los Angeles Pottery Company when he came upon gold higher up the hill.

In 1909, the Tropico Mining and Milling Company took over operation and in 1924 brothers H. Clifford and Cecil Burton became the owners of the mine. After it became too expensive to continue operations, the mine was closed on May 4, 1956.

But soon Glenn and Doreen Settles, who was the daughter of H. Clifford Burton, saw an opportunity to preserve history and operate the only gold mine and mill open to the public in the state of California.

On Jan. 25, 1958, the Tropico Gold Camp became an instant success as visitors were transported back to the days of the old West. In addition to the original buildings left behind, the Settles, along with the East Kern-Antelope Valley Historical Society, added the schoolhouse from Old Palmdale, the Palmdale Southern Pacific depot, mining buildings from neighboring old mines, and old homes of pioneer residents, an old country store, fire house, post office and assay office, barber shop, blacksmith shop, a shed filled with old automobiles, and the main museum. To add to the authenticity, a “boot hill” cemetery was created. Guided tours took visitors into the main tunnel where they could see visible veins of gold.

Each contestant was given a 10-inch gold pan filled with crushed gravel and eight small gold nuggets. The winner was determined by the quickest time uncovering the nuggets, free from all gravel. The first winner was Charles Deegan of Lancaster and in 1963, Mrs. Frankie Lowry of Cantil, who was the only woman to enter the contest, was named the new world’s champion gold panner.

In 1975 the Settles sold the Tropico Gold Mine Camp and within a few years it was permanently closed to the public. Now privately owned and surrounded by fences with no trespassing signs, one can still get a glimpse into Kern County’s mining past, but only from a distance. 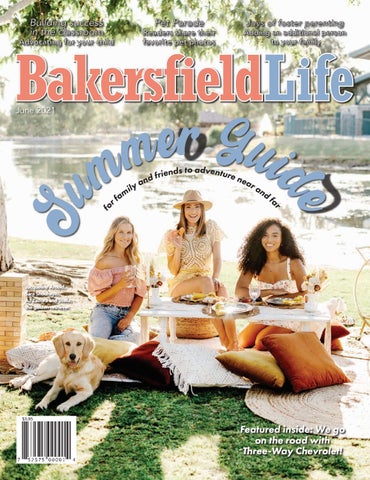