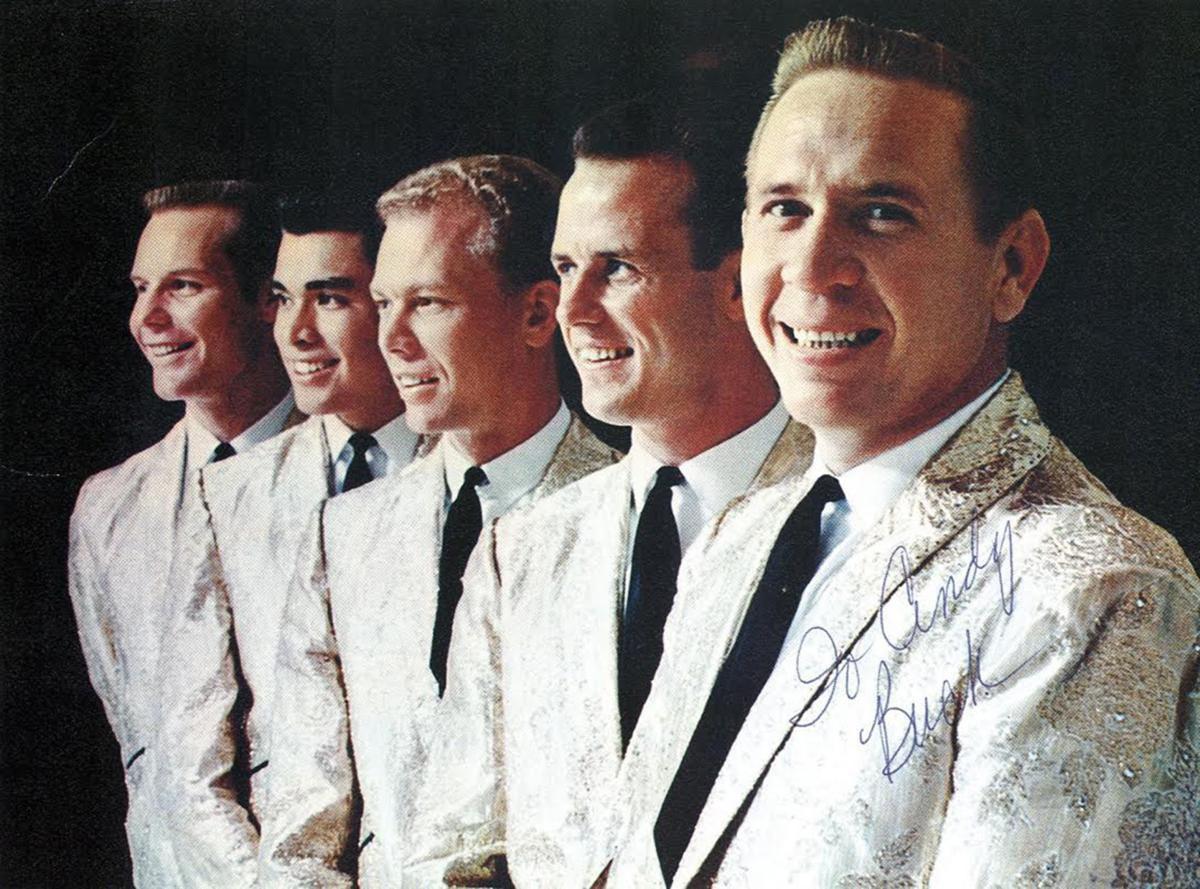 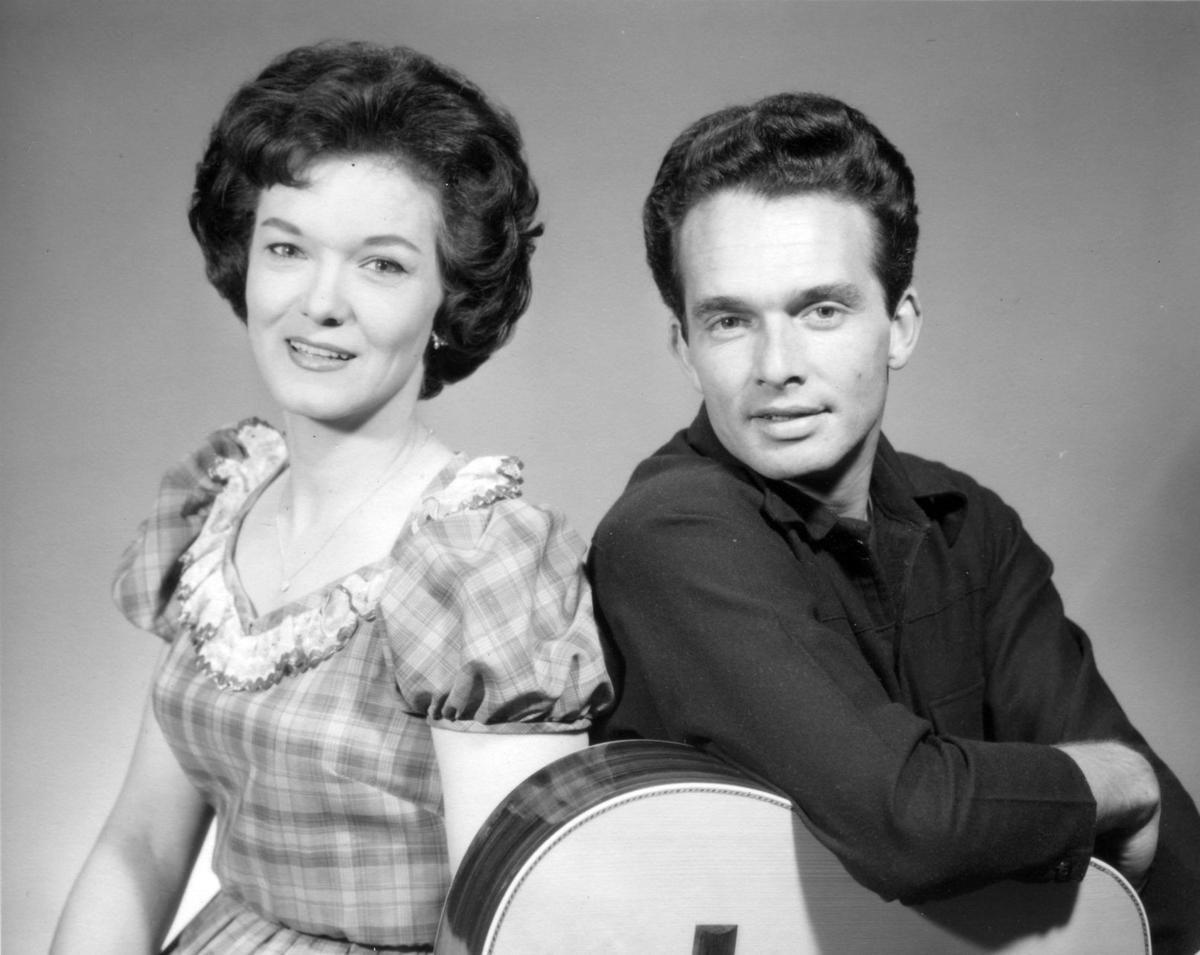 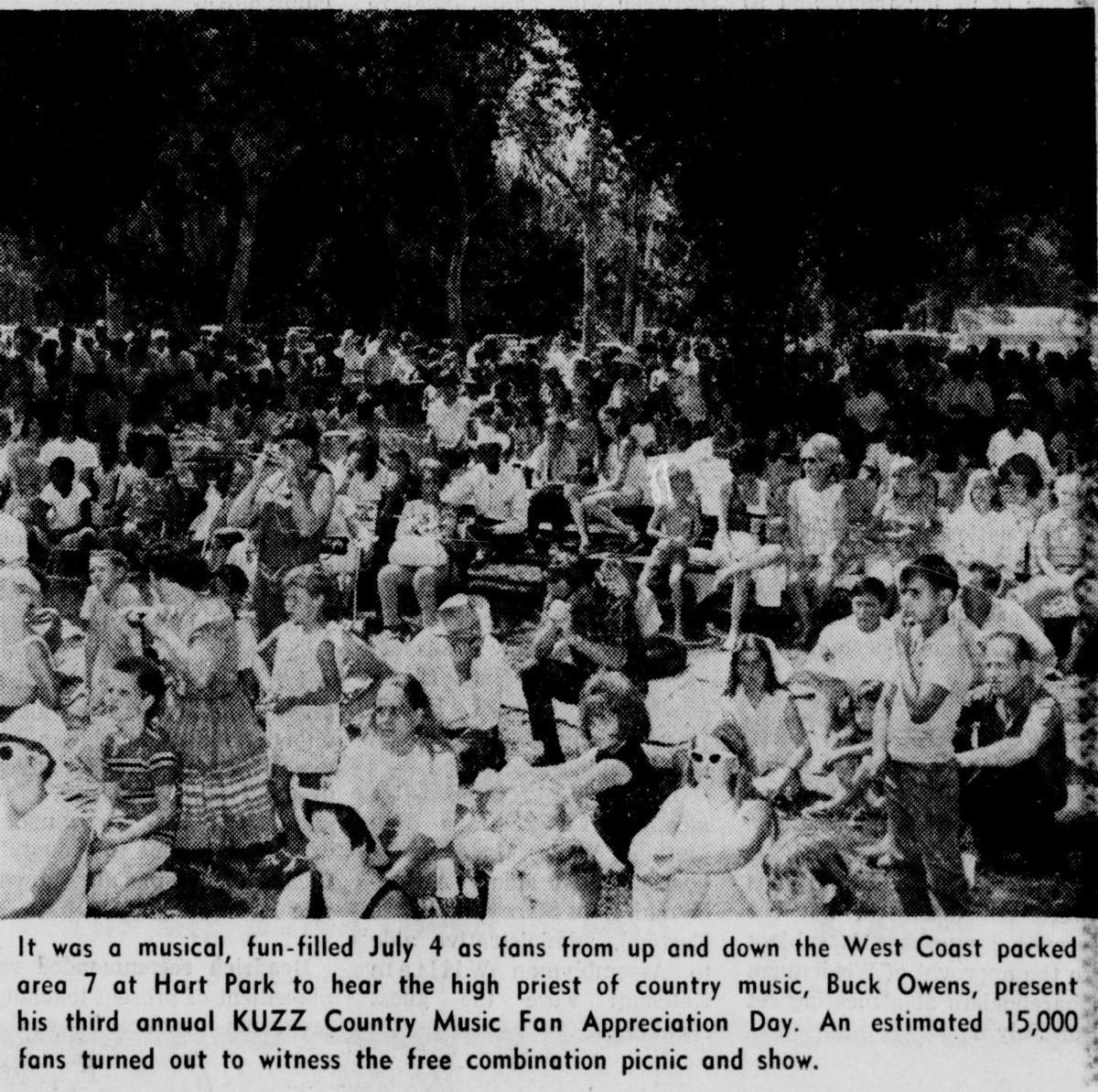 The late 1960s and early 1970s marked the beginning of the world’s fascination with music festivals. These festivals gave fans the opportunity to enjoy a multitude of their favorite artists all in one place. Although the artists were the draw, it was the love of the fans that made the events a success.

In what might be considered Bakersfield’s own early version of Stagecoach, California’s largest country music festival, the Fun in the Sun Day celebrated the country and western music fans of Bakersfield.

Buck Owens knew there was nothing more important than to show his gratitude to the fans — especially the hometown fans. He decided the best way to do this was with a free concert in the park. Organized by Owens and KUZZ Productions in 1965, 4,000 fans showed up to Hart Park on a warm August Sunday excited to enjoy a picnic and listen to the songs of their favorite artists.

What started as a small local gesture of gratitude for local country-western fans soon grew, as fans from all over Kern County awaited the next Fun in the Sun.

Eddy Briggs, national promotion director for Owens, stated to the Aug. 6, 1966 edition of The Bakersfield Californian that: “We thought country music lovers would like another chance at it. We expect to have close to 10,000 attending this year.”

What the promoters did not expect was that the number of fans who showed up tripled from the previous year to over 12,000! The entertainment program that year included Owens and his Buckaroos, Merle Haggard, Bonnie Owens, Joe and Rose Lee Maphis, Bobby Durnham, Jeannie O’Neal, Freddie Hart and Kay Adams.

On July 4, 1967, fans once again turned out en masse for the third annual Fun in the Sun Country Music Fan Appreciation Day, but that year the festivities would also include an opportunity to participate in the city’s Fourth of July fireworks celebration in the evening. Originally scheduled to start at noon, the expectation of large crowd prompted the promoters to move the start time to 10 a.m. As anticipated, more than 15,000 showed up to Hart Park’s Area 7 to enjoy seven nonstop hours of entertainment. Joined by an all-star cast of country and western artists, Owens and his Buckaroos performed in front of the fans who came from near and far to attend the free event. Due to the popularity of the previous years’ shows, radio stations from up and down the West Coast brought fans to Bakersfield in buses specially chartered for the occasion.

In 1969, the Fun in the Sun event entered its fifth year and continued to draw large crowds of country and western music fans. The festival had become so popular that, according to the June 14, 1969, Californian, “The country music extravaganza often draws artists and fans from throughout the county.”

Fame cannot exist without the fans and Owens and his musical peers knew exactly how to thank them.