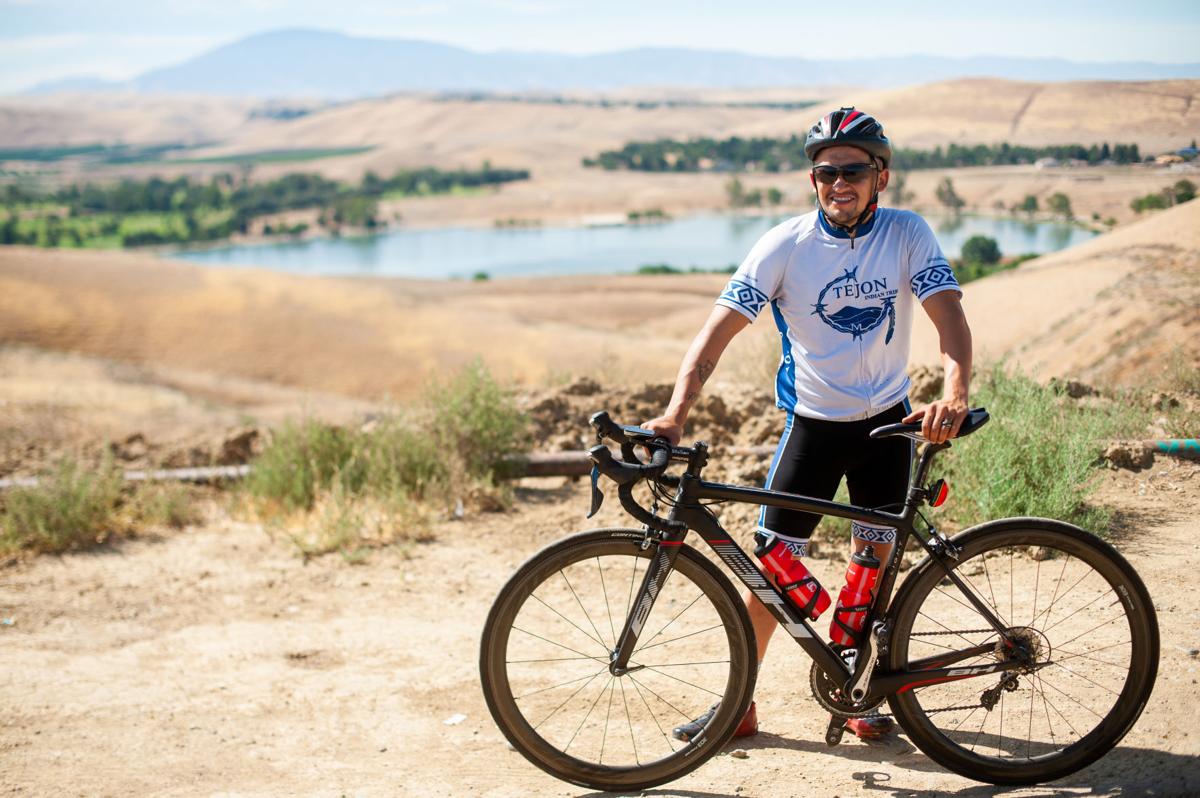 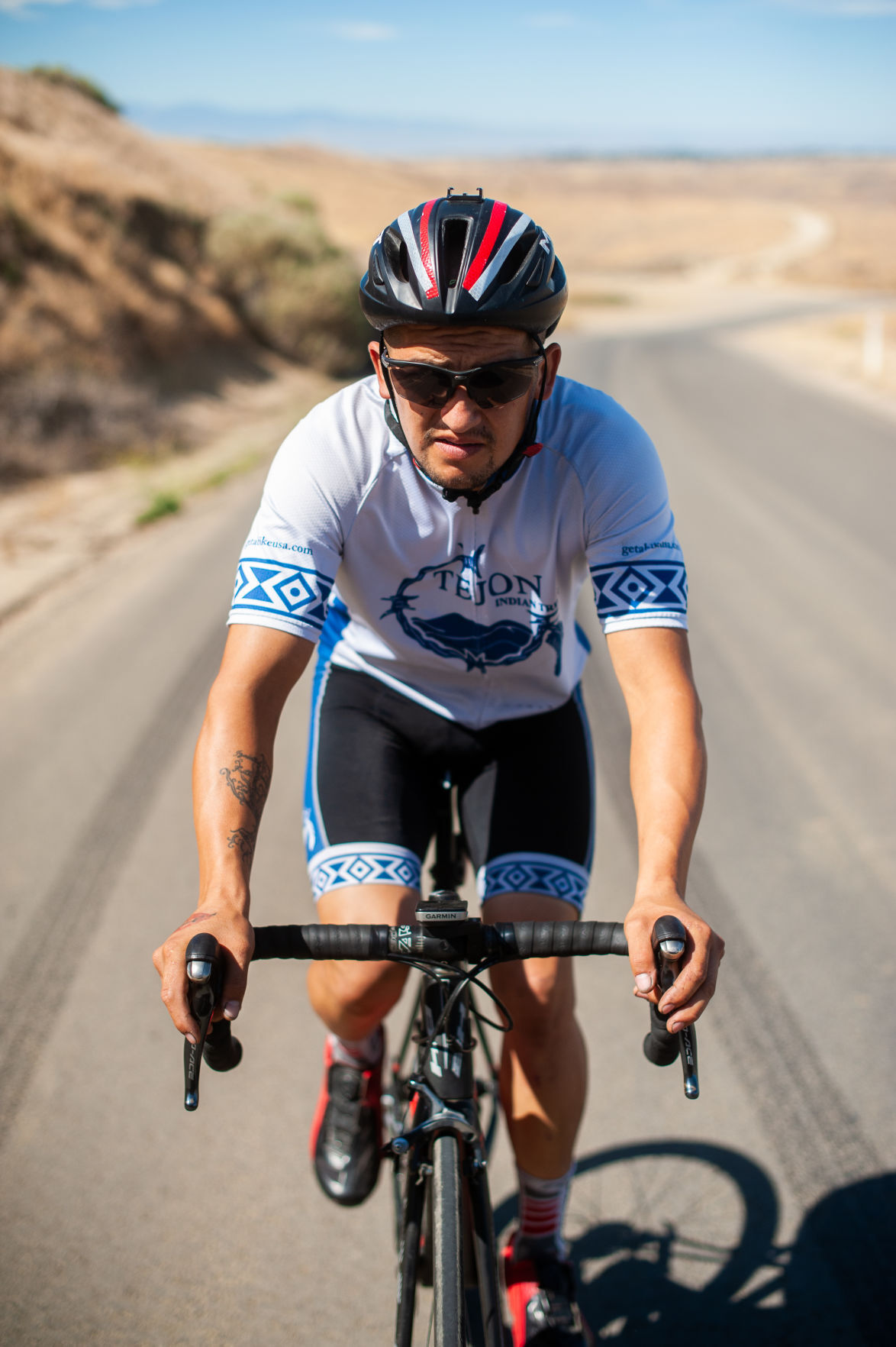 Alcohol consumed his life for the better part of 15 years, leading to six DUIs and costing him his driver’s license. He served time in jail. His relationship was in jeopardy. He was a poor role model for his kids. When things got hard, he would always surrender and his vices would get the better of him.

But life gave him a second chance.

“To me and my family, being incarcerated for a month it was tough,” Torres said. “I was looking at 15 years. They gave me a year and I only spent 30 days. I said I’m not giving this opportunity away. I’m done with that. Ever since, that’s what’s been my drive. If I quit, I quit on everybody. And I can’t do that.”

Today, Frankie continues to suffer. And he loves it. In fact, he seeks it out every time he gets on his road bike.

Known as “Fast Frankie” in the local cycling community, Torres took up cycling in 2017. He used to take the bus from his home near Bakersfield College to work in southwest Bakersfield each day, a trip that took 90 minutes. On a whim, Torres bought a bike to ride to work, thinking it could cut down his commute time.

And a new obsession was born.

As time passed, drugs and alcohol were replaced with sobriety and cycling and the legend of Fast Frankie began to take shape.

Cycling is often considered synonymous with suffering and the ability to manage suffering is a vital component to success on a bike.

Since taking up cycling three years ago, Torres’s list of accomplishments include riding metric centuries (62 miles), centuries (100 miles), double centuries (200 miles), a two-man relay race in Utah that covered 500 miles, riding 300 miles from Bakersfield to Morro Bay and back in a single day, and more.

Torres is constantly looking for the next big challenge, but COVID-19 interrupted those plans.

Currently a Category 4 racer, Torres hoped to reach Category 2 by year’s end, but he found himself training for events that would not take place.

That’s when he came across Everesting, a feat official record-keepers describe as a “fiendishly difficult challenge to complete.”

The rules are simple: Ride a single hill repeatedly until the total elevation of Mount Everest (29,029 feet) has been achieved. The attempt must be done in a single activity, and while there is no time limit, no sleep is allowed.

For his Everesting attempt, Torres selected a Category 3 climb along Round Mountain Road that’s 2.5 miles long, has an average gradient of 5.3% and totals 709 feet of elevation gain.

“I went up Round Mountain my first time (three years ago) and I was defeated,” Torres said of the climb that is well-known among local cyclists. “I decided since that mountain defeated me that first time, I’m going to defeat it completely.”

And he did just that.

On June 12, over the course of 23 hours and 49 minutes, Torres conquered Round Mountain 42 times, totaling 221 miles and 29,111 feet of elevation gain. He even did an additional two trips for safe measure, though it was not counted in his official Everesting record. Now his name sits among elite company in the Everesting Hall of Fame.

“I can put a stamp on it and say that this was my hardest ride,” said Torres, who accomplished the feat with fellow cyclist Aaron Lee, who totaled 217 miles and 29,124 feet of elevation gain in 23 hours and 20 minutes.

It was as much a mental challenge as a physical one and Torres said he had to focus on other things to distract him from the monotony. His motivation was to not let those who knew of his attempt down — particularly his family, who camped at the top of the climb and cheered him on.

“My wife being there and the family being there, seeing them on top of that mountain made me happy,” Torres said. “That’s what drove me. I’m going to descend this mountain and I’m going to get up as fast as I can to see my family again.”

needed assistance from his sponsors, GetABikeUSA.com and the Tejon Indian Tribe, which provided him with bike maintenance services and nutrition for his Everesting attempt.

“He makes us all very proud,” Tejon Indian Tribe Chairman Octavio Escobedo III said. “You see the accomplishments stack up and just knowing what he’s been doing in his life and to help him get to where he is now makes us feel really good. Anybody who’s had to face adversity in their life can look to Frankie, especially if they’re still on the downside of that. People have somebody within the tribe and the community to look to, to see how they can get themselves out of it. He’s definitely become a shining example of adversity and how to turn it into a challenge and a passion.”

The support of those who believe in him continues to fuel Torres in his journey to be the best version of himself he can be — and it all started with a bike.

“(Cycling) means a lot,” he said. “It’s brought a lot out of me — to be a great guy, a great father, great husband, great person to people. I never was that person. I was this vicious guy, just mad all the time at people. (Cycling) just brought the best out of me. I choke up about it because this has really made me look at life differently. You can encourage people to change their lives in different ways.”

“He has the personality of addiction,” said Torres’s wife, Stephanie. “I’d rather have him addicted to something that’s good for him than something that’s negative and negative toward his family. I know he’s already looking for another big challenge, even before he’s done with the last ride. He keeps making the standard higher.”

Torres is currently cycling 100 miles every day for four weeks. His next series of challenges includes another Everesting attempt (this time on dirt), riding from Bakersfield to South Lake Tahoe (roughly 400 miles) within a day and a half, and doing Race Across America (3,000 miles) solo while attempting to break the average speed record of 16.5 mph.

“I’ve dealt with (giving up) for 15 years,” Torres said. “I would always surrender and I would be on the bottle or popping a tall can or being at bars when times got tough. Now when it gets tough, I laugh. I love it. I love to suffer. It’s a payoff — that feeling of accomplishment. When you feel like you’re down, get on your bike and go and suffer and you’ll be like, ‘Wow, that’s a good feeling.’”  

Go to www.bakersfieldlife.com to watch Fast Frankie ride up and down Round Mountain Road.