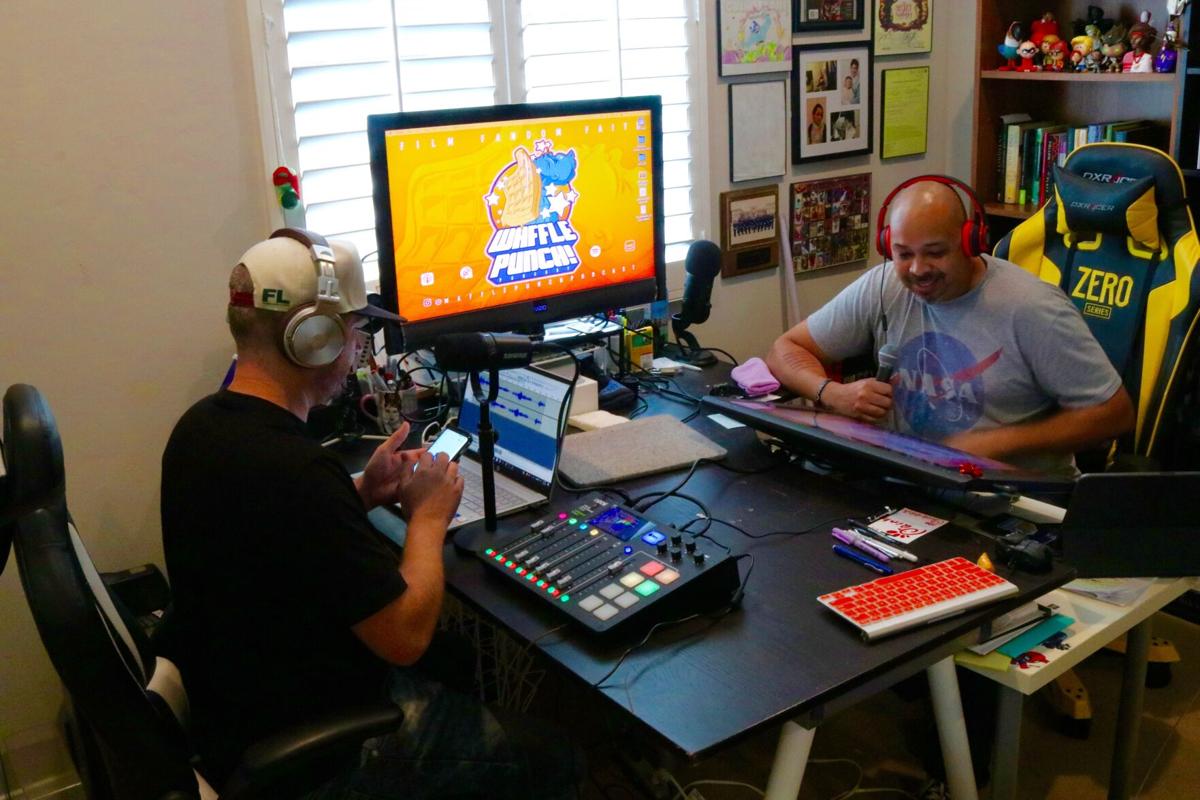 Matt Pelishek and Nate Watson have turned their passions into a podcast with "Waffle Punch." 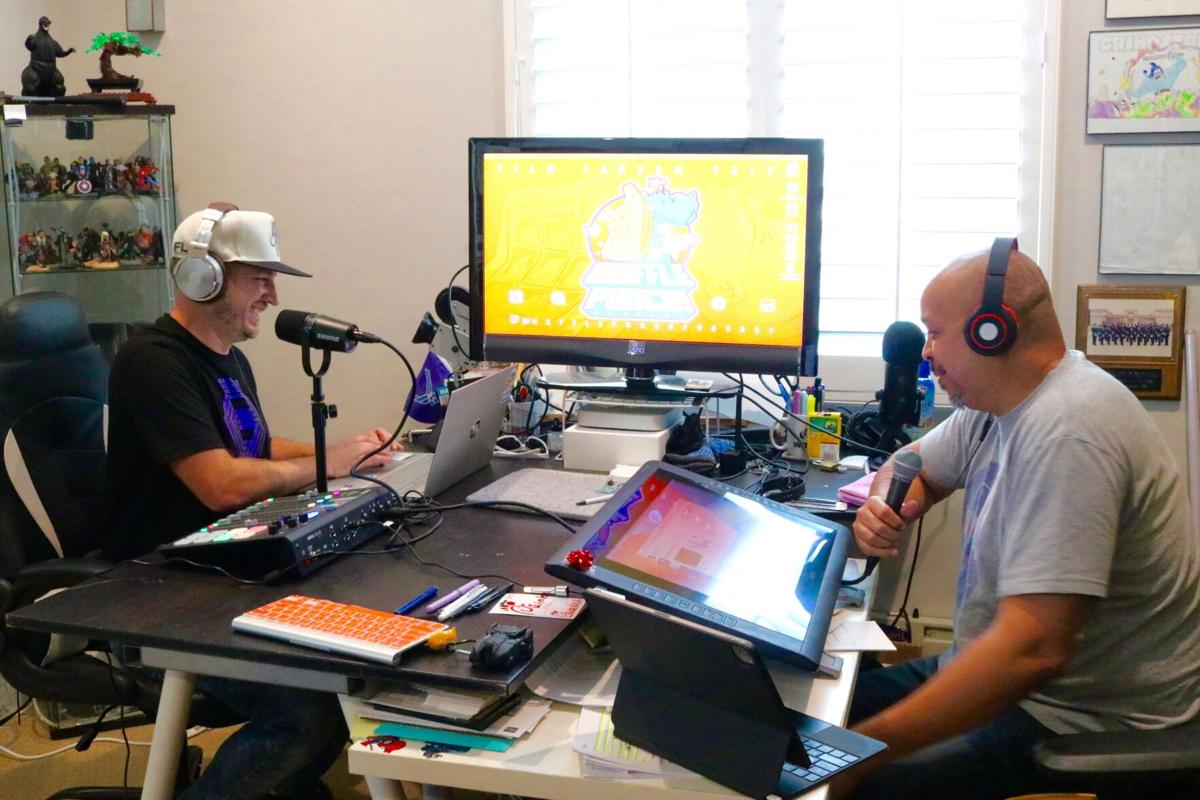 The hosts of local podcast "Waffle Punch" bonded over a love of their faith and films, so they turned it into a podcast. 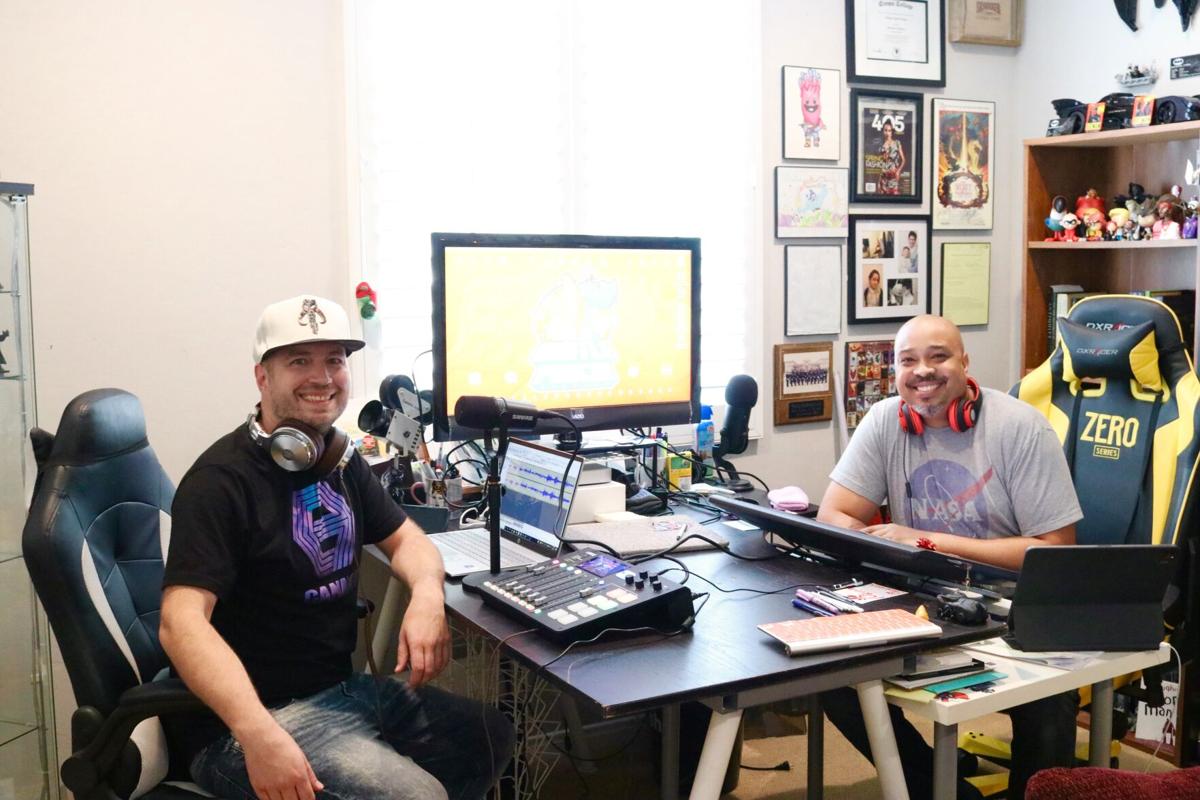 The "Waffle Punch" podcast is hosted by two Bakersfield locals, discussing faith, films and fandom. It is now available to stream on a variety of platforms.

Matt Pelishek and Nate Watson have turned their passions into a podcast with "Waffle Punch."

The hosts of local podcast "Waffle Punch" bonded over a love of their faith and films, so they turned it into a podcast.

The "Waffle Punch" podcast is hosted by two Bakersfield locals, discussing faith, films and fandom. It is now available to stream on a variety of platforms.

What do you get when you mix a local radio personality with a comic book artist-turned-pastor?

You get the “Waffle Punch” podcast.

“The tagline is films, fandom and faith,” said one of the podcast’s hosts, Matt Pelishek.

Pelishek is also one of the hosts of “Afternoon Joy Ride” on 88.3 Life FM, alongside Aaron Pearlman during the day, and his “Waffle Punch” podcasting sidekick Nate Watson comes with own resumé of experience.

Watson got his start in the world of comic books and found himself at LucasFilm Animation, while simultaneously leading youth ministries for the last 20 years. That evolved more into the pastoral ministry circuit, and Watson is now going to school to complete his master’s degree.

The podcasting duo met last year during commencement season. Pelishek and Watson were both asked to participate as emcees during one of the local ceremonies, and just "clicked" when they both realized they were into movies and the same "nerdy stuff," as they put it, and kept in touch from there.

Their faith is a driving force in what they do, but they’re still just simply two guys who love movies.

“Sometimes within ministry circles, which we’re around all the time, there’s this idea that you can’t be a part of pop culture or you can’t enjoy certain things,” said Watson.

Watson and Pelishek are still early on in the journey of their podcast, but they have covered a number of movie-themed topics already, including movies found from Dollar Tree, "Star Wars," the 10 most impactful movie moments and more.

While the podcasting duo hopes to grow their audience, they aren’t focused on numbers or strategy in terms of getting there.

“Our plan is to keep going until it’s just not viable for us to continue anymore. But, right now we have some people listening. It’s not as many as you might want, but we also recognize that we’re brand new,” said Watson.

Pelishek added that if it stops being fun, that’s when it will be time to move on.

“I love doing radio, but I don’t want this to feel the same way. So that’s a good indicator, too. And I think we allow ourselves some grace on this stuff,” said Pelishek.

As family men — one with a full-time job and the other completing a master’s program — they have their hands full, but as long as they’re having fun, they’ll keep it going.

They don’t want to think too much about the topics or make it too structured, like their day jobs, in terms of audience or posting on social media.

As for how they got the name “Waffle Punch?”

“This was just an opportunity to be goofy and fun, and we don’t have to tailor it any kind of way, except just do our thing,” said Watson.

Much like the name “Waffle Punch,” you don’t know what you’re going to get from episode to episode, but it’s going to be a good time.

Follow @Wafflepunch on Instagram and listen to their podcast anywhere you listen to podcasts, including Apple, Spotify and more.