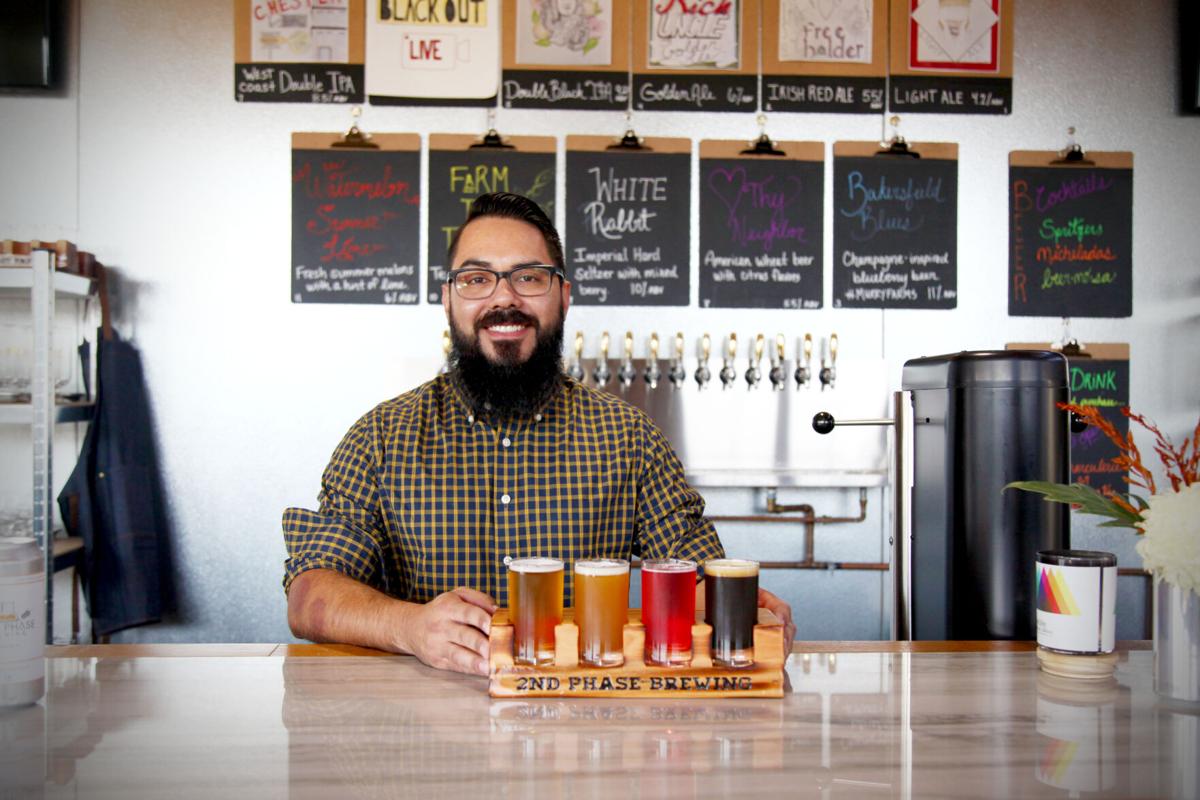 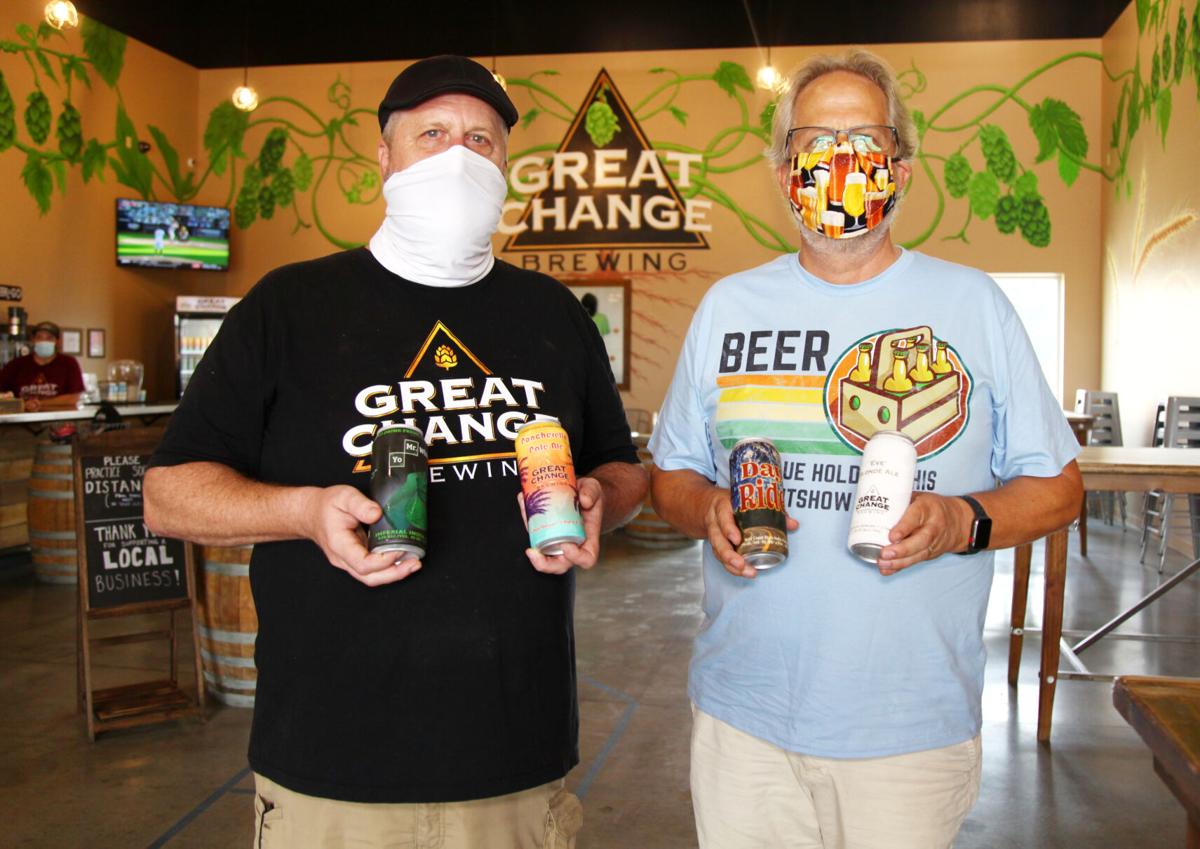 Great Change Brewing co-owners Tim Belmont and Steve Belmont. Kyle Smith, who is not present, is another co-owner and master brewer. 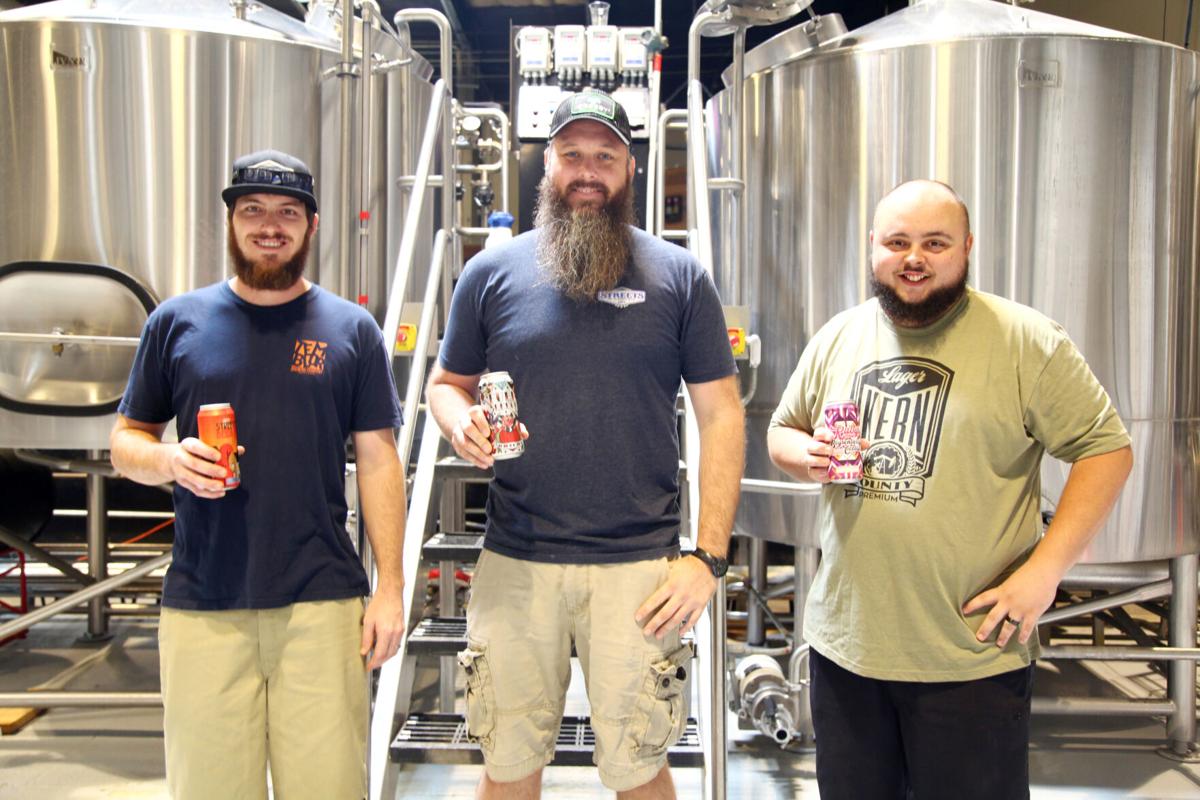 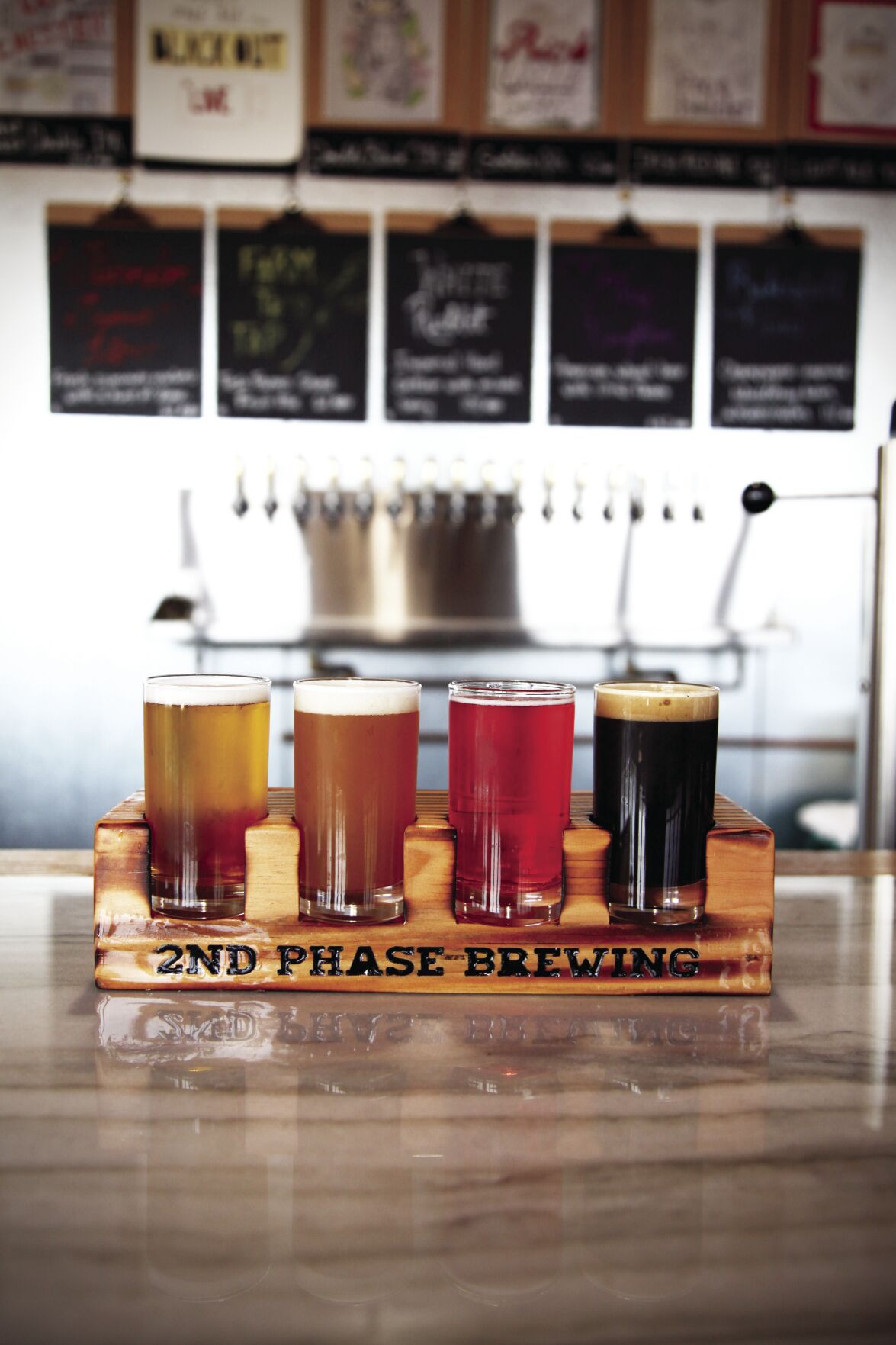 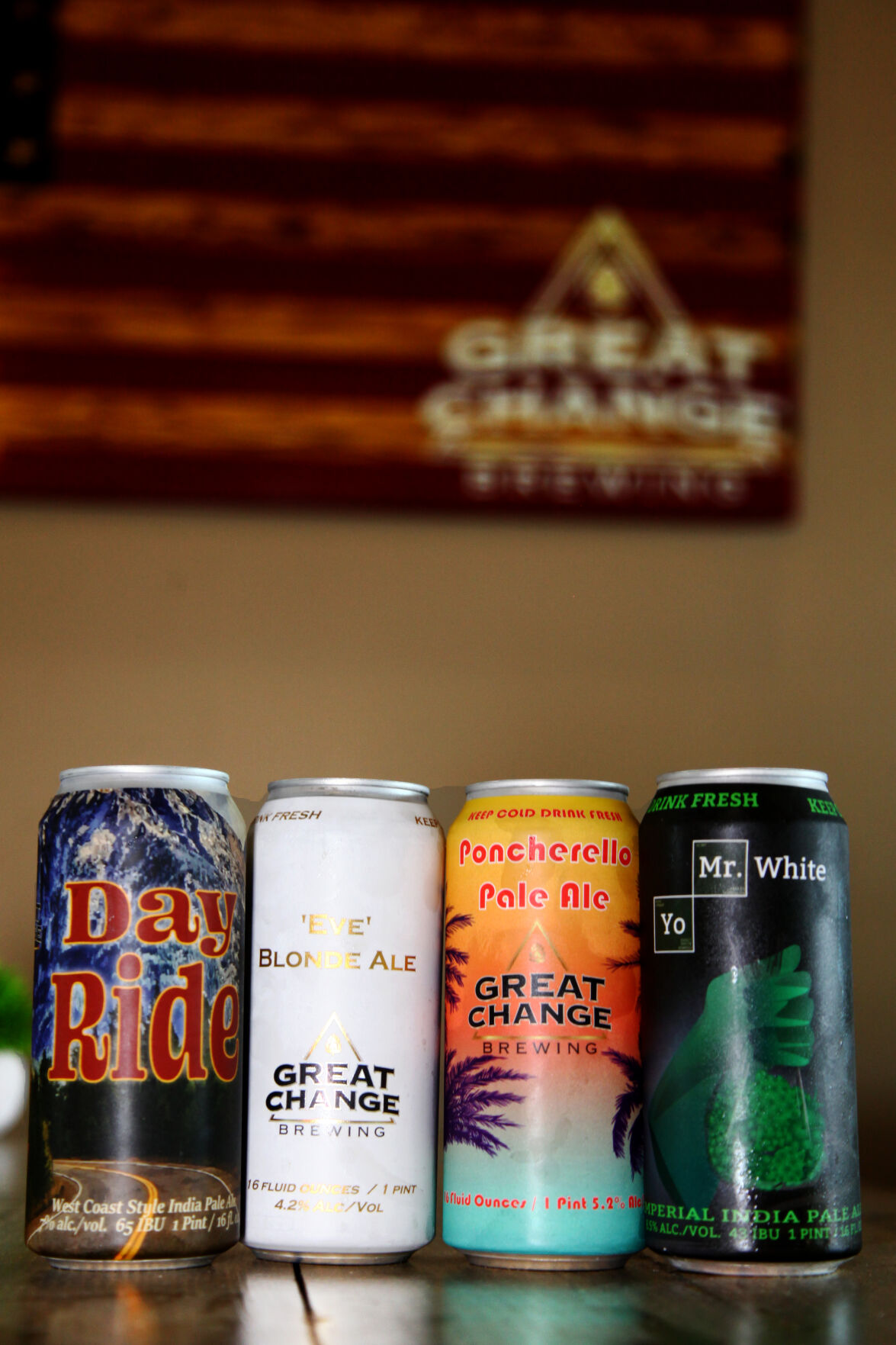 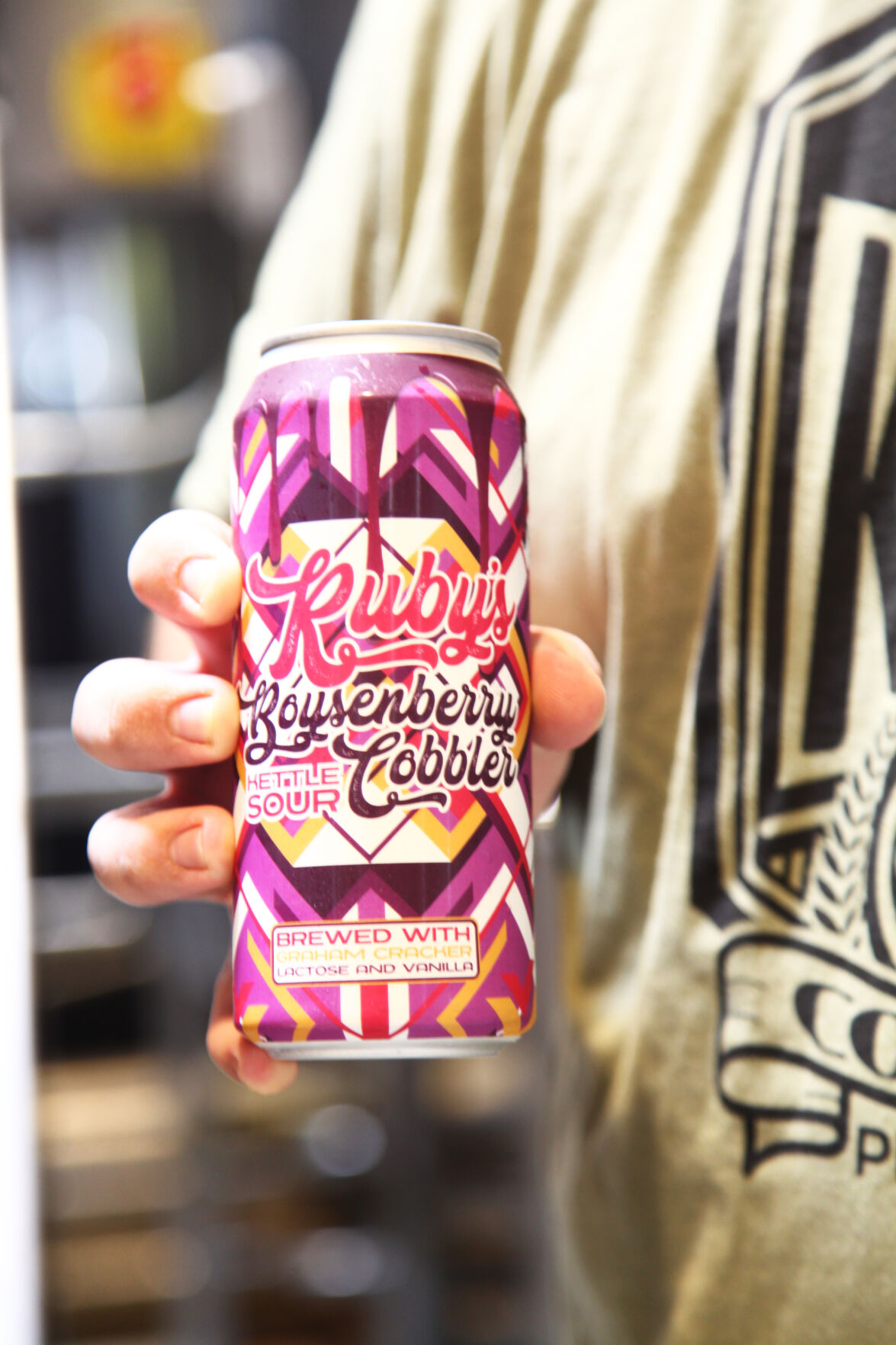 Ruby’s Boysenberry Clobbler is one of Temblor’s many new brews. 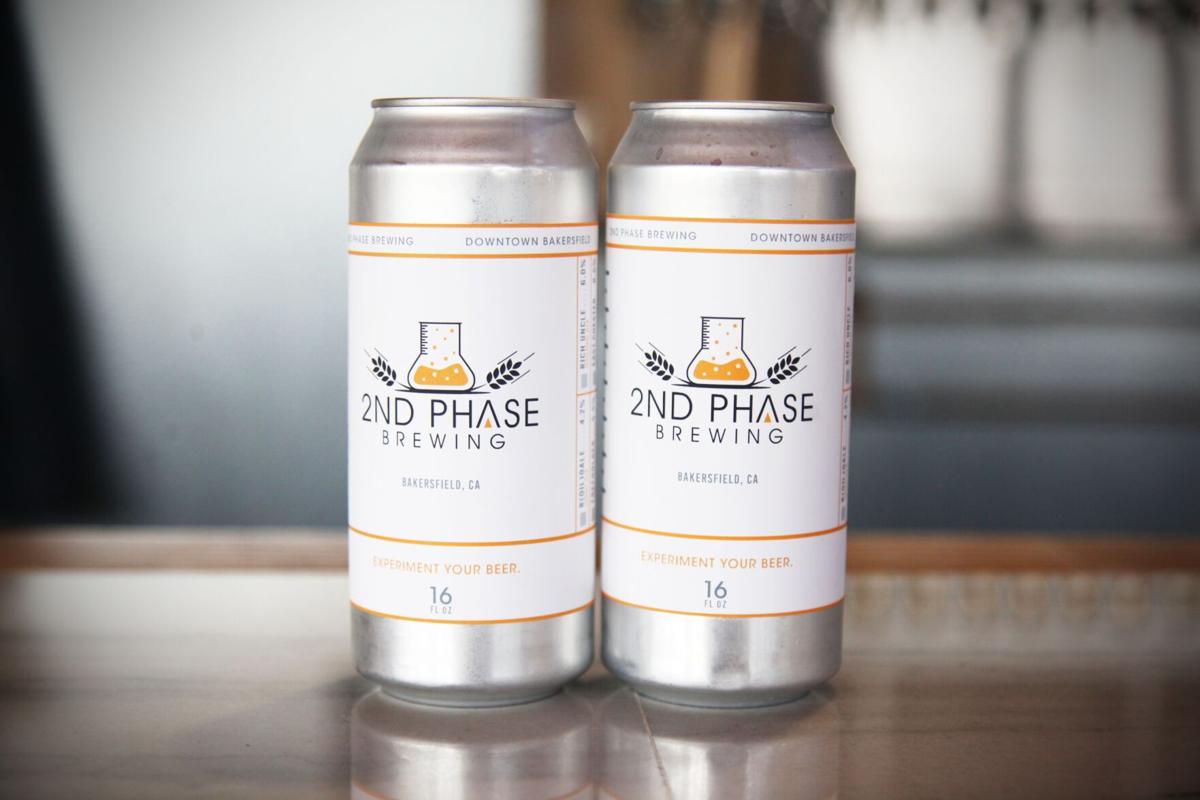 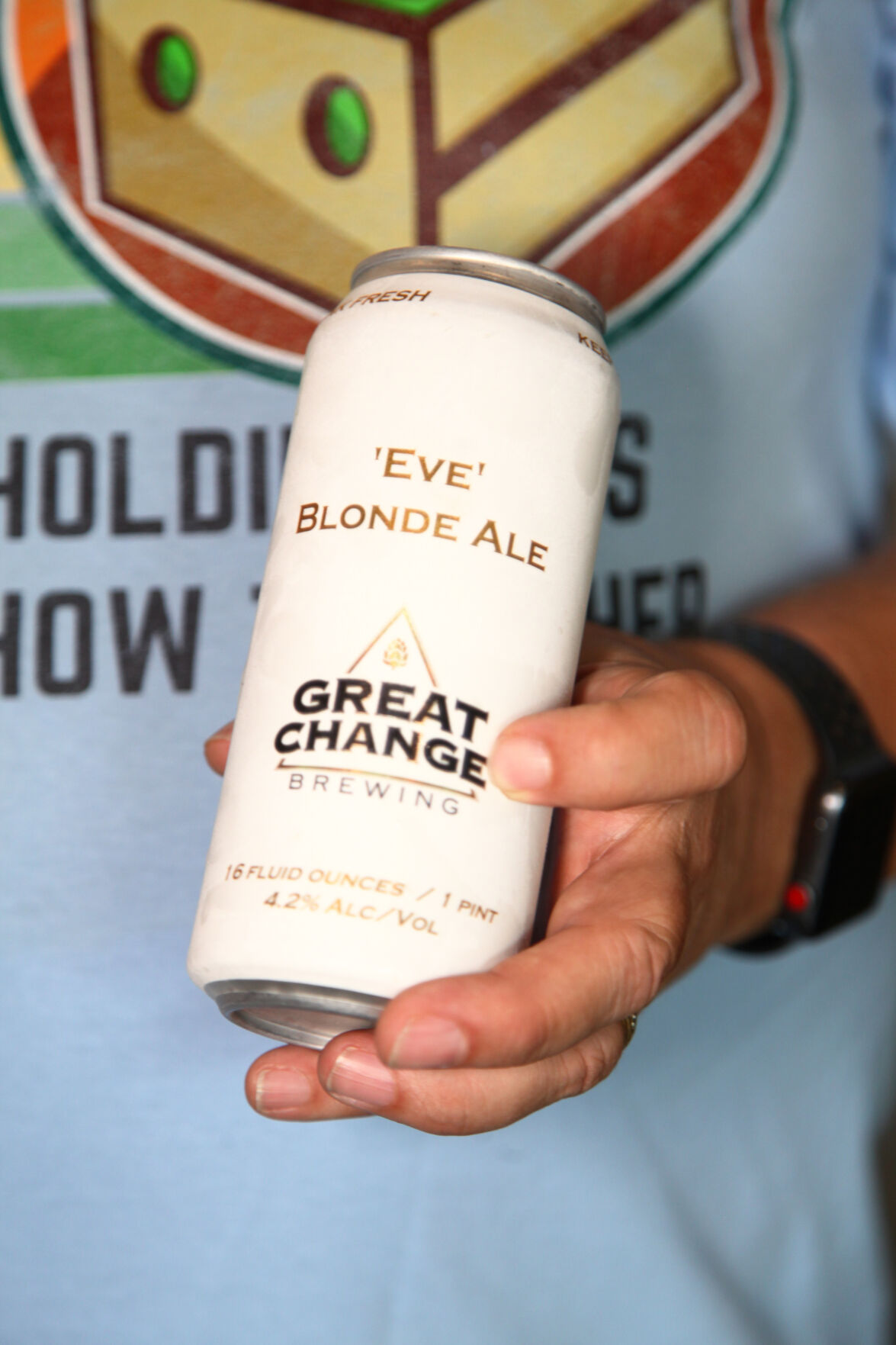 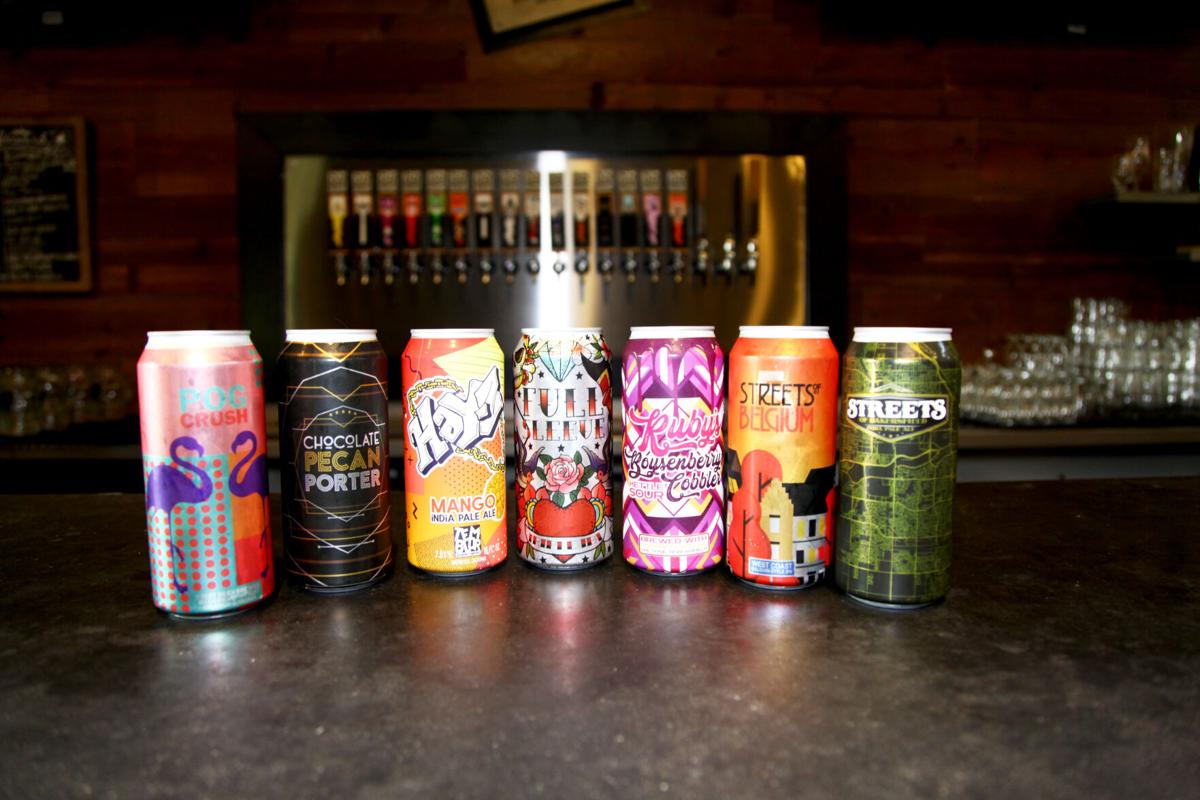 During the coronavirus pandemic, Temblor thought of ways to keep its business going — one of them was to keep making creative beers. 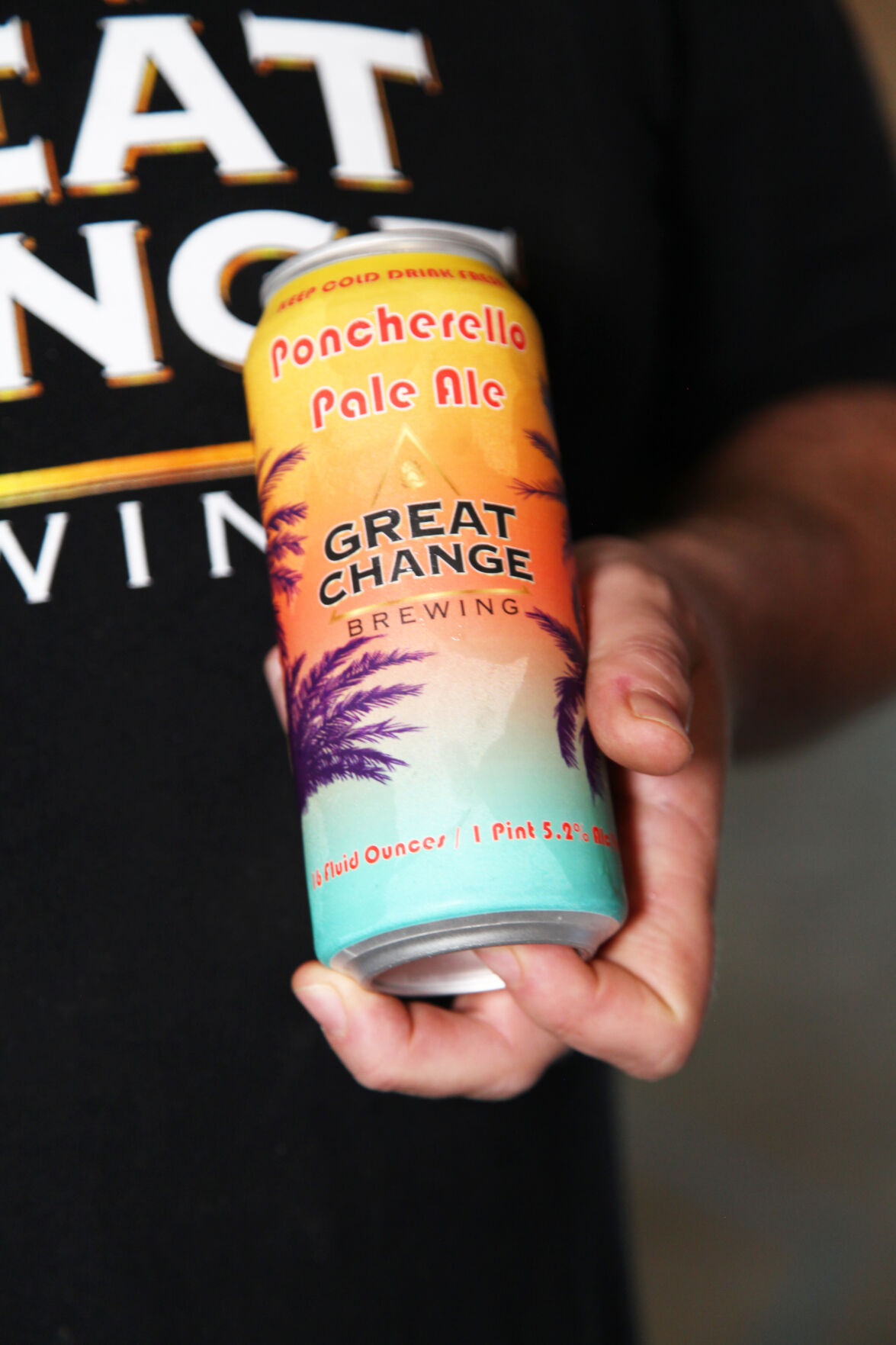 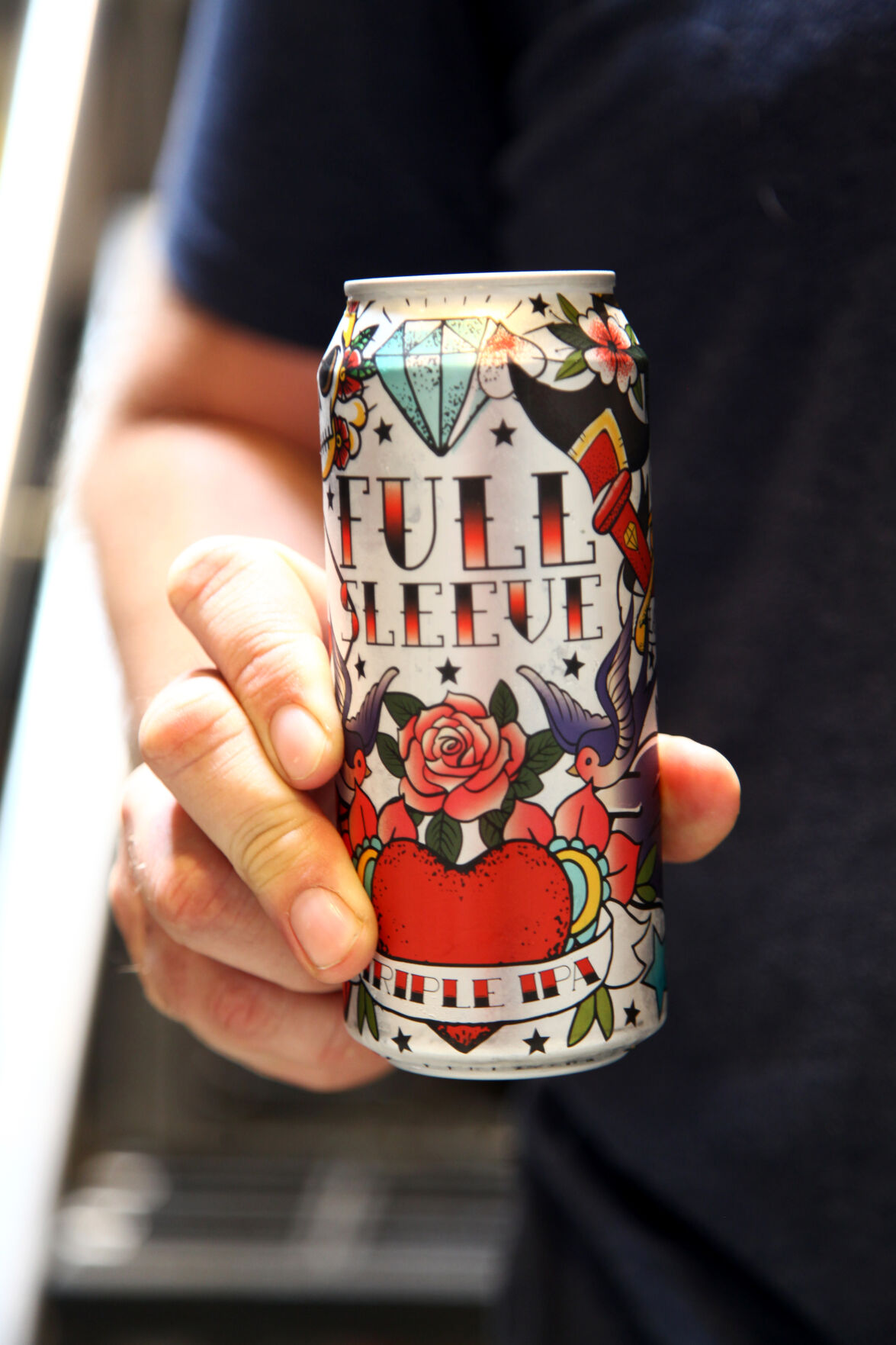 Full Sleeve is one of Temblor Brewing Co.'s popular brews.

Great Change Brewing co-owners Tim Belmont and Steve Belmont. Kyle Smith, who is not present, is another co-owner and master brewer.

Ruby’s Boysenberry Clobbler is one of Temblor’s many new brews.

During the coronavirus pandemic, Temblor thought of ways to keep its business going — one of them was to keep making creative beers.

Full Sleeve is one of Temblor Brewing Co.'s popular brews.

Breweries everywhere have always created an outlet for people — a time to relax and socialize with others. Unfortunately, in the times of the coronavirus pandemic and with bar closures, it has affected some of Bakersfield’s local breweries, causing them to remarket themselves and save their businesses.

Owners and brewers from Temblor Brewing Co., Great Change Brewing and 2nd Phase Brewing continued to work by restrategizing their everyday business plan and staying hopeful. Temblor Brewing Company’s Don Bynum, 2nd Phase Brewing’s Frank Miranda and Great Change Brewing’s Tim and Steve Belmont thought about what they were going to do next to keep their businesses afloat with tap rooms and dining rooms shut down.

For these local breweries, most of their keg sales decreased, but it gave them the opportunity to remarket themselves into selling canned beers.

Master brewer at Temblor Brewing Co. Justin Hill, who works closely with Bynum, said their pint sales have cut in half, but he has seen a 200 percent increase in can sales.

“In the transition, we did have kegs go bad so we’ve had to pour them out,” said Bynum. “We’ve sold twice as many canned beers this year as we did last year. Our tanks have been full and ongoing, which has never happened.”

Both Great Change Brewing and 2nd Phase Brewing had to figure out ways to re-market their beers as canned products, where Temblor already had a system in place.

Miranda, who is the only brewer at 2nd Phase Brewing and just opened his business in January, had to quickly think of ways to maintain his business.

“I had thoughts of selling to-go and calling up places for easy canning material, labels and things we weren’t ready for but we needed to be ready for this,” said Miranda.

Miranda had support from fellow brewers at Crusader Brewing by letting him use their crowler machine until he figured out his own canning process.

“We had to make adjustments with what beers we were going to do. We were still pushing new beers not knowing if people were going to enjoy them or not,” Miranda said.

Tim Belmont, co-owner of Great Change Brewing, alongside his brother Steve Belmont and co-owner Kyle Smith, had to refocus their image and think of a solution to increase their sales.

“We aren’t selling any draft beer like we were before so we had to remarket ourselves to canning. We partnered with Lengthwise and they helped us with canning,” said Tim Belmont. “Now we’re readjusting and working with our distributors.”

Like most businesses, breweries are offering patio dining until they can open their indoor seating to the public.

Because Great Change Brewing and 2nd Phase Brewing do not serve food in-house, they’ve managed to partner with other local food vendors to keep their doors open. The California rule requires customers to order meals along with their beers.

“We’ve partnered with them before but it’s critical now to sell beer. We’re utilizing that patio by having that food component,” said Belmont.

Though the coronavirus pandemic has left many businesses struggling to survive, it also gave those businesses a chance to be creative and collaborate.

“It’s all driven by the canning, what’s been selling, what’s in the market and following those trends. We’re brewing our beer towards supply and demand,” said Belmont.

Poncherella Pale Ale, Yo Mr. White and “Eve” Blonde Ale are a few of Great Change Brewing’s demanding beers on their market.

Bynum said he and his team are working on creating more beers and continue to sell outside the county.

“We kind of felt like losing events and losing the pub and all these things were depressing because a lot of work went away. We’ve been able to stay tight and sit down each day, have a beer together and be creative together. We have a common goal and we have fun with it,” said Bynum.

Bynum and his team are working on new beers like Golden Empire Strikes Back, Soft and Fluffy and Flannel Shirt.

Miranda, whose business has only been open since the beginning of this year, had to find a turn around to bring customers in, but found a way by partnering with other local businesses downtown like Locale Farm to Table Eatery and Bottleshock. The brewery has Bakersfield inspired themed beers like East Chester IPA, Bakersfield Blues, Farm to Tap Ale and Rich Uncle.

Though these breweries have faced challenges, they are continuously working on ways to keep their doors open all while still connecting with the community.

“The community has been incredibly supportive and we wouldn’t be open if it weren’t for that. These programs the government put out — it saved us. I hope things continue to improve or there’s more help down the road,” said Bynum.