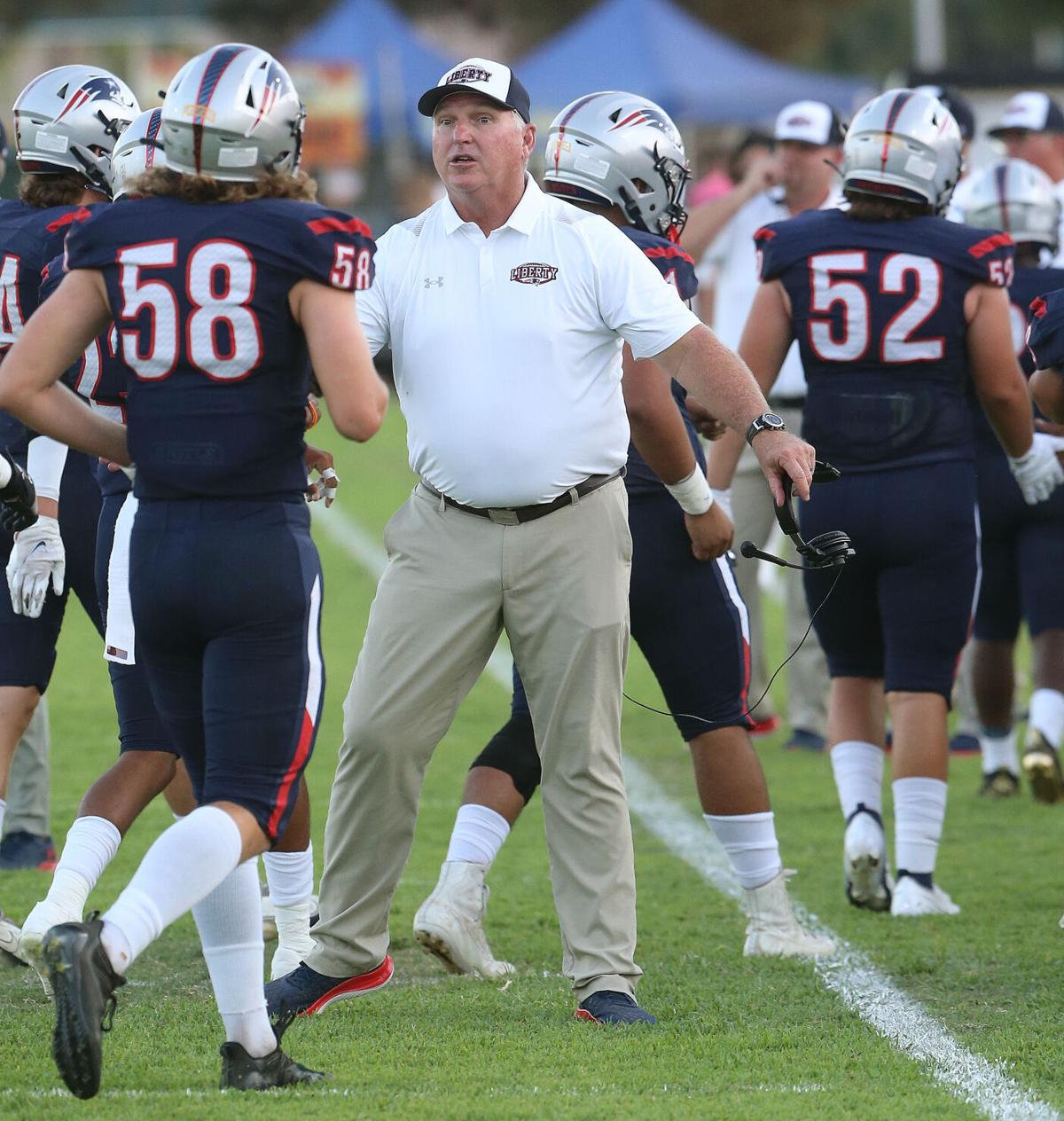 Liberty coach Bryan Nixon congratulates players from the sidelines Sept. 3 in a game against Stellar Prep. 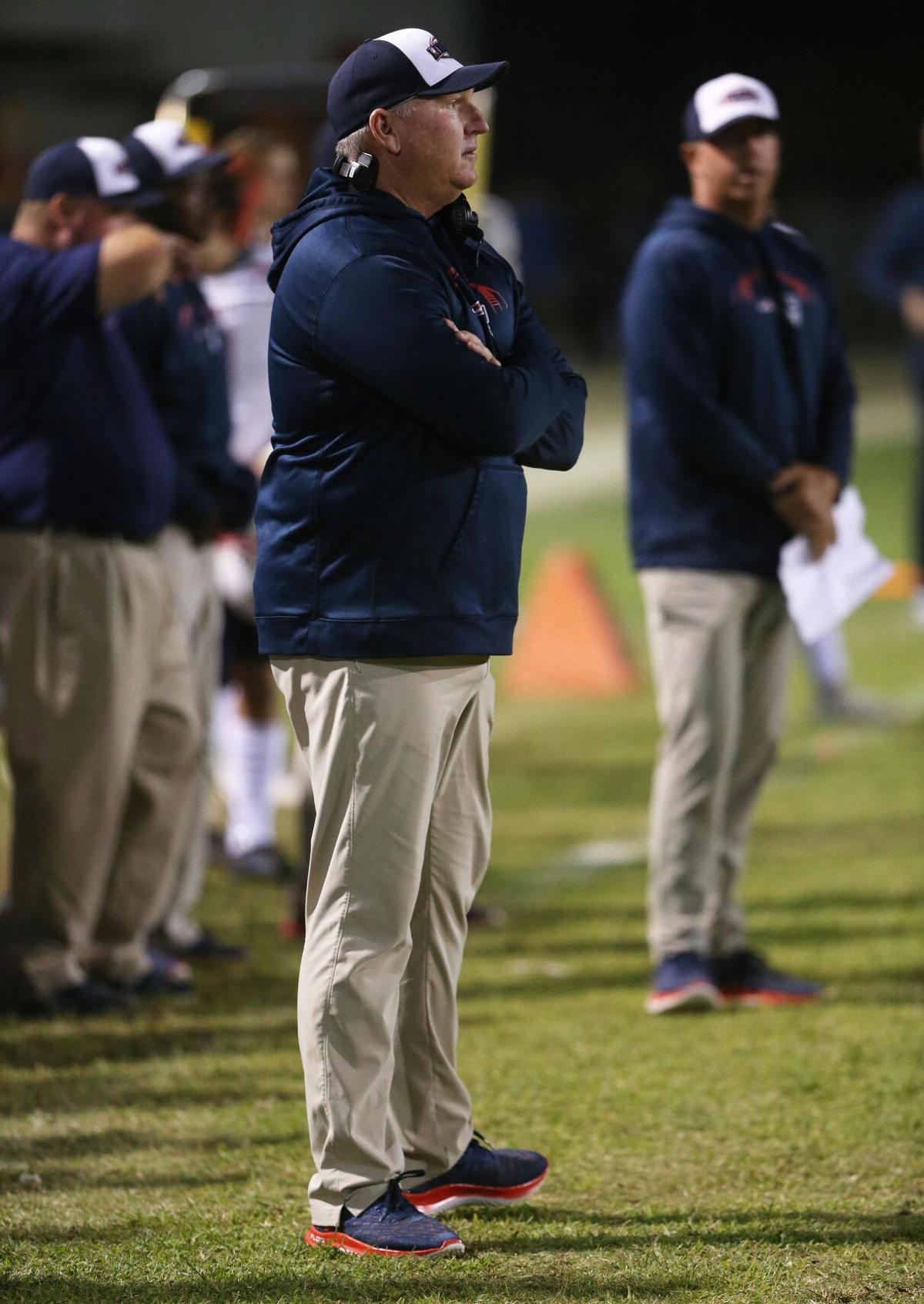 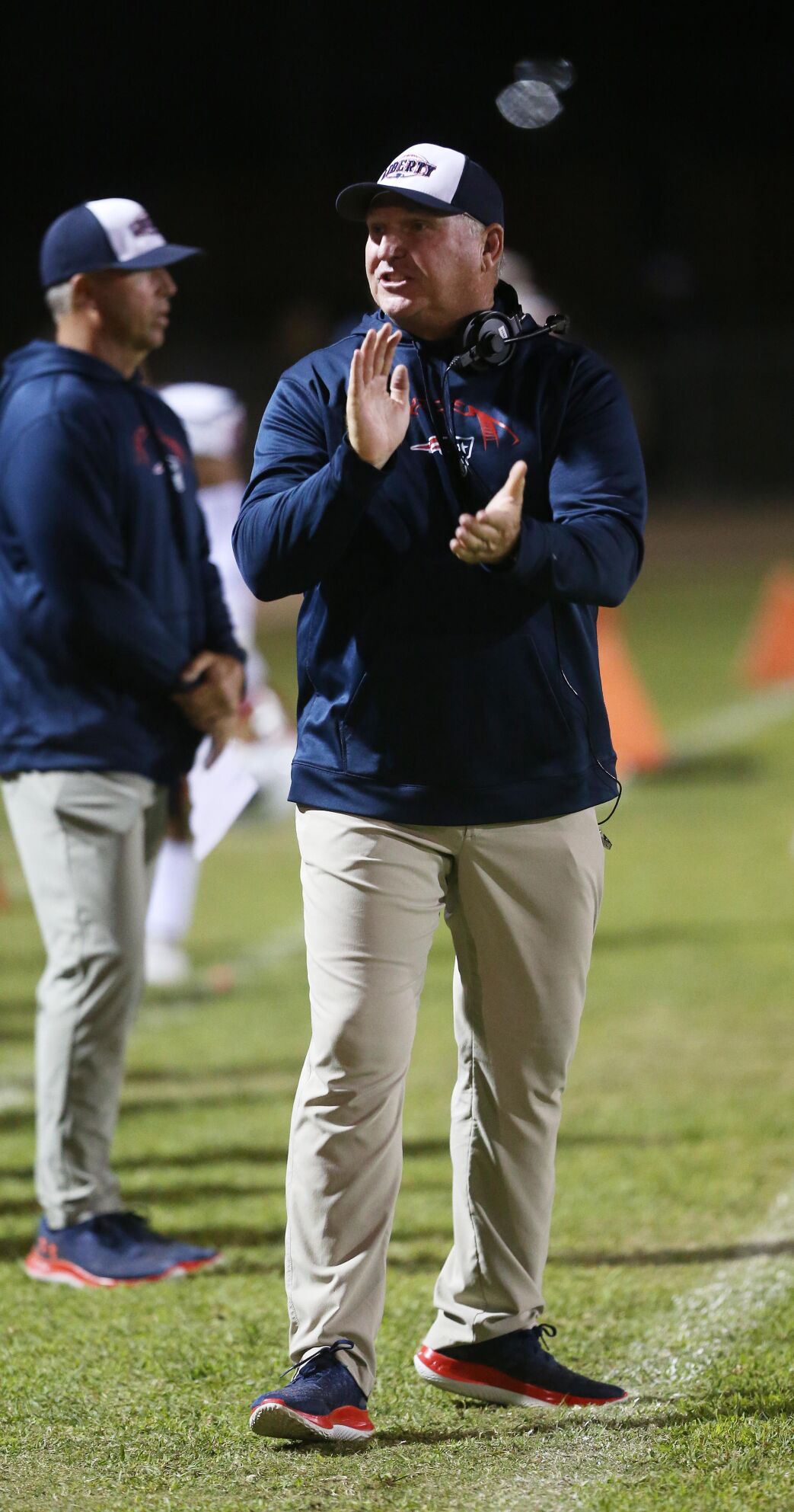 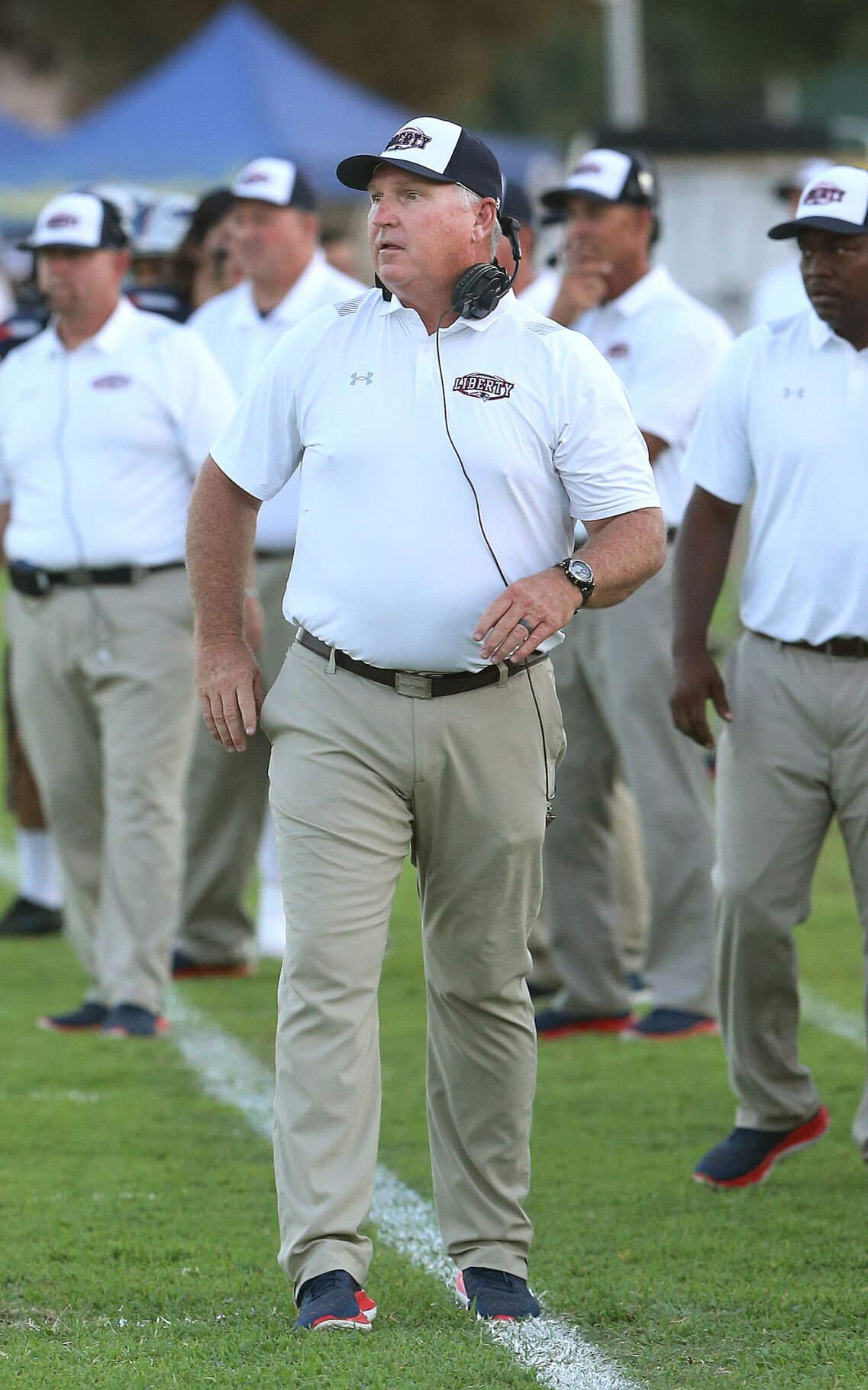 Liberty coach Bryan Nixon congratulates players from the sidelines Sept. 3 in a game against Stellar Prep.

Bryan Nixon is about as well-spoken as anyone you will ever meet.

But when it comes to talking about himself, the ninth-year Liberty football coach is a man of few words.

A perfect example was illustrated when the 50-year-old Nixon was asked about his playing days where he was a standout quarterback at Shafter High before leading Bakersfield College to two Potato Bowls and earning a scholarship to Montana State.

“I wasn’t very good,” said Nixon, who earned all-league honors at Shafter his senior year and guided BC to the cusp of a national championship in 1990 before the 10-0 Renegades lost to Taft College in the Potato Bowl. “I was OK. I was blessed to get an education and I was blessed to be around a bunch of guys that made me look a lot better than I was.”

Perhaps a bit understated, but that’s just fine for Nixon, who would prefer to leave his playing prowess in the past, serving simply as another of life’s experiences to fuel his true passions — his family and coaching football.

Fortunately, there’s plenty of others that will speak on his behalf, recognizing his ability to lead those he’s charged with on the sidelines just as he did under center.

“The one thing that I can tell you about him is you know, and everybody that’s played for him or coached with him knows how much he cares,” said Justin Crane, who played two years for Nixon at Centennial before spending most of the last 15 years as an assistant on his staff. “It’s not a ‘hey, I want to win, and if you’re good enough we’ll get you to the next level.’ He wants your years (playing for him) to matter, to mean more than anything. And he truly believes that.”

To Nixon, it’s always about building relationships, and that extends to his players, their parents, his coaching staff and pretty much everyone else in the community.

“I knew that I wanted to give back to the game, as much as it gave me and more,” said Nixon, who fell in love with coaching while working as a yard aide at Franklin Elementary School following his sophomore year at BC. “And I understood that as a quarterback you had to know what the other 10 players were doing at all times. And I really felt like that was something that I wanted to get involved with and teach these kids about the game, and just build relationships along the way.”

It’s a model built on being consistent, a characteristic that has translated into winning football games wherever he’s gone in a career extending more than 25 years.

Eleven league titles, a Central Section championship, six runner-up finishes and a CIF State bowl game appearance. This season, the Patriots (5-2, 2-0 SWYL) are favorites to win their fourth straight Southwest Yosemite League crown. It all speaks to Nixon’s success as a coach, but even more for his ability to motivate those around him.

“He’s really good at organizing the program from the top down,” said Erich Smith, a former head coach at Shafter and Golden Valley, who was on Nixon’s staff when he took over as General’s coach in 1998 and returned to work with him last year as a line coach. “There’s no guy like him as far as being able to motivate, not only the players which is the most important, but he lets coaches develop, and he lets coaches coach. He has high expectations, and he does it in a manner that’s his own style that is so fluid that everybody buys in. And it’s fantastic, I’ll be honest.”

Those motivational and people skills are imperative to Nixon’s coaching style, one that relies on his assistants, and holds his players accountable for their play on the field.

“He looks at everyone’s input and then he kind of puts it all together and that’s kind of a wonderful thing, too,” Smith said. “Every coach can coach and every coach has a say, and everyone can bring something new. And he has an open door for that. And as a coach, that’s super enjoyable.”

The consistency of Nixon’s message has also been an important ingredient to his success.

“He’s always had the same message, as a player and as a coach,” Crane said. “I’ll never forget my senior year, you know I think I’m hot stuff so we’re stretching and I’m in the back of the line. And he just walks up and says, ‘leaders aren’t in the back, leaders are in the front.’ And that’s just how he approaches everything. He doesn’t want coaches to lead, he wants the kids to lead. He wants consistency, and ‘do your job.’ All the things he was saying back in 2001, he’s still saying in ’21.”

Nixon’s longevity has also relied on his ability to adapt and relate to his players.

“He has stayed up on the current times and motivations,” Smith said. “He’ll joke with the kids and you hear him talk, ‘What’s the latest and greatest in songs for the weightroom. He just finds a way to relate to them. I mean I’ve seen a change in the kids over the years, even academically from where it was, and he’s always adapting. Coach Nixon never stops learning. He’s always looking for new ideas.”