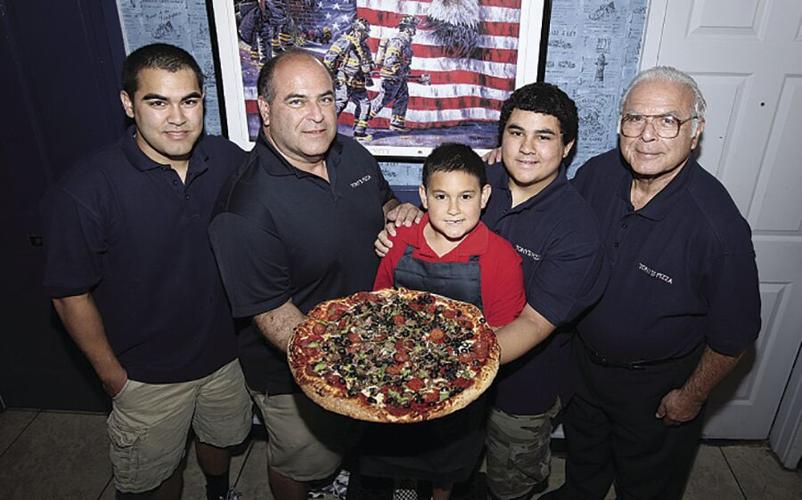 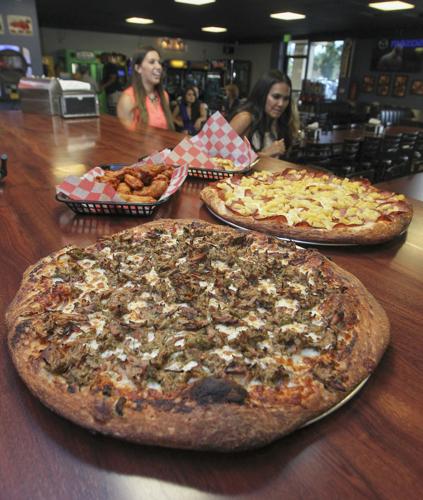 Tony's Pizza, which is known for its hot wings, rib tips and potato wedges as well as pizza, has repeatedly been honored in the Best Of Readers' Choice Poll.

Tony's Pizza, which is known for its hot wings, rib tips and potato wedges as well as pizza, has repeatedly been honored in the Best Of Readers' Choice Poll.

Anthony "Tony" Martinez Jr., owner of Tony's Pizza, sums up what many small-business owners can understand: "I never retired."

The former firefighter who runs the local pizza chain started by his father, Anthony Martinez Sr., knows that running a business well requires lots of time, dedication and sweat equity.

It's that commitment that has kept Tony's Pizza consistently named to the Best Of Readers' Choice Poll.

"I had two jobs for 27 years," Martinez said of serving as a Kern County firefighter and helping with the family business, which began in 1979 with the first Tony's Pizza in Delano.

His father — also no stranger to hard work, having served as a city councilman and mayor of Delano in addition to his business — had always dreamed of opening a restaurant.

Martinez Jr. came on board in the 1980s, helping out when his father battled stomach cancer. Learning he liked the restaurant business, he eventually opened his own, Tony's Firehouse Grill and Pizza, in Shafter, which built on the foundation of quality pizza with a larger grill menu and dining space.

And Tony's has continued to grow, with three Firehouse Grill locations, including the most recent at the Outlets at Tejon, and three Tony's.

"I built the chain of them myself, with my sons," Martinez said. "We’re expanding more now. During the pandemic, we slowed down and made sure we were going to make it through it."

Martinez's wife, Doris, and daughter Toni assist with payroll and HR duties for the chain.

"We’re really hands-on, we do almost everything in house," he said.

He admits that it's not always easy working with family.

"It's a battle with family. Everyone has their own opinion. I'm kind of a referee now. They listen to me mostly."

When his sons have ideas for the business, he tells them they need to put in the work and figure it out, a lesson he learned from the original Tony.

"My dad was really strict, he trained me. Hard work and sweat equity makes it work."

Along with a quality product, which includes a highly regarded chile verde pizza, Martinez said the chain's success comes down to the staff, many who have remained with the business for years.

"You're only as good as the employees that you hire. That's the only reason we’re successful is because of the workers."

Although the chain has again won best pizza in the readers poll, it won't rest on its laurels.

Expansion is on the horizon starting with an express kitchen at Stockdale Highway and Allen Road that will turn out pizzas for takeout only.

Weathering all the industry changes and rising food costs, Martinez joked that he'd "rather be fighting fires." But he knows what his dad started and the family has continued to build is really special.

"It's like a family legacy now. You just have to keep it going."