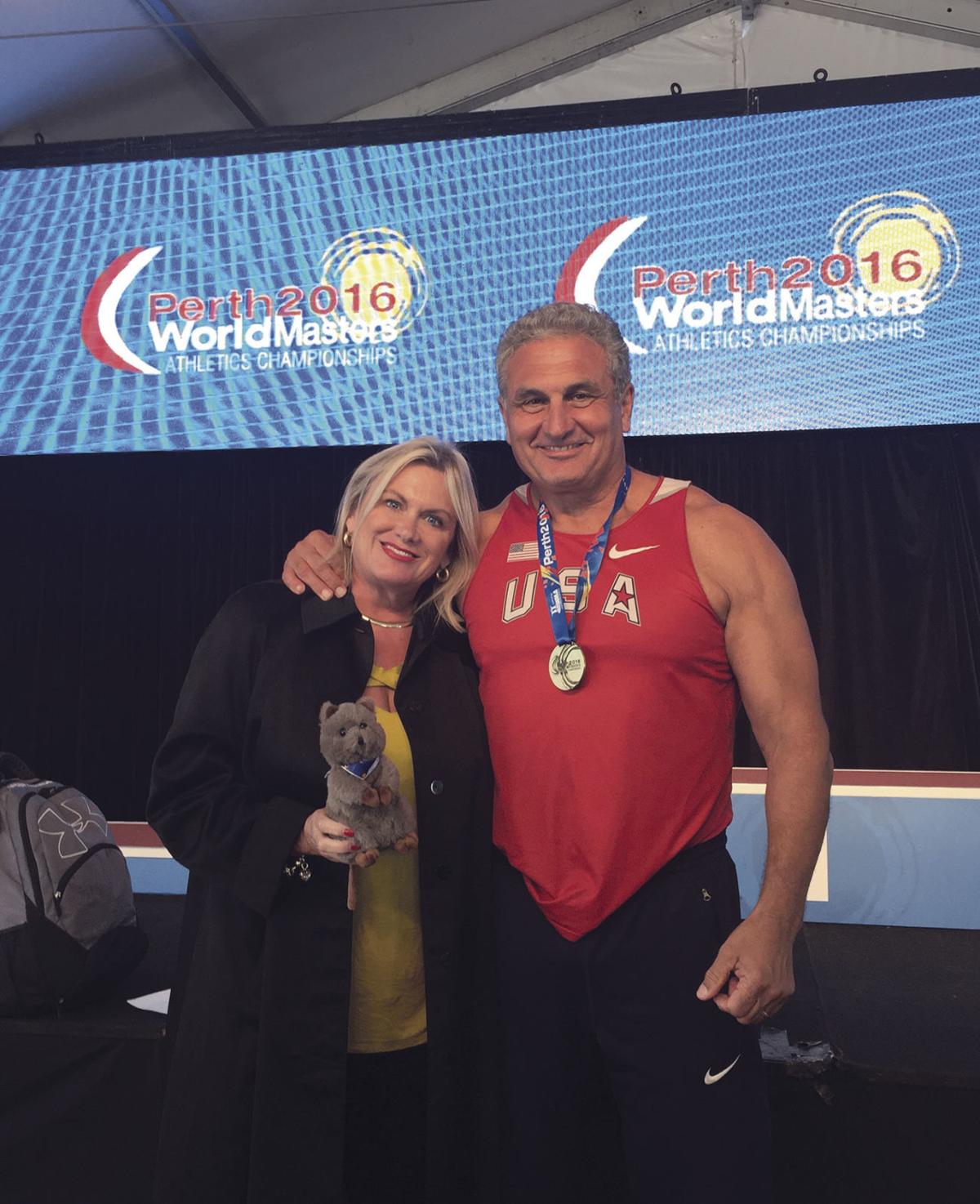 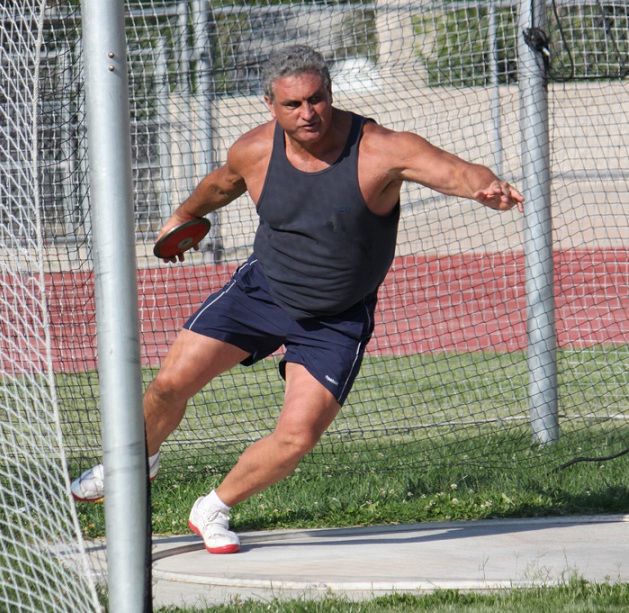 Most men approaching their mid-60s are eyeing retirement off in the distance. Slowing down. Scaling back.

His quest for track and field competitive gold is the stuff of Greek mythology – a once great athlete given a second chance to prove his metal in an ancient sport on the Masters circuit.

Sixty-three-year-old Rafaelae Giovanni Fruguglietti was born in Italy. After World War II, his father, a cabinet maker, sought work and a new life in the United States. Ralph, his mother and sister followed. His parents only spoke Italian.

He first picked up a discus as a sophomore in high school in the Bay Area. His interest developed into a talent that earned him an athletic scholarship to the University of Southern California. He captained the 1976 NCAA championship team where he was just inches away from placing first that year and the following.

At the end of his collegiate career, the two-time NCAA Championship runner-up had the opportunity to continue to train with and compete for the Italian track and field team. It would be a “what if” moment.

“I was faced with a big decision,” Fruguglietti said. “Do I chase my athletic dream or choose family as I had a job and was engaged?”

He chose the latter and has no regrets. Not wanting to relocate around the country in order to move up the IBM company ladder, he moved to Bakersfield. In 1985, he opened Giovanni’s in Shafter where his in-laws lived. The success led to the opening of Frugatti’s in Bakersfield where patrons flock to savor family fare and often ask about his discus throwing.

“I don’t want people to come in because of me, but rather my family’s recipes that we serve,” he laughed, humbled by the attention.

After college, Fruguglietti believed his glory days were behind him. But life often hurls us second chances. When his son and daughter expressed interest in taking up the sport in high school, he began training them and soon realized the drive, ability and passion were still there. After a few regional meets, he set his sights on national and world competitions for his age group with the United States Track and Field Masters Competition, which has an active athlete roster of more than 10,000.

As athletes age, they lose speed and quickness. But at 6’1” and 237 pounds of nearly all muscle, he’s still got it thanks to a daily workout regimen.

“I lift a lot of weights, love training and am either at the gym or throwing every day of the week,” he said. “I want to be the best. I’m going to the meets to win.”

After nearly 20 years of senior competition, Fruguglietti, already recovering from a shoulder injury, was diagnosed earlier this year with Type 2 diabetes and severe neuropathy of the feet. “I’ve always been one to find out what the issue is and tackle it,” he said.

Despite the setbacks, he was among more than 8,000 athletes from 101 nations who converged in Malaga, Spain, recently for the 2018 World Masters. He stunned his competitors used to seeing him atop the podium by placing fourth.

But he is undeterred.

“I’m just that much more determined for next year. You don’t throw the discus for fame or recognition or fortune,” he laughed. “I do it for the personal satisfaction, I love to compete at the world level and, win or lose, I look at the worlds like a vacation.”

His pursuits have taken him to his native Italy, France and Brazil.

A veteran of 13 nationals, eight worlds and six world championships, Fruguglietti was last year’s Master Thrower of the Year and has been nominated for induction into the Masters Hall of Fame.

“For him, it’s not about being your best, it is always about working to be better,” said former BHS track coach Scott Semar, who trains Fruguglietti.

Always, as he says, within a few feet of a greater qualifier, Fruguglietti is now in the middle of the Masters’ most competitive age bracket – 50- to 70-year-olds. He is ranked fourth on USC’s all-time list of throwers and counts numerous No. 1s throughout his Masters career.

“I may not be the biggest or the most muscular, but my technique and training have allowed me to develop friendships with people all over the world. We throwers are a brotherhood. There is a camaraderie where everybody pushes each other,” he said. “It’s my hobby; it keeps me at the gym and I guess I’ll do it until I don’t like it anymore.”