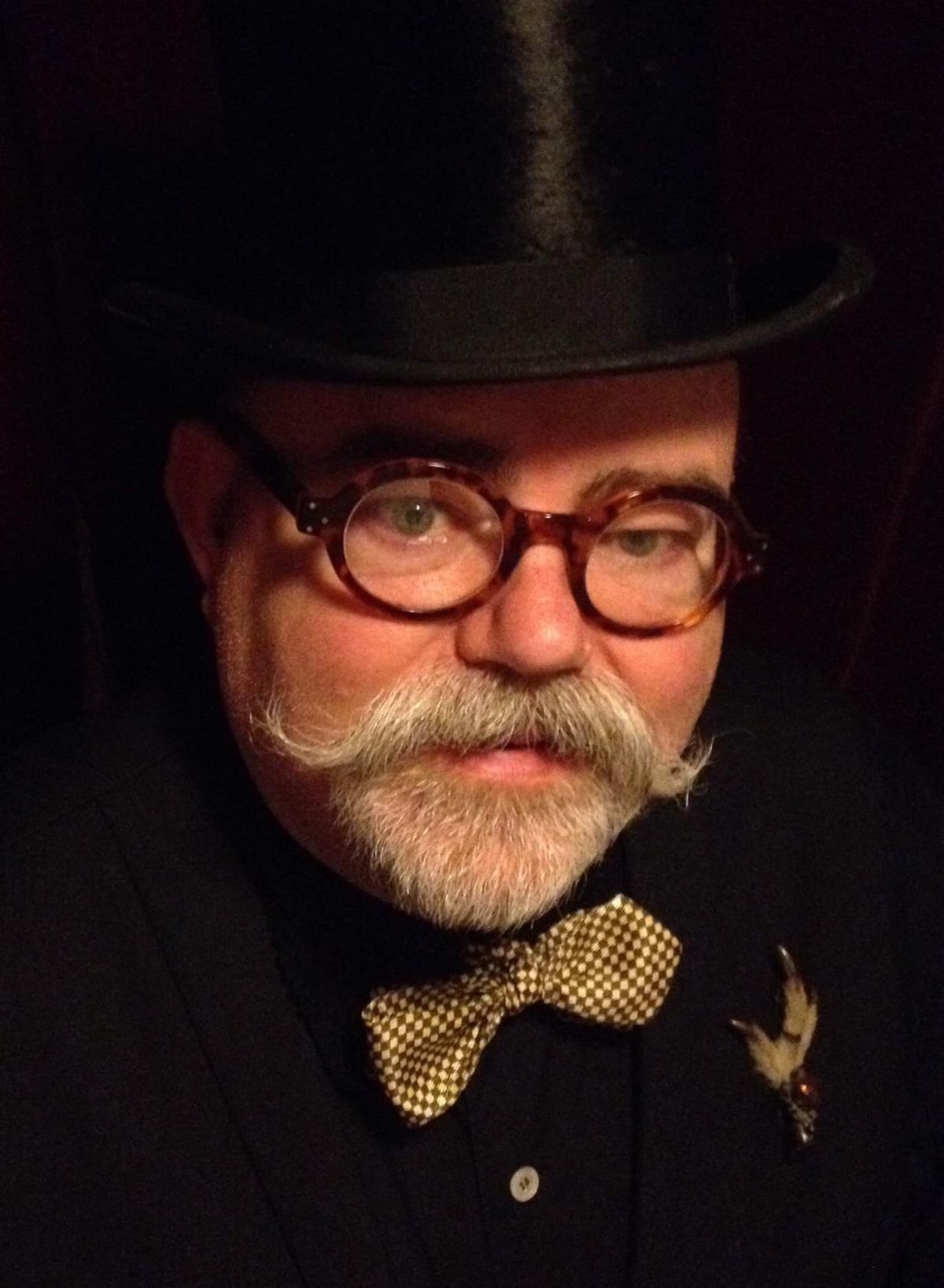 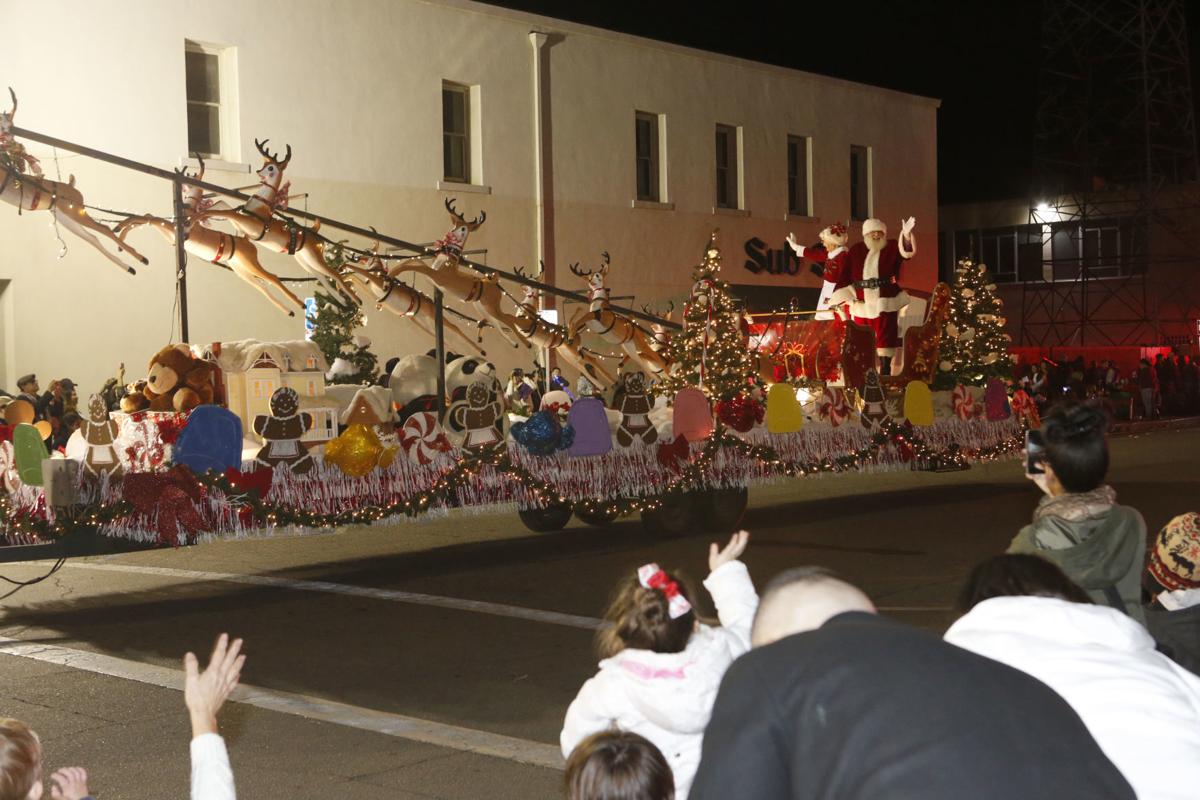 Mr. and Mrs. Claus wave to the crowd during the 2015 Bakersfield Christmas Parade. This year, the Santa float will be designed by Bakersfield native Roger Upton, fulfilling a lifelong wish of his.

Mr. and Mrs. Claus wave to the crowd during the 2015 Bakersfield Christmas Parade. This year, the Santa float will be designed by Bakersfield native Roger Upton, fulfilling a lifelong wish of his.

In December, when some have visions of sugar plum fairies dancing in their heads, 64-year-old Bakersfield native Roger Upton has dreams of designing the Santa float in the Bakersfield Christmas Parade.

Next week, his lifelong wish will finally come true with the plumb assignment of reimagining the float that will carry Mr. and Mrs. Claus through the streets of downtown.

“I have wanted to design that float since high school. I had begged Brock’s for years to do it back then,” Upton said, referring to his work on the beloved department store’s holiday window displays. “This is a bucket (list) dream of mine.”

And for the first time in the parade’s history, the most important entry will receive a makeover from an acclaimed designer and prominent fixture on the local theater and interiors scene.

Upton, who has been creating costumes since he was a teenager working with the North Bakersfield Junior Theatre, designs garments for Ovation Theatre, The Empty Space, Bakersfield Community Theatre and CSU Bakersfield. Always in high demand, last year alone he was involved in a record 15 productions locally.

“I’ve probably done some 800 productions over my career, nearly all of them in Bakersfield,” he said. “I was always inspired by the gowns designed by Bob Mackie worn by Carol Burnett and Cher on television.”

He honed his eye for elegance and detail in the mid-1970s while an assistant in the Brock’s display department. By 1981, he was in charge and transformed the store’s sidewalk cases into elaborate animated scenes from the Christmas classic “The Nutcracker Suite.”

Back then the budget for just four windows was $26,000 and the arrangements were an annual holiday attraction. Similar to higher-end stores like Saks Fifth Avenue, the window drapes were a rich velvet and the gowns for the 15 animated figurines were ornate. When Gottschalks purchased the store in 1987, nearly all of the display’s contents were sold off.

“I never quit loving it. That’s why I kept some,” he said, adding that others are now out at CALM.

Meticulous then and in everything he has done since, Upton operated stores downtown until 2013. The following year, he began preparing the windows for Timeless Furnishings, which occupies the space of his former employer. This season he plans to recreate some of the Brock’s Victorian-themed arrangements.

When the Christmas parade committee considered doing something new, Upton offered his talents.

“When we met with Roger a few months ago and learned this has been a dream of his to create the Santa float, we were so happy to help his dream come true,” said committee member Cathy Butler.

Upton had done floats for the North Bakersfield Junior Theatre, but never something this grand or sentimental.

“I first fell in love with floats watching the Rose Parade. The more old-fashioned, the better,” he said. “It made sense. I’m picky, I don’t give up and upping the game is what I do. I’m a theater guy so I knew how to create something that could be stored whole. We have extended the trailer, which gives us more room.”

Careful not to spoil the surprise, he did say that the entry will be all white.

“I’m a color guy,” Upton said. “In-home design and theaters I’m not afraid of it, but this called for something different.”

He has been working closely with Jaguar Wrought Iron to create the Clauses’ giant sleigh caught in a snowdrift with 8-foot snowflakes and trees.

“It is half the scale I dreamed of, but it is the pinnacle for me,” he said.

Whether you watch in person, on television or stream online, make sure to stick around until the very end so as not to miss the highly anticipated Upton-designed spectacle.  

With crowds of up to 20,000 expected, the Bakersfield Christmas Parade is headed downtown on Dec. 5. Regarded by many as the "official" start …

Roger Upton is a community treasure. So glad he is able have this opportunity to share his gifts.