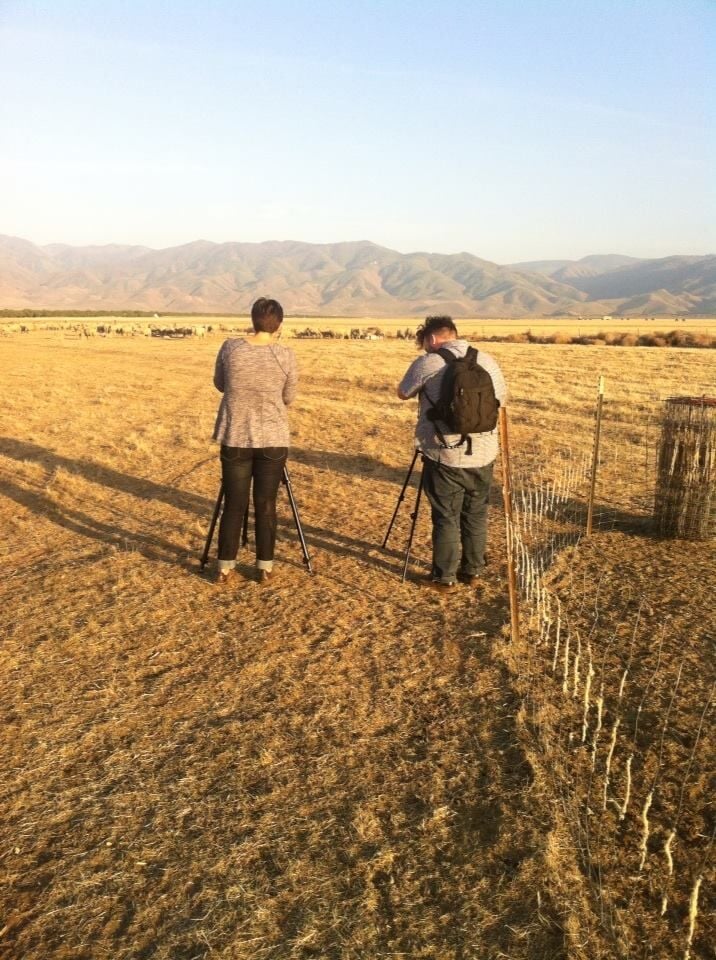 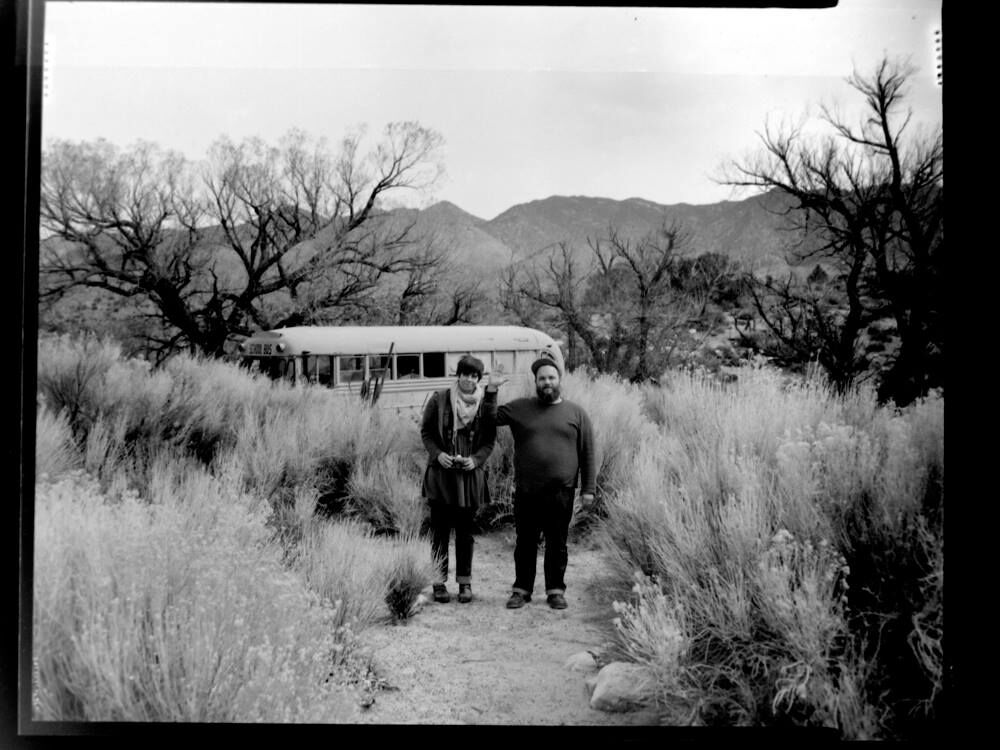 Gina Napolitan and Beaux Gest Mingus are working on a documentary called “The Disappearing West” about the cultural and visual history of Basque-Americans in the Western United States. 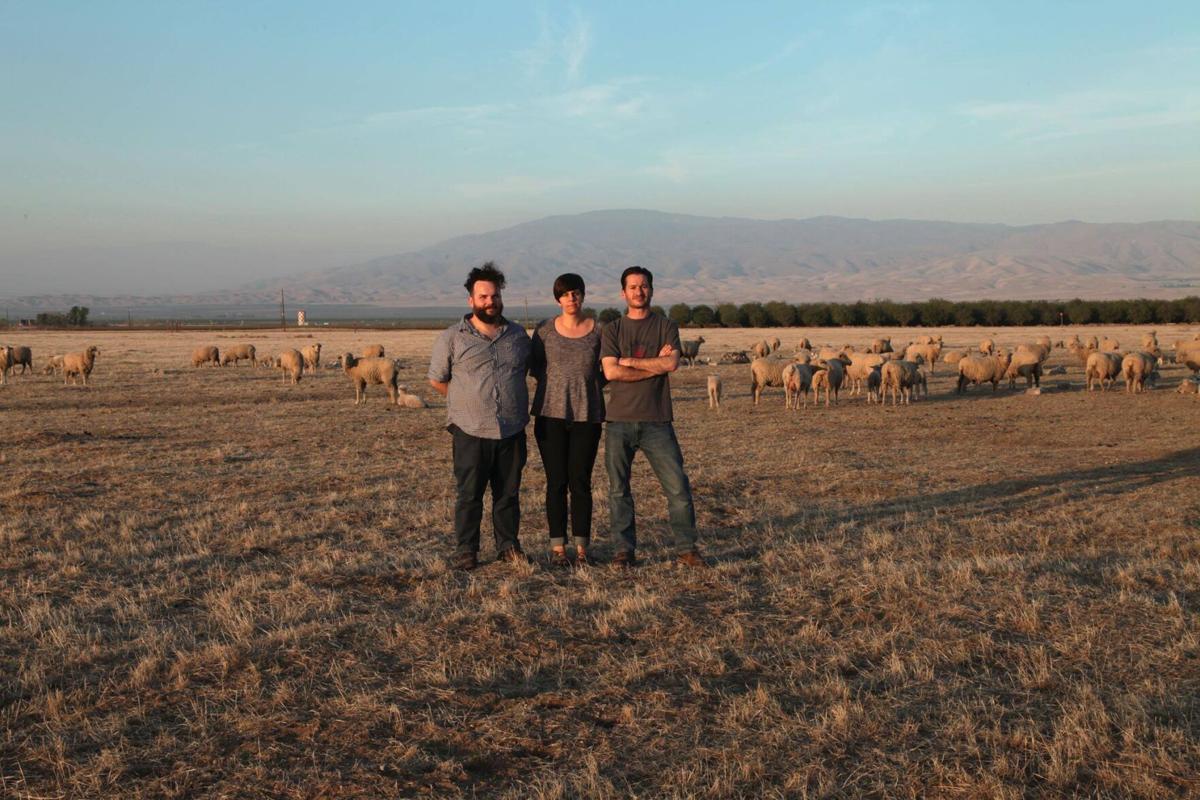 Bakersfield native Beaux Gest Mingus, left, is making final edits to his documentary, “The Disappearing West,” about the cultural and visual history of Basque-Americans in the Western United States. He is pictured alongside Gina Napolitan and Philippe Duhart.

Gina Napolitan and Beaux Gest Mingus are working on a documentary called “The Disappearing West” about the cultural and visual history of Basque-Americans in the Western United States.

Bakersfield native Beaux Gest Mingus, left, is making final edits to his documentary, “The Disappearing West,” about the cultural and visual history of Basque-Americans in the Western United States. He is pictured alongside Gina Napolitan and Philippe Duhart.

When Bakersfield native Beaux Gest Mingus moved to Southern California to study filmmaking nearly 30 years ago, he left a piece of his heart and a wealth of inspiration behind, namely the rich Basque culture that enchanted him in his youth and has made our community world renown.

Eight years into a project, Mingus and his co-collaborator began as an ode to the Basque heritage, Mingus is making final edits to his documentary, “The Disappearing West,” about the cultural and visual history of Basque-Americans in the Western United States.

It is a love letter really to the Basque settlements here and elsewhere in California, Nevada and Idaho, highlighting their distinctive language, customs, festivals, music and cuisine.

A graduate of Bakersfield High School, Mingus, 45, attended California Institute of the Arts where he picked up a graduate and post-graduate degree.

“In high school, I was into shooting with Super 8. I always carried a camera,” Mingus said. His college thesis, “Dear Bakersfield,” featured iconic Basque locales in Old Town Kern.

Mingus says his work has focused on capturing intimate, personal rituals and the emotional resonance of overlooked places.

“When Gina saw ‘Dear Bakersfield’ she fell in love with the Basque culture too,” he added of his collaborator and fellow Cal Arts grad Gina Napolitan, a content editor at Cal Tech and adjunct professor in animation at Cal State Long Beach. Theirs has been a match made in filmmaking heaven. “It is rare to find a functional creative partner,” Napolitan laughed.

The two began filming the documentary in 2013. When they started, there were only five boarders left at Noriega Hotel. Today the hotel is no more.

“So much of old California is disappearing,” added Mingus, a television and film video editor and instructor at the nonprofit Echo Park Film Center. “The idea was to start to document that.”

And they took their time, doing so under the radar.

“It is just the two of us making this and we have day jobs so we are dependent on our days off,” he said. “We are trying to make these portraits of stories of the Basque communities in the Western U.S. - Elko, Nevada, Boise, Idaho, Bakersfield and Chino.”

When they learned that the historic Winnemucca Hotel and Bar in Nevada was slated to be dismantled, they made the 14-hour drive to record it for their project. The documentary features the filmmaker making pickled tongue at the Kern County Basque Club, a walk-through of Noriega Hotel before its closing and Arborglyphs - the famed Aspen tree carvings of names and initials into the barks of trees in Mono County by shepherds.

The documentary also includes footage of the dismantling of the fabled Noriega Hotel bar.

“That was such an important place,” Mingus said. “People didn’t have time to process the loss. This is really the first time to mourn.”

Mingus and Napolitan, accomplished filmmakers, opted to produce this on their own.

“We didn’t set out to make money, in fact, we lost money, but we are only accountable to ourselves,” Napolitan explained on why they didn’t seek funding for the project. “We wanted to make it at our own pace. The thread we kept coming back to was that we’ve had such a great time making it and the people we have met.”

The filmmakers are shooting for a Christmas Day release, a gift of sorts to a community that has captivated them. The local Basque community is eager to view the finished piece.

"The last wave of young Basque men and women came to Bakersfield and the American West in the 1950's and 60's, so they are now in their 70s and 80s," said Cal State Bakersfield professor Steven Gamboa, who teaches courses about the culture that originated in the western end of the Pyrenees mountains between Spain and France. "This film wonderfully captures their unique experiences in a disappearing West, and by doing so, helps the community in Bakersfield and beyond maintain its cultural identity in the present and future."

Options after its release may include streaming, in-person screenings and touring.

“The Basque history is such a large story yet gets so little attention. We wanted to make these portraits,” Mingus added. “It very much is a passion piece for us and the only way you could describe it is as a labor of love.”

To view selected scenes from “The Disappearing West,” visit beauxmingus.com.

This isn't the first film focusing in part on the local Basque community. A film by Kyle Baker, "The Eighth Province," was accepted into the Smithsonian's Mother Tongue Film Festival.