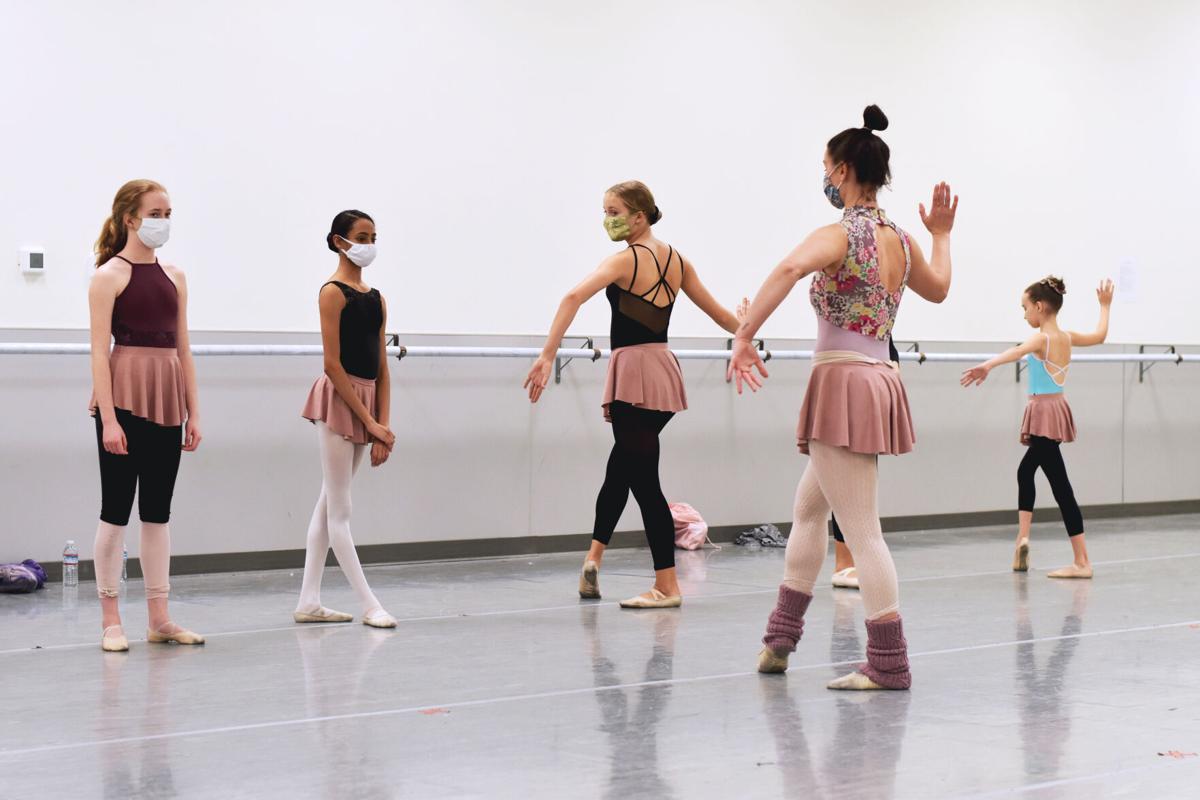 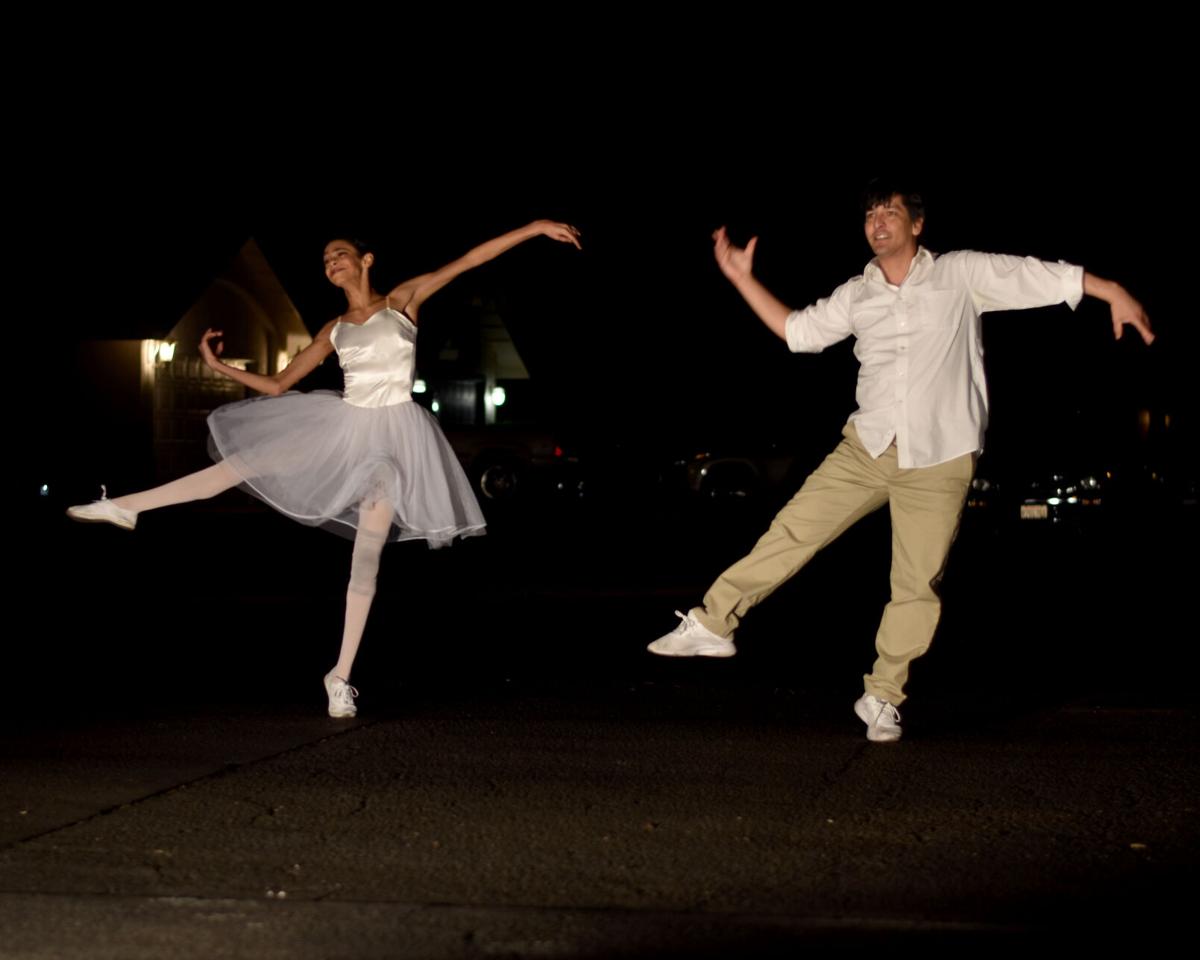 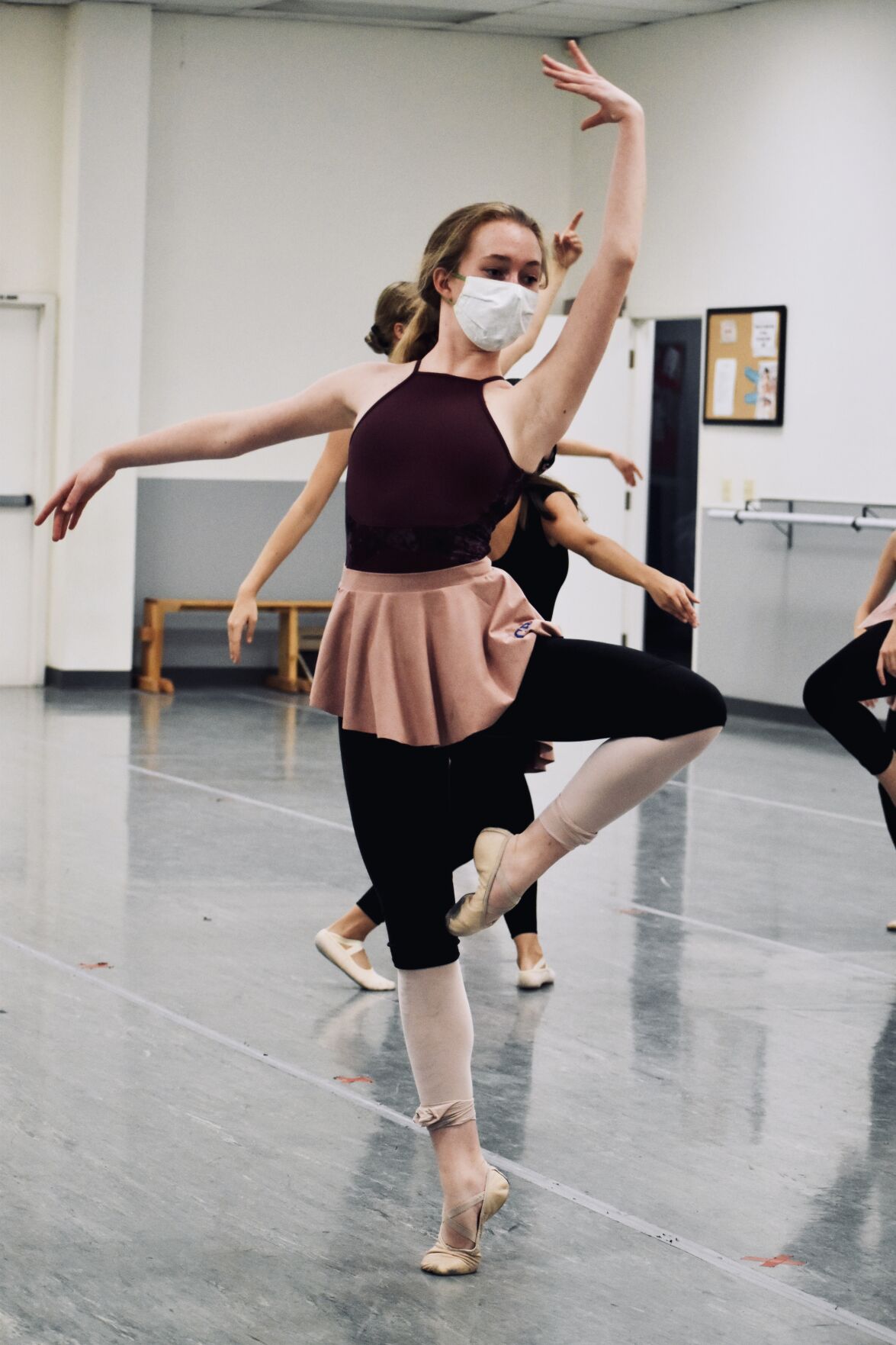 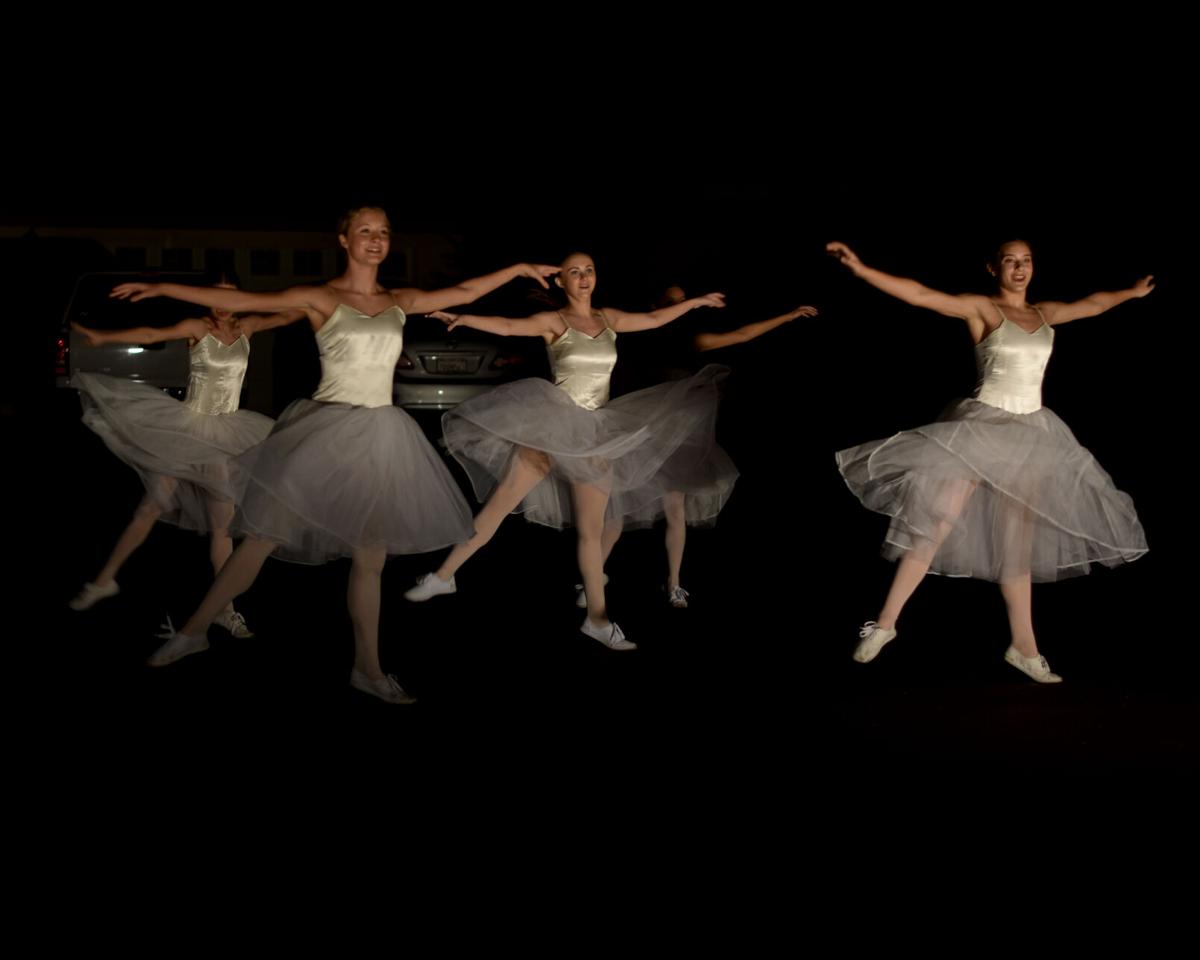 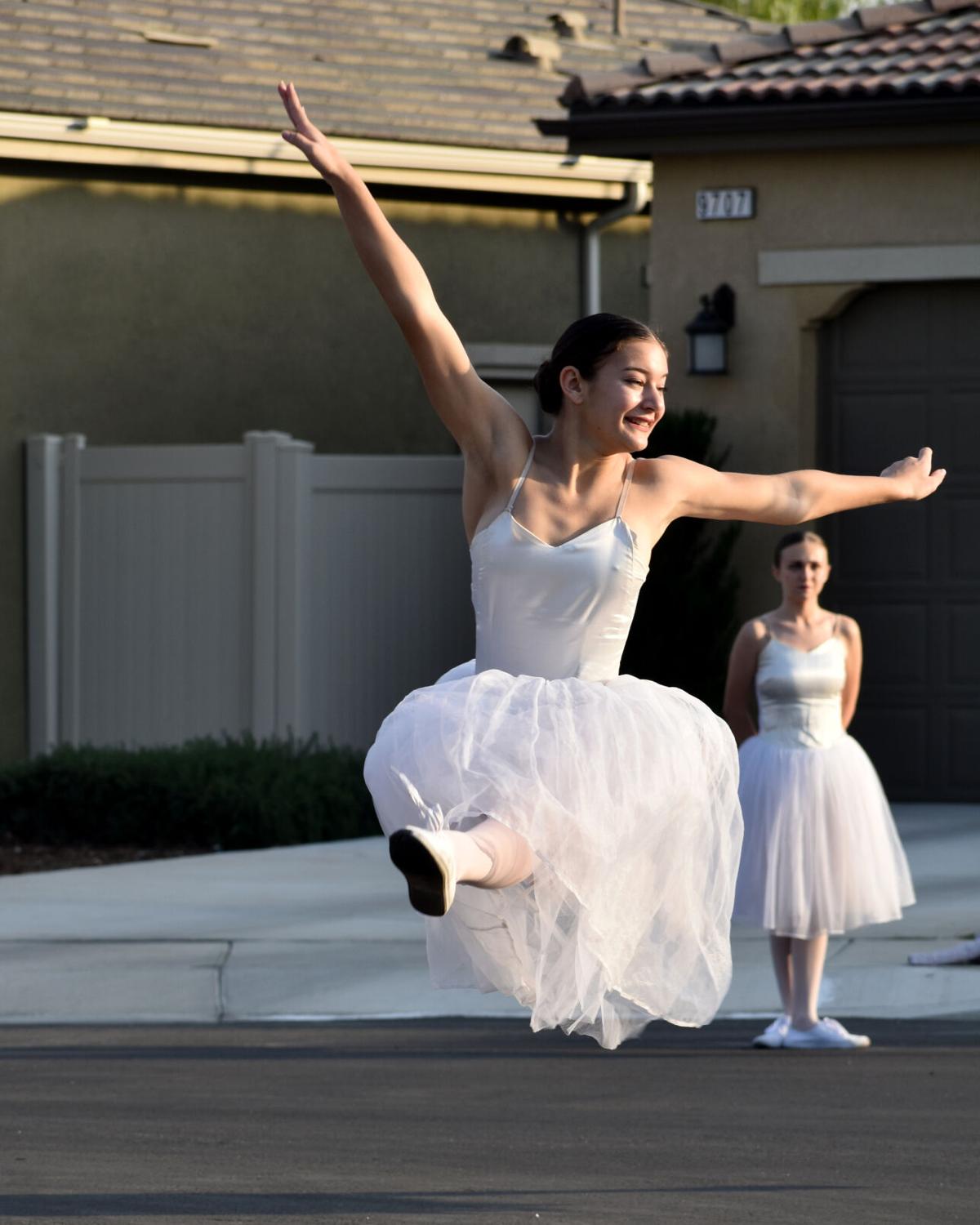 Creatives everywhere have had to find new ways to spread their artistic talents during the COVID-19 pandemic.

The Bakersfield City Ballet is no exception. During a time when the eight-member company would be preparing for its annual performance, large gatherings are still not allowed.

Instead, the dancers are coming to neighborhoods and businesses as part of their Curbside Ballet outdoor performance series.

The company found success in its first go with the series last fall, said Artistic Director Erica Ueberroth. Every performance was sold out, and it's no wonder that this iteration, which will run Feb. 13 through 27, is also already booked up.

"At least a handful of people who watched our show cried," she said of the fall series. "Once it was in front of you, you realized how much you were starved for the live performance."

Around the time when initial COVID-19 closures were announced, the Bakersfield City Ballet was preparing for its second annual show. Peggy Dolkis with Ballet West was staging the second act of "Swan Lake" in its entirety for the first time in Bakersfield, and Ueberroth said the dancers were beyond excited to premiere it to local audiences.

Tears of joy should have been shed by the dancers, but shutdowns caused tears of sadness and disappointment.

"I know myself and the dancers had put in so many hours, classes and rehearsals, all leading up to the pinnacle of what you’re working on," Ueberroth said.

But, since their craft has trained them well, they were quick on their feet and transitioned over to online Zoom and Instagram Live classes.

After some time, the company was anxious to get back to performing. That's when a board member suggested they do "dancegrams," where community members essentially order a performance.

The eight-member company traded in their pointe shoes for tennis shoes and began rehearsing in the sweltering Bakersfield heat. It ended up being a big hit among the community, Ueberroth explained, so much so that additional performances had to be put on the schedule.

"I noticed in the past few years, performing or watching shows, something amazing will happen on stage and you think the audience will respond and they sometimes wouldn’t. (Audiences are) kind of desensitized" to live performances after having so much available at their fingertips, Ueberroth noted.

But once audiences saw the Curbside Ballet performances in their neighborhoods, she said "people were so ready to clap, they would gasp, share their response. The power of the live performing factor is amazing."

After the success of the first series, the company knew another would be coming. The Bakersfield City Ballet will perform Ueberroth's new work, "Splendor and Misery," this time around. The show is comprised of four movements and reflects the neoclassical ballet genre. The neoclassical genre typically features minimal costumes and sets, which work well for a performance outdoors.

Ueberroth also said audiences can expect to see a reflection of the world people are living in.

"I didn’t set out to choreograph a piece about lockdown and quarantine, but it’s there," she said. "If you’re paying attention, you’ll pick up on the repetitiveness of certain things and how at times (our daily lives were) monotonous."

Though this iteration of Curbside Ballet is soldout, Ueberroth hinted there's a good chance audiences will have more opportunities in the future to order a performance. The Bakersfield City Ballet also has its annual fundraiser coming up which will feature dancers' talents. Pints en Pointe is currently scheduled for April 24.

Those interested in learning more about the Bakersfield City Ballet or donating to the company can visit https://www.bakersfieldcityballet.org/