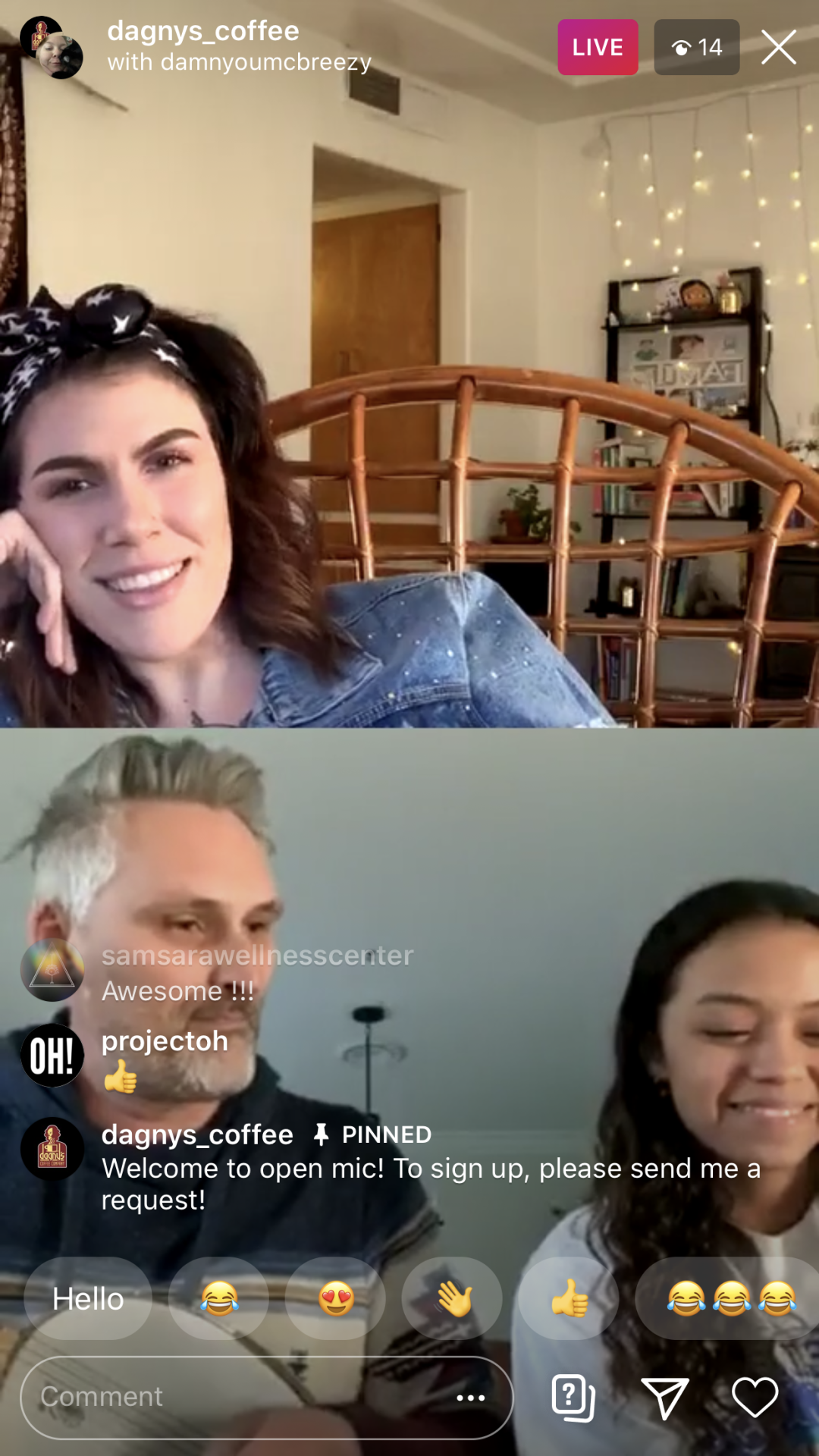 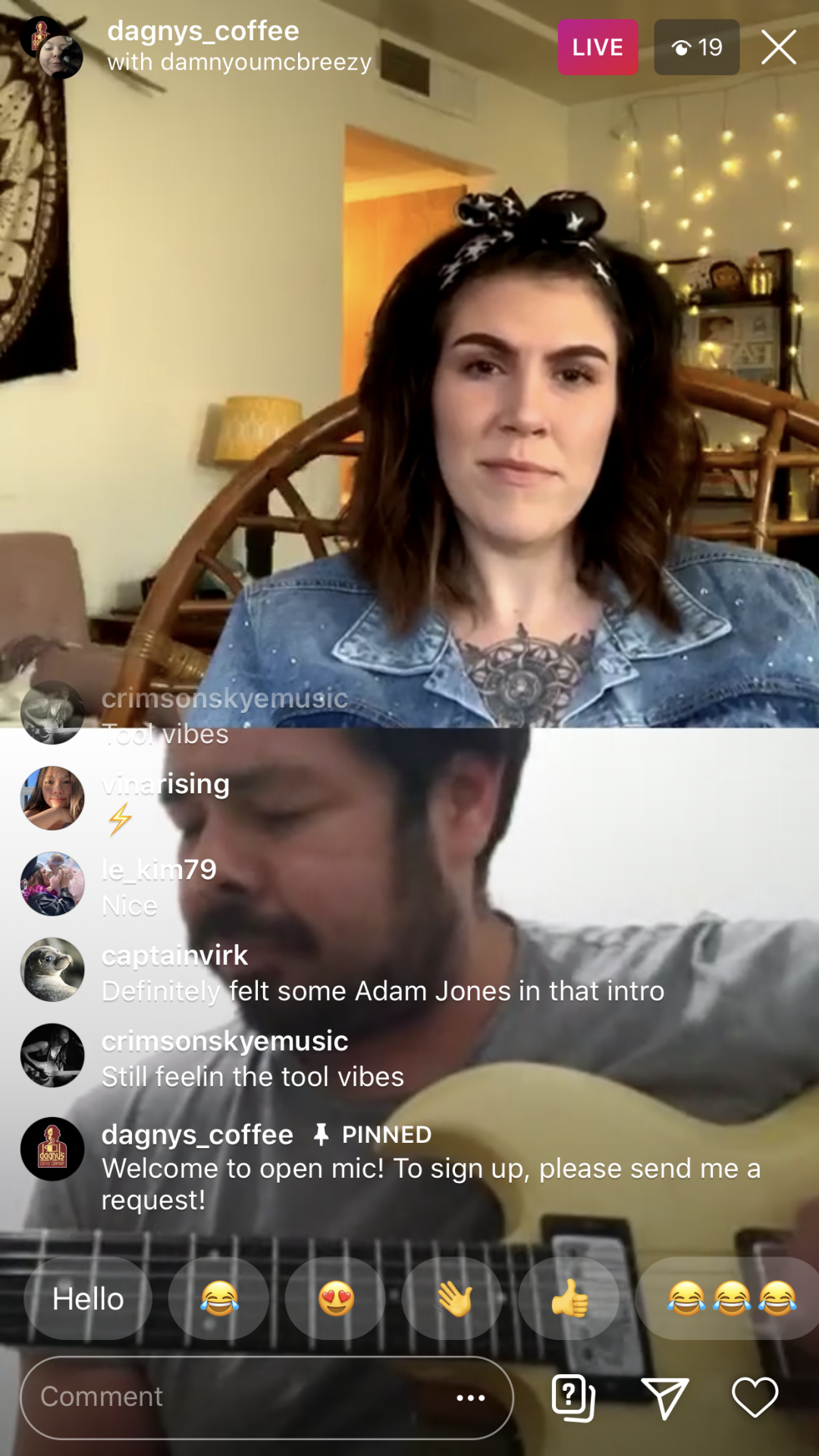 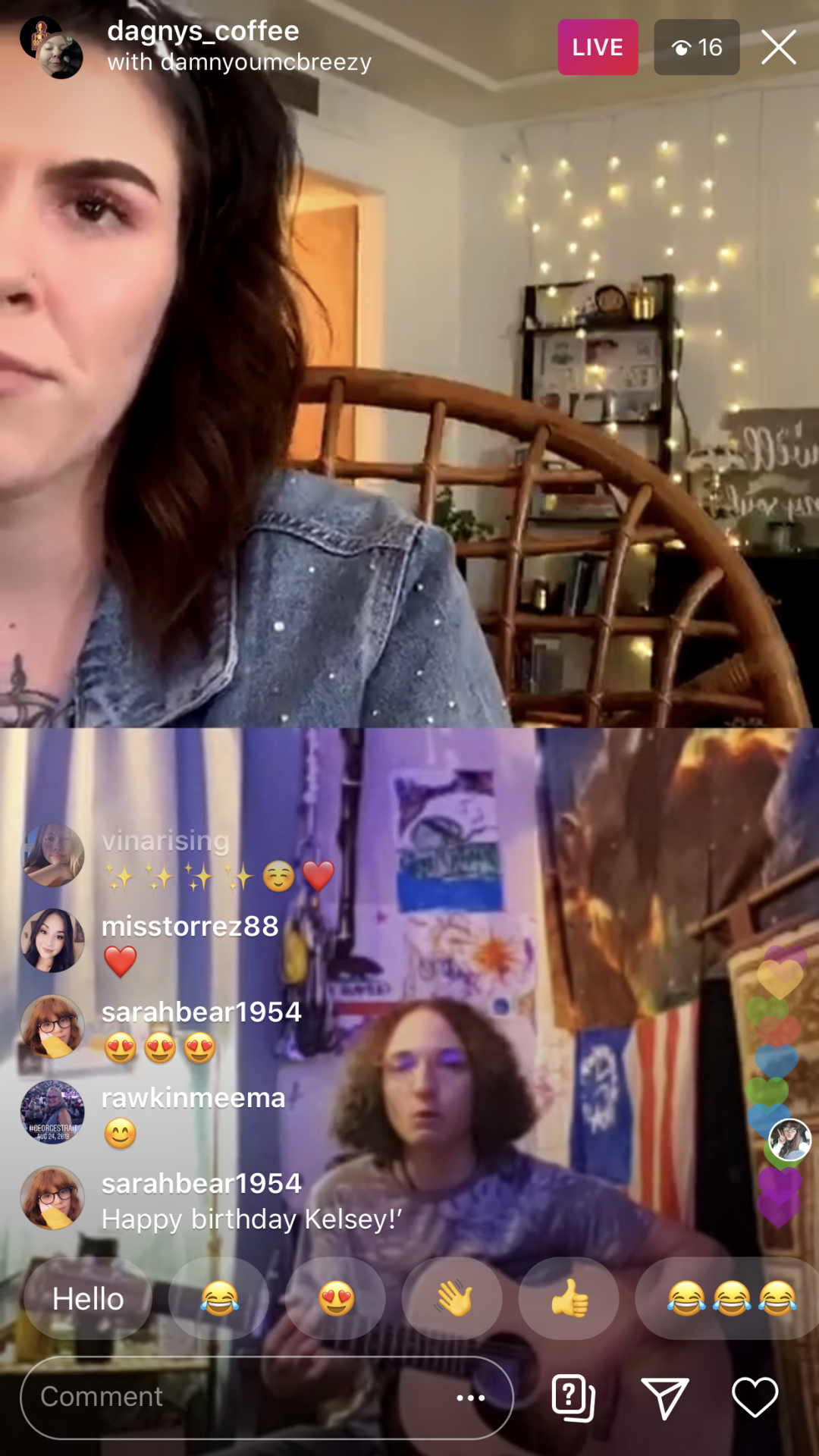 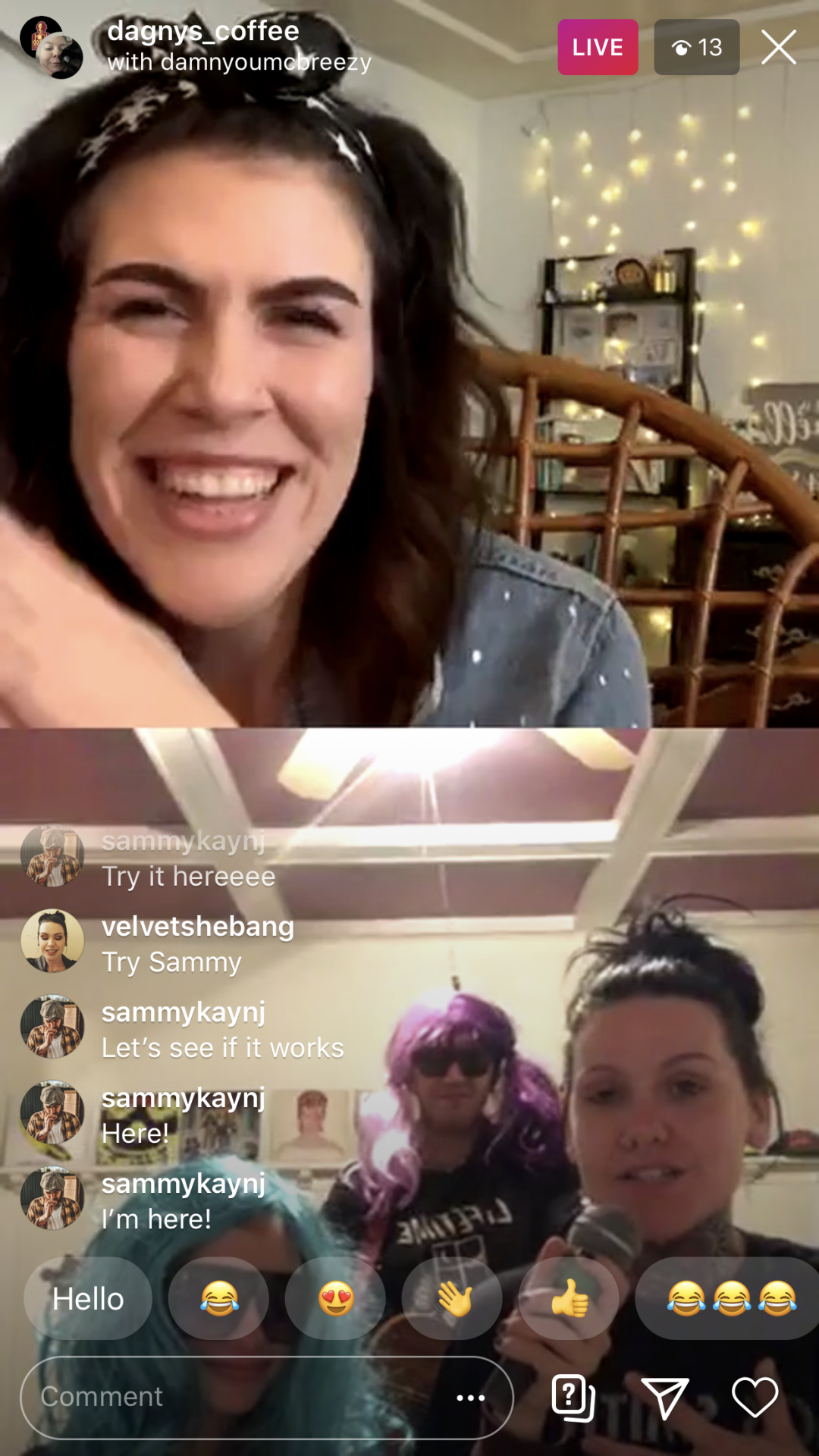 When things don’t make sense to Kelsey Sill, she turns to music. Singing has always been a constant in her life and something that helped pull her out of a deep depression after she participated in her first open mic a couple of years ago at The Mark.

She hasn’t missed an open mic since.

That’s why when Dagny’s temporarily closed its doors amid the COVID-19 pandemic, Sill took it upon herself to keep the Thursday night tradition alive.

“It was life-changing for me,” said Sill, who took over open mic hosting duties at Dagny’s last April and became the popular downtown coffee shop’s manager in August. “My first open mic literally saved my life. I can’t imagine someone needing that space and not being able to find it because when I needed it and I found it, it pulled me out and gave me something to look forward to every week.”

But with the new coronavirus forcing all nonessential businesses to close and residents urged to practice social distancing to minimize its spread, Sill had to take the show online to a virtual stage. She hosted the first virtual open mic via Instagram Live, giving participants the opportunity to perform for others from the safety of their own homes.

“When I’m isolated, I feel like it’s that much more important to at least keep it going,” she said. “It’s just really important right now for all of us to find whatever normal we can.”

One by one, performers took the virtual stage as viewers cheered via comments, emojis and “likes.” The rush of support and participation took Sill by surprise.

“I was nervous, I won’t lie,” she said. “I don’t usually get nervous, but virtually, I was very nervous. I didn’t know what the reaction was going to be — if there was even going to be one. I was floored by the kindness and everyone’s openness to come on and do their thing. My face ached by the end of it because I just smiled and laughed the entire time.”

The positive online environment mimicked its real-world counterpart at Dagny’s, which Sill said she worked really hard over the course of a year to build.

“It’s really cool to see it translate to a virtual space,” she said.

Dagny’s virtual open mic will continue every Thursday, from 6–9 p.m. Participants are required to send Sill a request and are limited to two songs or 10 minutes. Viewers can tune in simply by going to Dagny’s profile when the show goes live.

The second virtual open mic, held March 26, was a co-celebration of the event’s one-year anniversary under Sill’s supervision as well as her birthday. Over a dozen performers took part, including Sill, some first-timers and a participant from Spain.

“I did it,” wrote Instagram user @emmanuelswithus. “That was a fear I needed to conquer. Thank you @dagnys_coffee and @storyofasongbird for having me on. Thank you to the community for the encouragement.”

Another first-time participant said she does karaoke every Thursday at a local establishment but has been unable to do so with the quarantine in place. She said she looks forward to participating again in the future.

In a time when residents are encouraged to practice social distancing, Dagny’s open mic community is still coming together in a virtual space. Whether a beginner or a career musician, Sill encourages anyone who is interested in performing to take the plunge like she did years ago.

“I feel like if we all walk out of this the same people as when we walked into it, it was a failed pause button for us all,” Sill said of the stay-at-home order that was implemented in March. “If the one thing that changes for someone is they were terrified to come out before but now it’s more familiar and they’re able to find that courage and come share whatever they have with people after this, that’s a huge win. You only live once. So get on the stage and sing about it.”