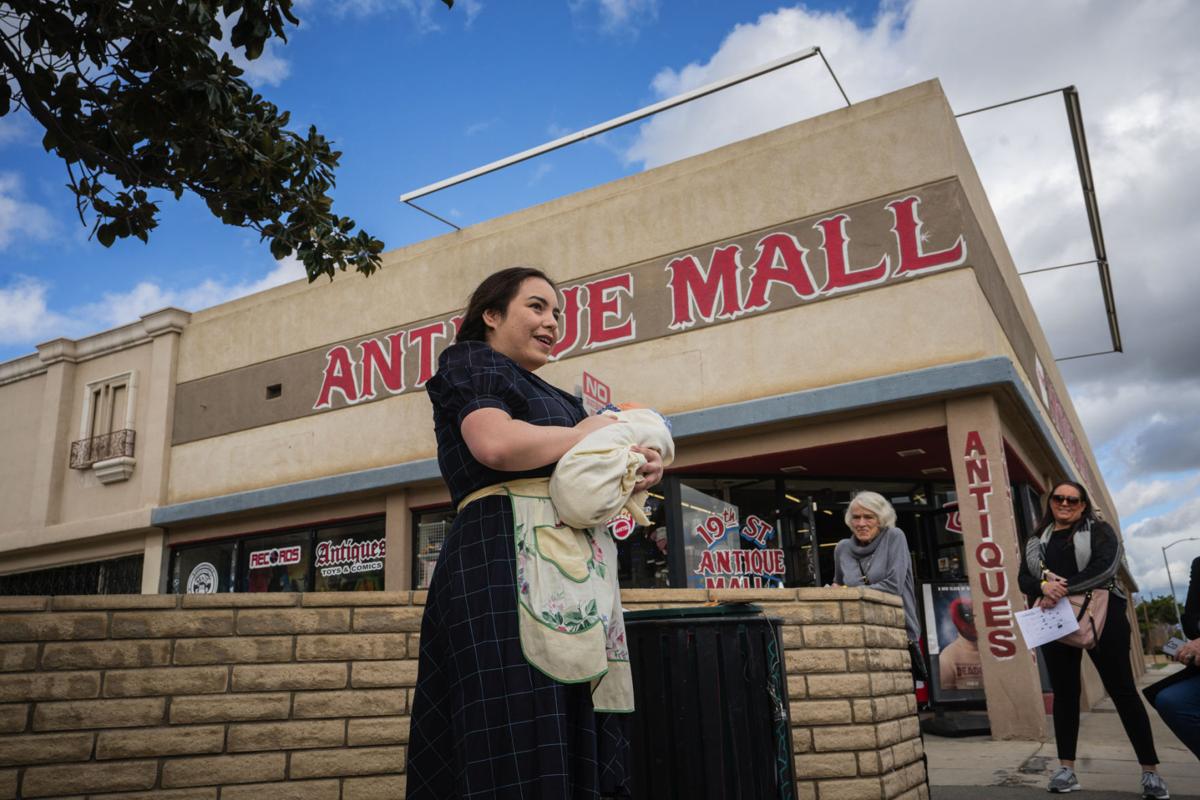 Actors bring to life interesting characters who played a pivotal role in the history of the region during Stories on the Sidewalk. 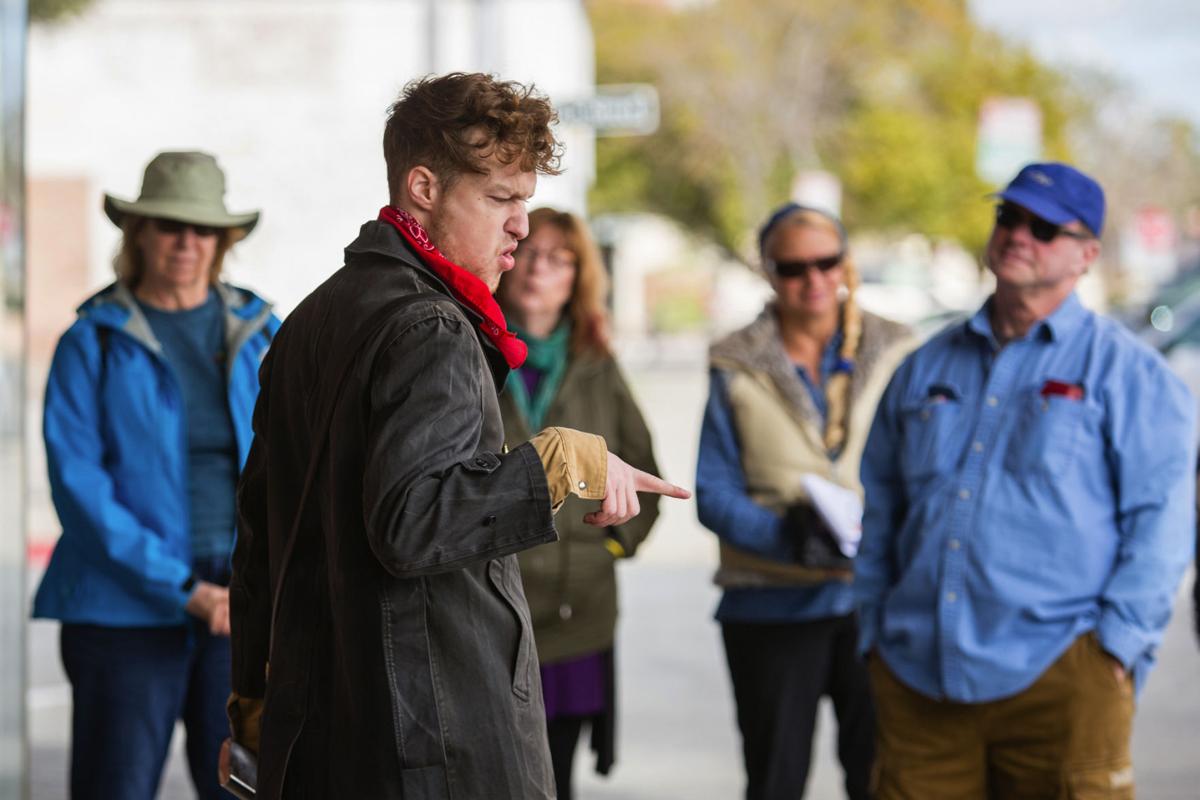 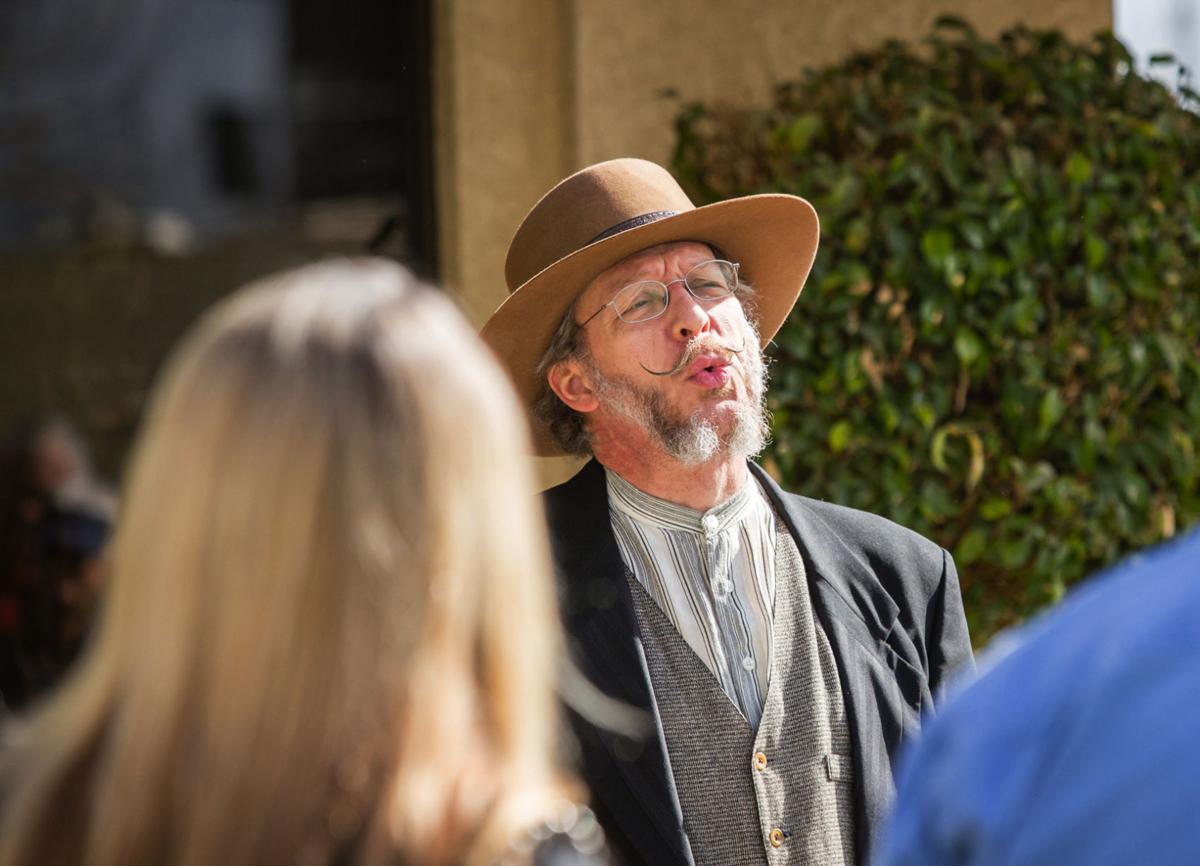 Ed French plays Col. Thomas Baker during the inaugural Stories on the Sidewalk. Baker will return, along with a brand-new cast of characters. 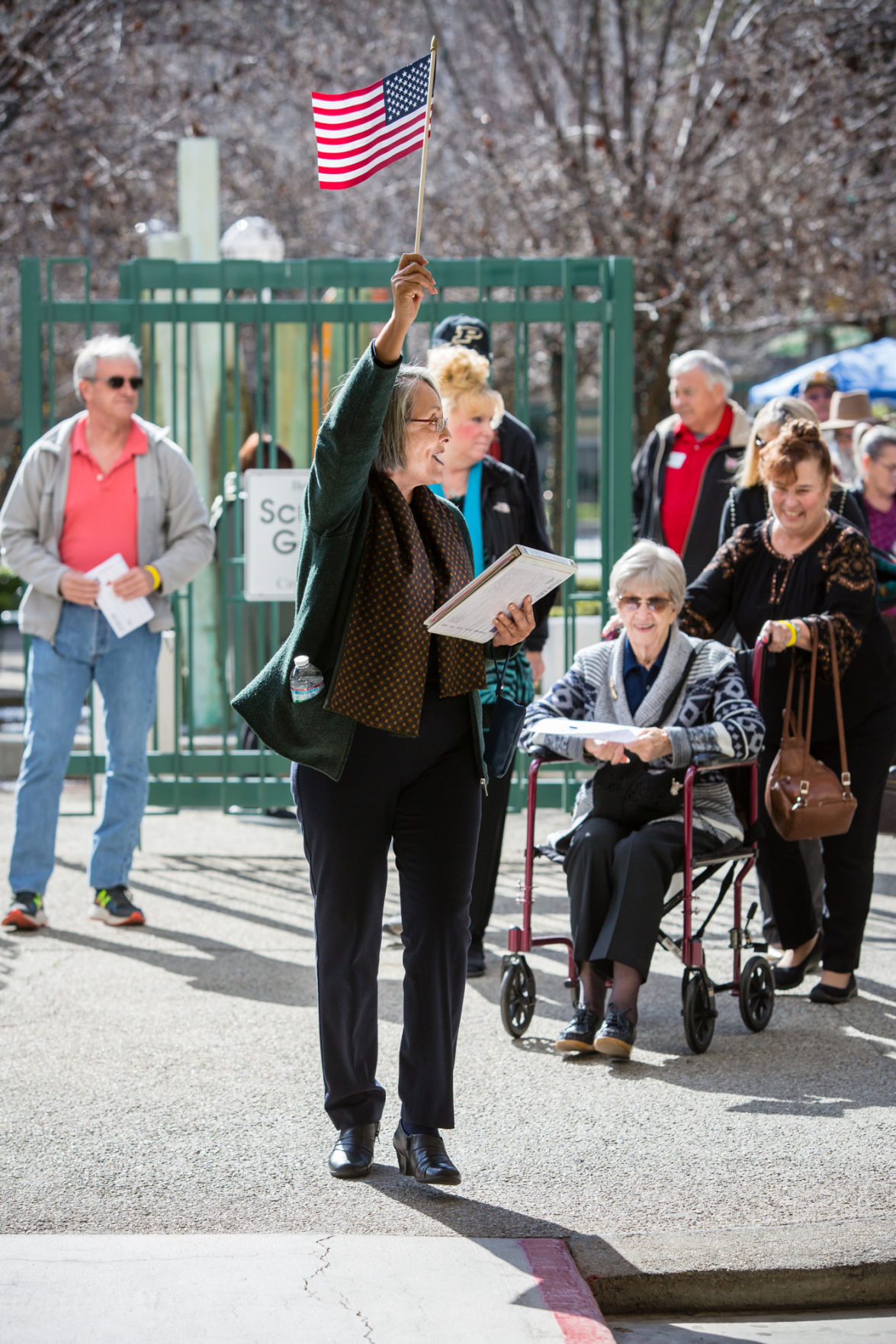 Sylvia Meza leads a group of attendees for Stories on the Sidewalk event.

Actors bring to life interesting characters who played a pivotal role in the history of the region during Stories on the Sidewalk.

Ed French plays Col. Thomas Baker during the inaugural Stories on the Sidewalk. Baker will return, along with a brand-new cast of characters.

Sylvia Meza leads a group of attendees for Stories on the Sidewalk event.

The Arts Council of Kern brings an event like no other — a live, fast-paced show told through the streets of downtown Bakersfield.

Because of its popularity, the Arts Council of Kern decided to bring back its second annual Stories on the Sidewalk event Feb. 8–9.

“There’s been a big push lately or interest in people learning about Kern County and their home,” said David Gordon, executive director of the Arts Council.

Stories on the Sidewalk is an event created by the Arts Council of Kern to tell stories of historical figures in Kern County on the streets of Bakersfield through local actors.

“It fits our mission so well. Our mission is to provide support, promote arts success, advocacy and education for all Kern County residents and visitors,” said Gordon.

The event also gives Kern writers and actors the opportunity to get experience and be paid for their work.

“A big thing for me at the Arts Council of Kern is that the arts is a vocation and a lot of people make their living doing it and so my job is to make sure that artists get paychecks,” said Gordon.

Gordon mentions that Col. Thomas Baker, a previous character from last year’s show, will make a return to Stories on the Sidewalk while the other 10 characters will be new.

People who attend can expect to travel through time and see the past come alive on the streets of downtown Bakersfield.

“It’s a big learning thing. You watch it but you’re also hearing how people are describing it,” said Gordon. “The actors talk in their current state, as if it were happening now. They are very animated. That’s what makes it fast-paced and exciting.”

The event will start at the Arts Council of Kern, 1330 Truxtun Ave., Suite B, with food and beverages, then visitors will head out on a journey to some of downtown’s most historical locations. Tickets go on sale Feb. 8 and are $10 per person.

Gordon said Stories on the Sidewalk gives residents and visitors a chance to look at Bakersfield in a positive light.

“We’re actually helping to turn people’s attitude around to our county. This is something that is a pride builder, not only about the history but current people that are interacting in the arts and are doing something out of pride and out of love that’s creative and that there are community people that will sponsor it,” said Gordon.  

Stories on the Sidewalk

Explore local history with Stories on the Sidewalk

This weekend history comes to life.