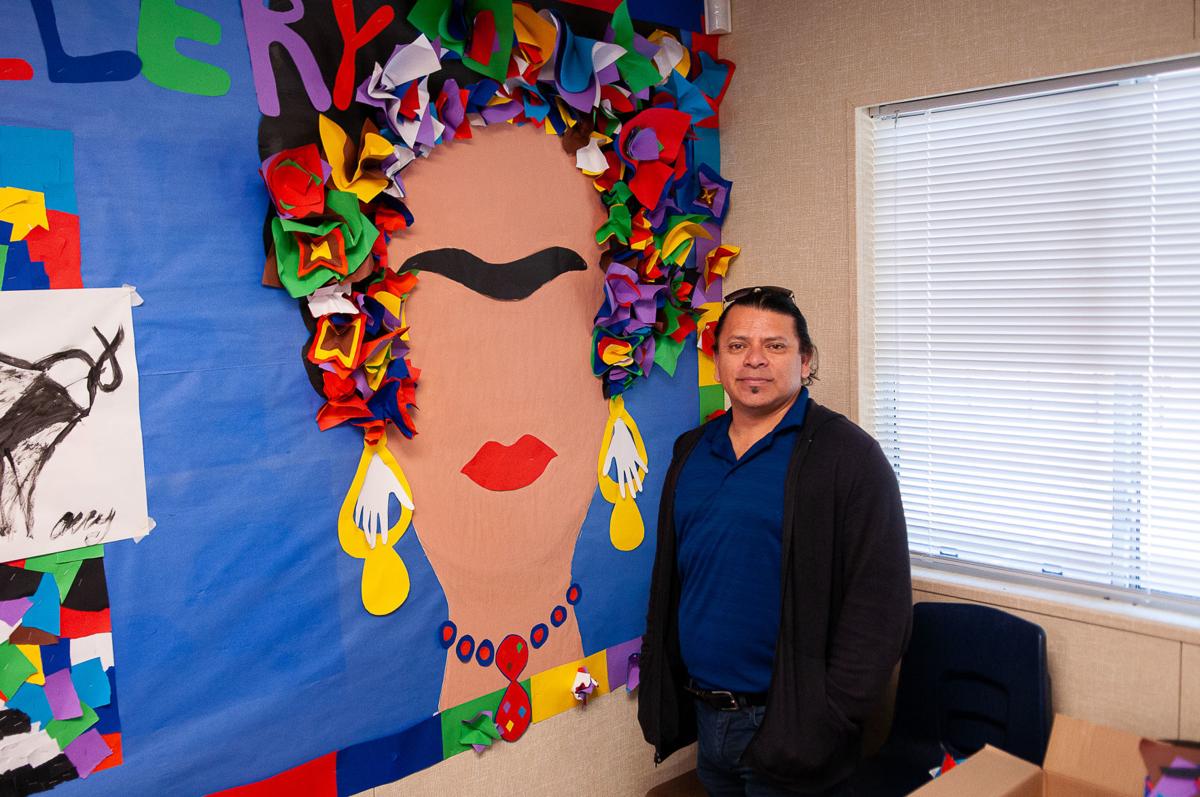 Central Valley High School art teacher Diego Gutierrez Monterrubio stands next to a portrait of Mexican artist Frida Kahlo, which was the first project his students put together. 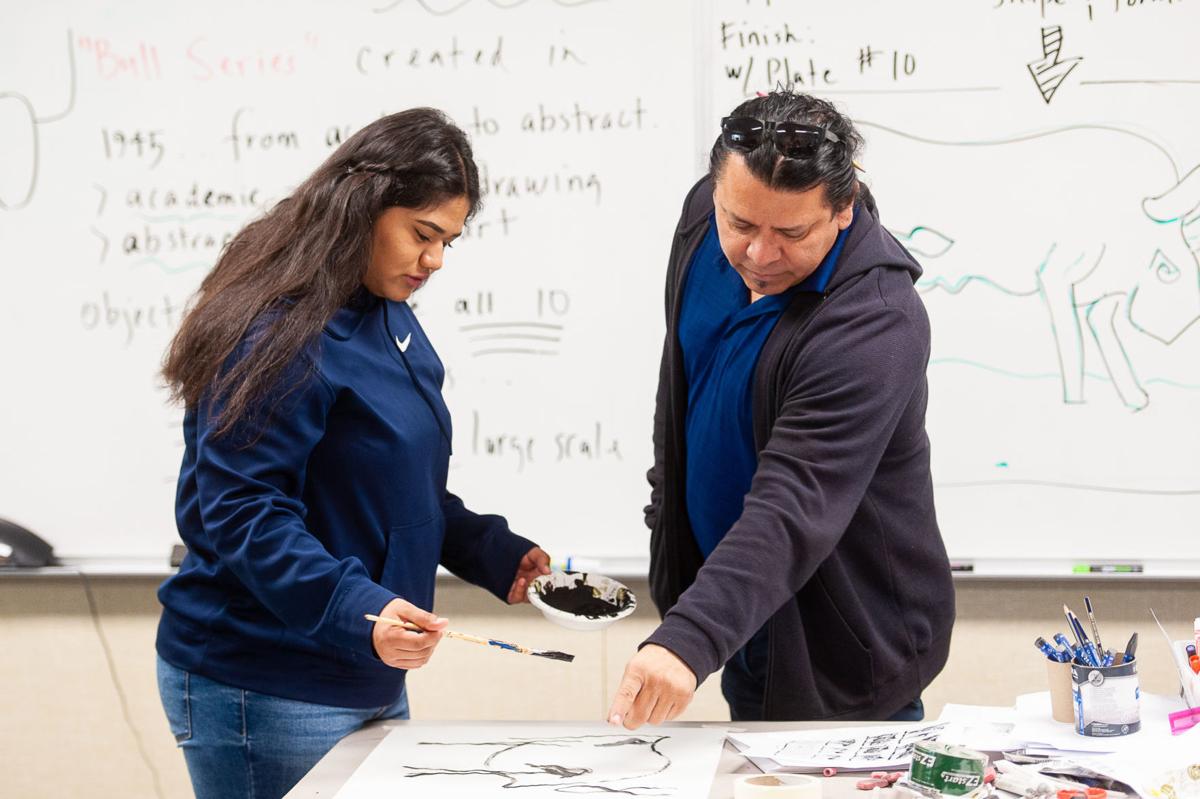 Central Valley High School art teacher Diego Gutierrez Monterrubio stands next to a portrait of Mexican artist Frida Kahlo, which was the first project his students put together.

Many teachers aim to take their careers to the next level. While some would consider transitioning from college to high school as a step backward, Diego Gutierrez Monterrubio saw purpose and fulfillment.

A professor at Fresno State, Bakersfield College and National University, Diego had never taught a high school class. But when he was told that he would be teaching at a continuation school in Shafter, his interest grew. While visiting Central Valley High School near Shafter High School, Diego asked about the percentage of Latino students. When he was told it was “about 99% Latino kids out here,” he was sold. He wanted to be the catalyst that helped those students transition from high school to college.

“I told them, ‘This is my gente – this is my people,’” Diego said. “They need to see someone who looks like them, talks like them, who’s been through the same sort of struggles and not been discouraged and went all the way to college and ended up with a higher degree. That’s my purpose to be out here.”

The students at Central Valley High School are those who have been unsuccessful in traditional high school settings, whether it be poor attendance, personal/social barriers, disruptive behaviors or deficient academic abilities. The school’s mission is to prevent these students from dropping out, teaching them to learn from adversity, and earn a high school diploma.

But Diego wants more than that for his students.

Only a few months into his first semester, Diego helped establish a dual-enrollment class through Bakersfield College, allowing his students to earn college credit while taking high school classes. When the enrollment deadline came, about 25 students signed up.

“This is step one,” he said. “As soon as you enroll online and they give you an ID number, you’re a college student. You enroll in my dual-enrollment class, that’s your very first college class. As each one was signing up, everybody in the room clapped for them. That was exciting. I almost wanted to cry. I thought my purpose was fulfilled. That’s why I’m here – to get them to college.”

Diego grew up in Lindsay, California, a town of 10,000 people in Tulare County. The son of a migrant worker and a seamstress, he earned his Bachelor of Fine Arts from Fresno State and MFA from the University of Texas. His work and accomplishments up and down the Central Valley were the subject of a PBS documentary filmed earlier this year.

“It’s neat because I get to tell my story,” he said. “I get to share how things began.”

The interview was an emotional one because it was the culmination of what he considers his proudest accomplishment.

“I am fulfilling the life of my ultimate inheritance, which is art,” he said. “I’ve always considered art my ultimate inheritance from my grandfather (Victor Monterrubio). He’s passed away almost 15 years now. He lives through me and I live through him. Probably my most proudest thing is that my mother can watch me become him.