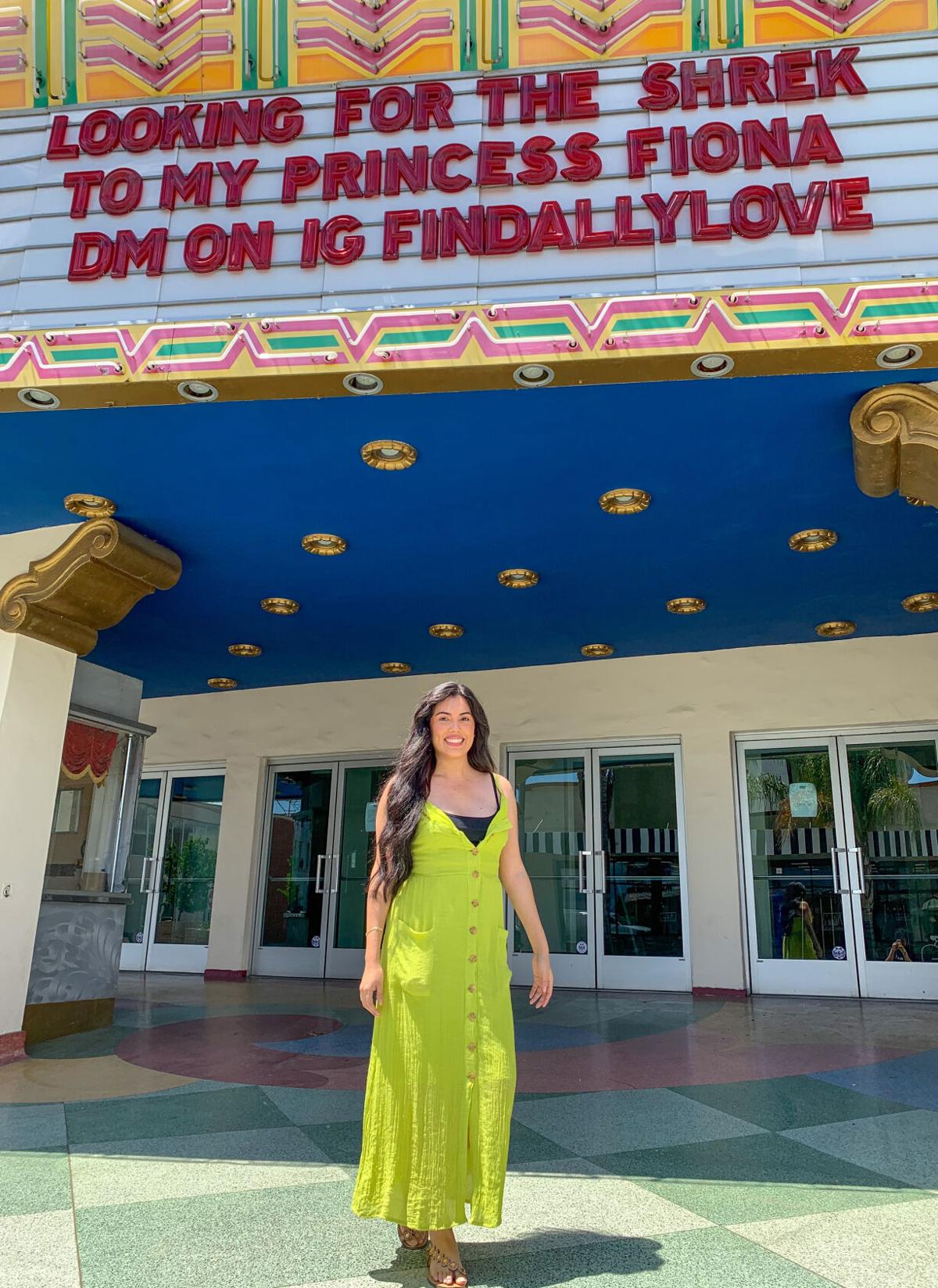 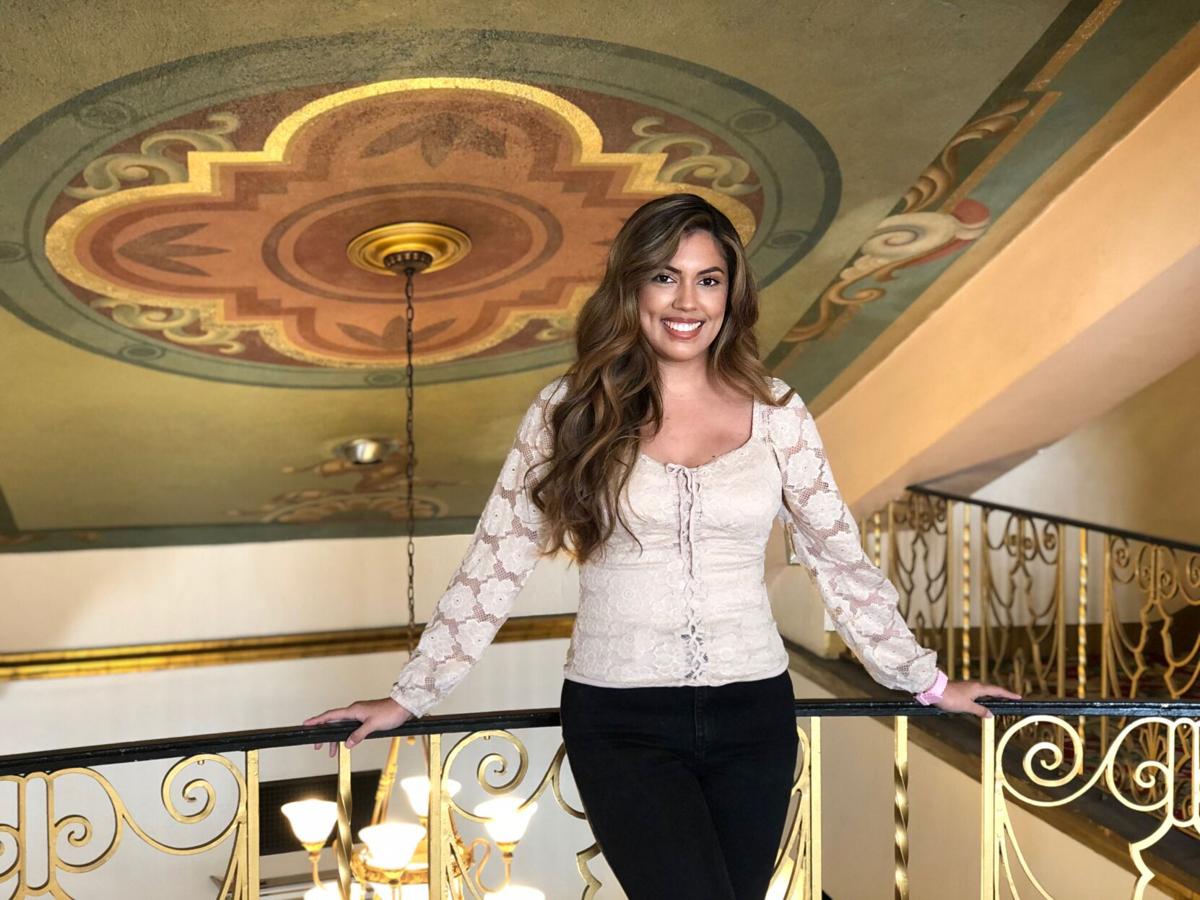 Despite some hard times in love, Ally Lara is still ready to find "the one." 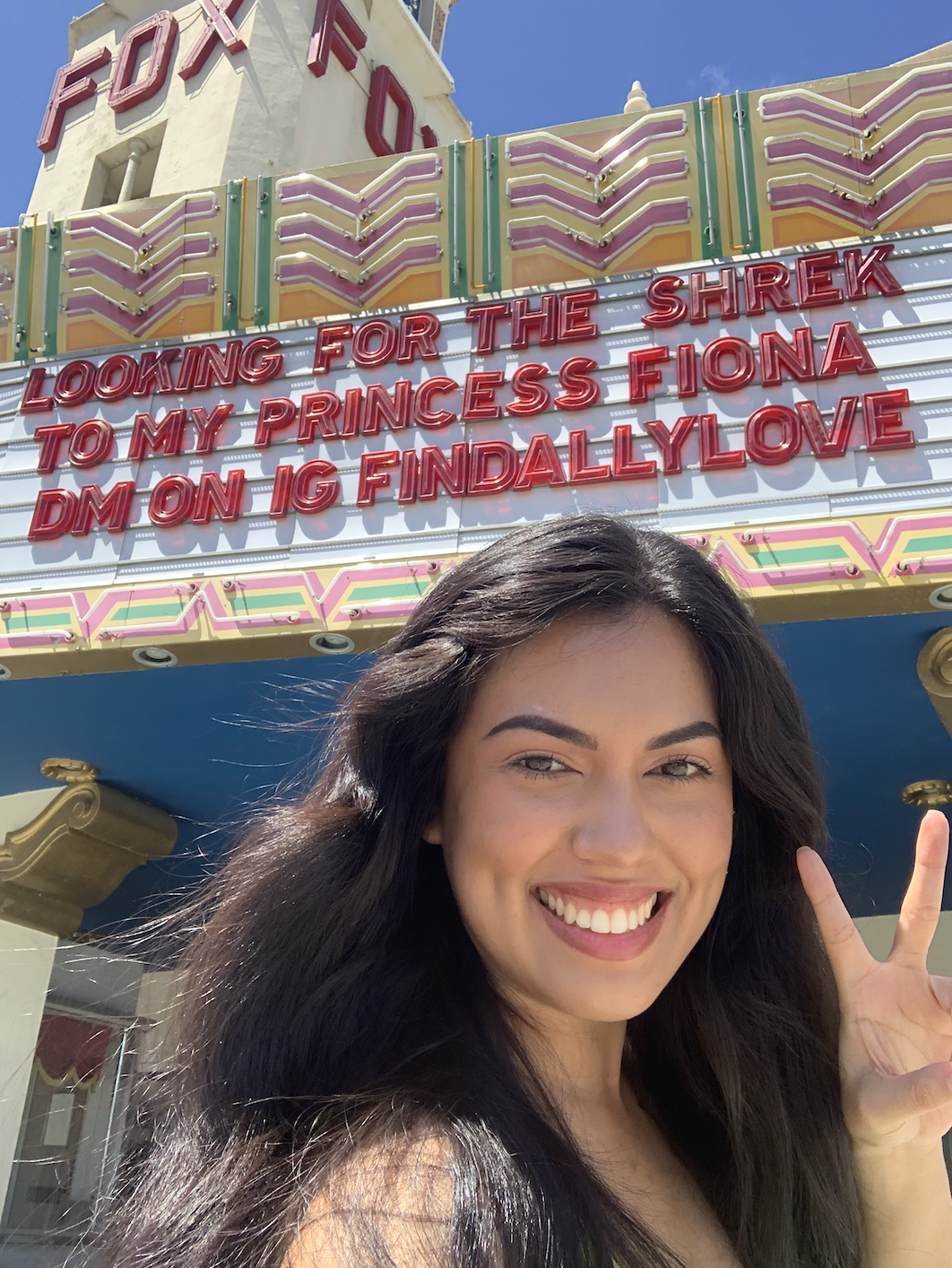 Ally Lara shared a message with Bakersfield in bright lights: "Looking for the Shrek to my Princess Fiona DM on IG FindAllyLove."

Despite some hard times in love, Ally Lara is still ready to find "the one."

Ally Lara shared a message with Bakersfield in bright lights: "Looking for the Shrek to my Princess Fiona DM on IG FindAllyLove."

Finding "the one" is never an easy task, and a pandemic, which has made going out and meeting new people almost impossible, doesn't help either.

In the spring of 2020, Ally Lara, assistant manager of the Fox Theater, decided she was ready to pursue love in a whole new way: totally out in the open for Bakersfield to see on social media.

She created an Instagram account @findallylove and posted an image of herself in front of the Fox Theater with the marquee message: "Looking for the Shrek to my Princess Fiona DM on IG FindAllyLove."

"Once I knew the message was going up, there was no going back," Lara, 26, said. "When you have no luck in love, anything goes."

Prior to her love campaign, Lara's dating life wasn't exactly what she imagined. She would date people here and there, but none turned into more serious relationships. She grew more and more frustrated, wondering what she was doing wrong in these relationships and if she was too picky when it came to love.

She later realized that things weren't working out not because of something she was doing, but because she just wasn't with the right guys. In order to find "the one," she decided she would have to get a little creative.

After she introduced herself to the world of Bakersfield singles, Lara said she received more than 100 message requests from men hoping to be her Shrek. One stood out among the others, she said, and she decided to take a leap of faith.

The two went on a date to Sonder, where everything from their meal, dessert and drinks was on the house. Things finally seemed to be looking up, she thought.

That is until things came crashing down.

Lara noticed a difference with her partner and had a feeling something was off. Her gut ended up being right because she found out her partner was seeing several other people behind her back. She quickly ended the relationship and said there was no way they could get back together after what happened.

"It was hard, but I realized that I wasn't as in love with him as I thought," Lara said. "It was sad because it was the first relationship I had, and I thought I had failed in a way, but it wasn't me."

Back in the single life, Lara decided that rather than sulk around and be upset over the situation, she would focus on loving herself and doing right by her. She began working out and eating healthier, which gave her a new sense of energy that she needed, and brightened up her look with some highlights. She also relied on her friends to get through the tough moments.

"I'm not trying to become a whole different person, just a better version of myself," she said. "I've been in that low point where you're just heartbroken, you can't think about the future and being better, and it's a hard place to get out of and I knew I didn't want to go back there."

The time also allowed her to reconsider the qualities she wants in a partner and what matters most in order to find the one. Ideally, she'd like to be with a Spanish-speaker, or at least someone who is willing to learn the language. Someone who is open, honest and faithful is key as well. She's not too picky about one's appearance, but she doesn't mind someone who is taller than her.

"I don't care about sports, but if you like sports, that's great. I will be your cheerleader, I will clap and scream whenever they do a touchdown," she said. "We can have some things in common, like if you like to get out of town for the day, go out to eat or go for a hike ... but it's alright if we have different interests."

Although @FindAllyLove didn't work according to plan the first time around, Lara doesn't regret her relationship, and she's not opposed to trying to find her Shrek again. Perhaps a new year could spark a new romance. But even if it doesn't happen, like Princess Fiona, she doesn't necessarily need a man to save her from all the dragons in the world.