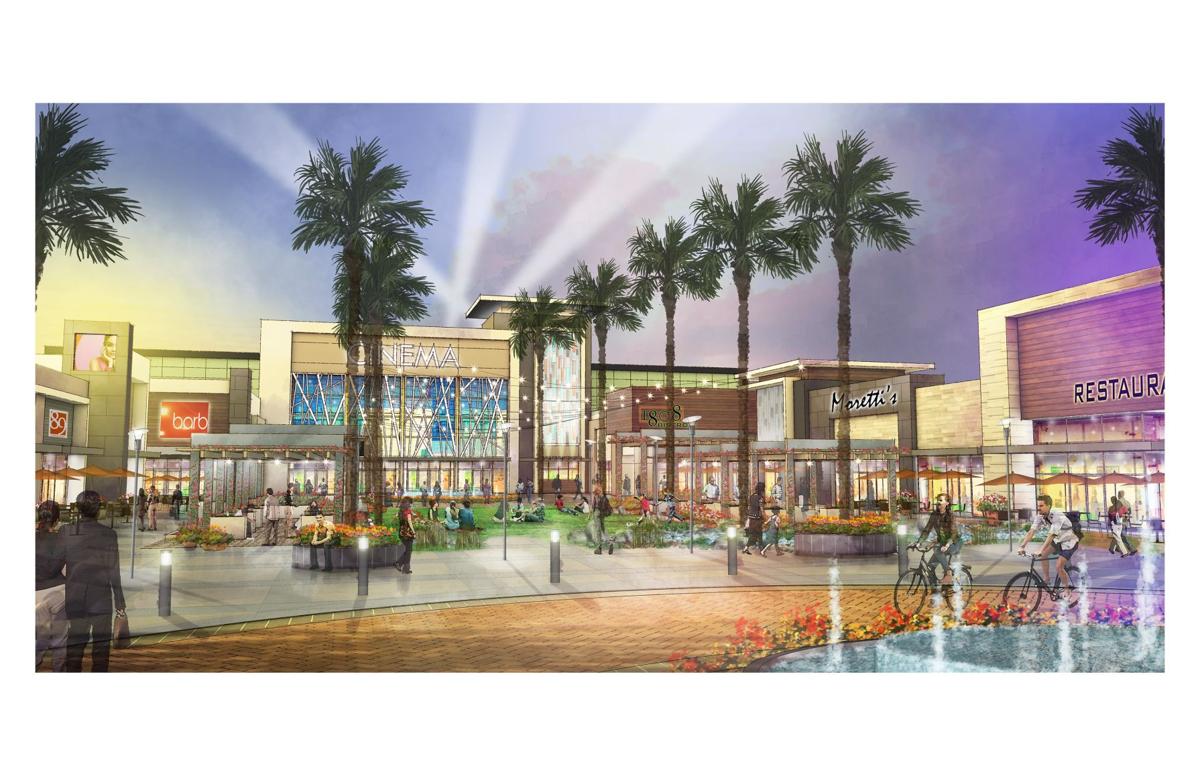 This is a rendering of the entertainment district within Bakersfield Commons, to be built in three phases by 2035 by Trammell Crow Co. The Bakersfield City Council voted in 2016 to approve environmental documents and land-use changes to move the project forward. 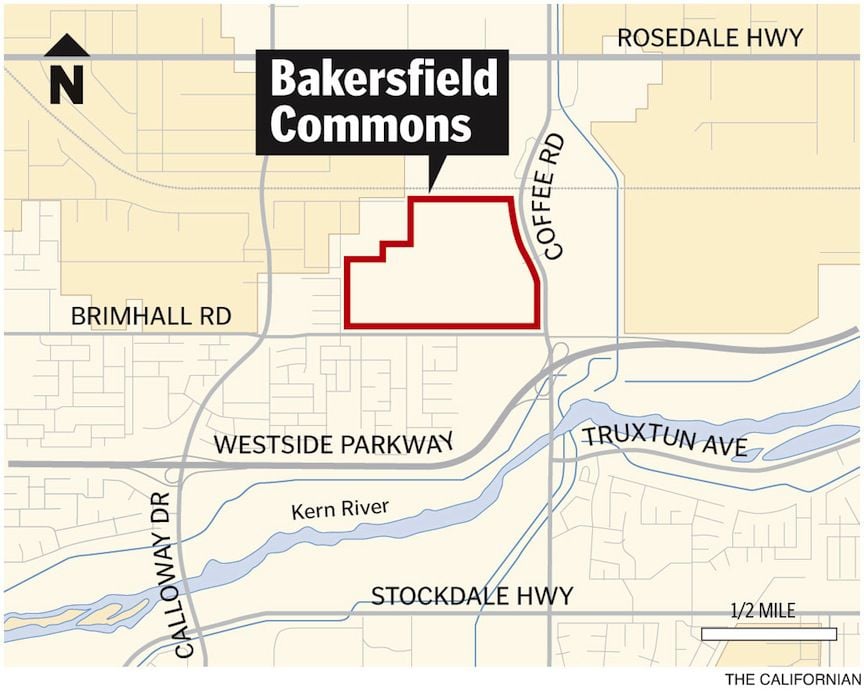 This is a rendering of the entertainment district within Bakersfield Commons, to be built in three phases by 2035 by Trammell Crow Co. The Bakersfield City Council voted in 2016 to approve environmental documents and land-use changes to move the project forward.

Developers of a long-delayed real estate project generally northwest of Coffee and Brimhall roads have proposed substantial changes including a new hospital, a boutique hotel and senior housing, as well as many more apartments and far less retail space than envisioned just a few years ago.

Developer representatives say the changes result in large part from economic studies showing part of the city’s northwest no longer needs the sort of large, “big-box” retail proposed during the early part of the Great Recession.

“It was a different era,” said Abbey Ehman, a senior associate at Trammell Crow who was one of two company representatives to go over the project with a Californian reporter Tuesday.

The company turned in revised project plans to the city June 3. As proposed, the project will require an amendment to the city’s General Plan and approvals by the Bakersfield City Council. The city’s Planning Commission is expected to review at least some of the changes at its meeting Sept. 1.

The entire 258-acre project is expected to be built in three phases ending in 2035. The first phase would build retail, office and multi-family residential.

City officials commended the developer’s efforts to adapt to recent market conditions. They said the new plan appears to be modern and well-appointed with attractive amenities appropriate for the area.

“I believe they have a commitment to top quality and it will be an asset to our community,” City Manager Alan Tandy said by email.

The city councilman representing the area, Ward 4's Bob Smith, said the latest version of the project looks “more realistic” and should fit in better with surrounding neighborhoods than what World Oil proposed years earlier.

“In general, Bakersfield is fairly positive, pro-development, as long as it's done right,” he said. “And it looks like a good plan to me.”

Whatever development is eventually built at the site will set the stage for what observers expect will be a major redevelopment of the area south of Rosedale Highway near Coffee.

Immediately to the north of the World Oil property is a former power plant site owned by Pacific Gas and Electric Co. Both parcels are mostly vacant, former industrial properties that once sat on Bakersfield’s periphery but now are surrounded by development, including some of the city’s hottest commercial real estate.

CHANGES TO THE OLD PLAN

Probably the biggest change between the old Bakersfield Commons project and the new one is the wellness campus now proposed to be built along the east side of Coffee just south of railroad tracks separating most of the project from PG&E’s property. It would feature a hospital with up to 200 rooms run by an undisclosed company, plus smaller spaces dedicated to healthy living and disease prevention.

Just west of Coffee across from the hospital would be an extended-stay hotel with 130 rooms designed to suit the millennial generation’s tastes.

Immediately south of that would be a retail complex with a movie theater, restaurants and shops. Total space for these uses would be about 300,000 square feet — a big drop from the 1.4 million square feet of retail proposed at the onset of the Great Recession.

Skipping westward over a large, surface-level parking lot, Trammell Crow has proposed an office complex to be developed around four landscaped areas. Parking for the complex would be built on the perimeter, away from the central open areas.

Just north of the offices would be a 6.5-acre park to be operated by North of the River Recreation & Park District, and a separate park measuring 2.8 acres. There would also be a multi-level golf facility catering to teams and businesses, with food and beverages.

At the development’s southwest corner, at Brimhall and Windsong Street, would lie a substantially redesigned residential element. Originally pegged at 345 multifamily units and 80 homes, the new version would have 865 multifamily and 17 single-family units. The apartments would be built around a park area and, like the rest of the project, linked to other areas by trails and bike paths.

Smith said Trammell Crow’s plan as recently as a few months ago was not to build any single-family homes on the property. But he said he persuaded the developer to include some houses as a way of providing a buffer for the area’s existing homeowners.

Trammell Crow representatives said the company may or may not be called on to develop the entire project, adding that some of the property may be sold to other developers.

Here are some details of the Bakersfield Commons project property owner World Oil Corp. is proposing northwest of Coffee and Brimhall roads:

Shopping was supposed to be the overriding activity at a 255-acre, mixed-use project northwest Coffee and Brimhall roads. Not anymore.