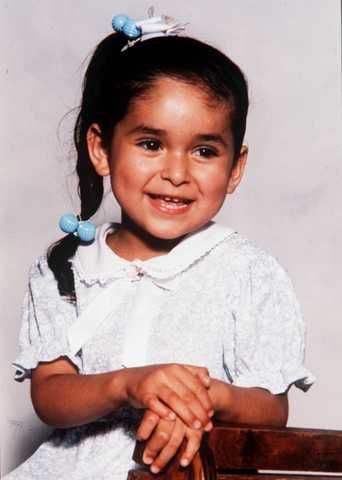 Jessica Martinez is pictured in this 1990 file photo. 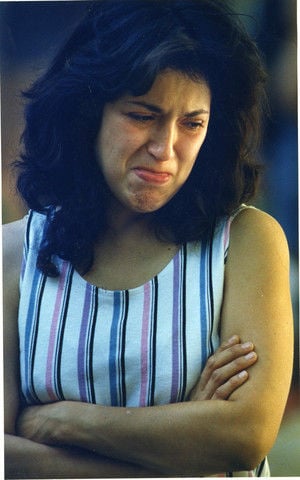 Nellie Martinez, mother of Jessica Martinez, is pictured in 1990. 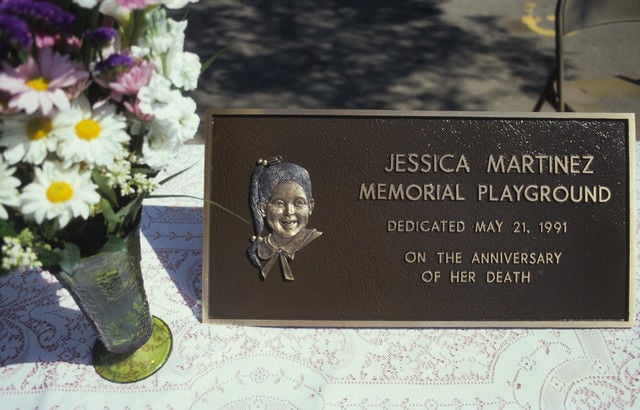 A memorial at St. Francis playground was placed for Jessica Martinez.

Jessica Martinez is pictured in this 1990 file photo.

Nellie Martinez, mother of Jessica Martinez, is pictured in 1990.

A memorial at St. Francis playground was placed for Jessica Martinez.

Eighteen years ago, a little girl was kidnapped.

She disappeared the night of May 10, 1990 from a dirt playing area, 40 feet away from her apartment at 5000 Belle Terrace. The search for her began immediately.

For nearly two weeks, Bakersfield residents and law enforcement frantically looked for the 4-year-old, 32-pound girl with long dark hair and brown eyes. A field worker found her dead in a cotton field 11 miles south of the spot where she was taken.

Her killer has not been found, but investigators recently said they have a new suspect. Christopher Charles Lightsey lived in the same apartment complex as the girl, about 50 steps from her door. Investigators recently took a DNA sample from him to see if it matches DNA found on her clothes.

As Bakersfield waits for the results, they remember Jessica Martinez.

Most tenants at Pine Brook Apartments — formerly Timber Cove — have no idea what happened there more than 18 years ago, the managers said. After all, Nayeli and Cesar Rodriguez, who took over the complex 15 years ago, only found out about a decade after taking over.

“I was shocked when I found out,” Nayeli Rodriguez said.

Robert Dana and Diane Dana remember. They have lived in the 240-unit building for 21 years, and are the only tenants remaining from the Jessica Martinez era, Cesar Rodriguez said.

“I remember like it was yesterday,” Robert Dana said. “She was in the playground, playing with her little brother. She was a good little girl. For that to happen to her, it really broke my heart.”

Police say Jessica was taken between 8:15 and 8:30 p.m. No suspects were seen or heard.

The search for Jessica began immediately. Days went by with no sign of her.

Jessica was found the next day.

Farmer Don Suburu said one of his workers, Edwardo Santiago, was cultivating cotton in a field near Bear Mountain Boulevard and Ashe Road when he spotted Jessica’s body.

“He looked back behind his tractor as he was riding it, and he saw this little kid in the dirt,” said Suburu, landowner and president of Suburu Farms Inc. “He came back to the shop and I was the one he talked to. I knew really quick it had to be that little girl. They were looking for her.”

He added: “Before the day was half gone, the news media (were) everywhere. There were officers all over the place. There were so many dag on people, we couldn't do anything for three days.”

The coroner's office said Jessica was strangled before her body was dumped, but they could not say she was molested because of her decomposed state.

Santiago was so shaken up from the discovery that he left to Mexico, Suburu said. Santiago's sister, who also worked at the field, told him he died in a car accident two weeks after he left.

A July fund-raising concert at Beach Park turned out 3,000 people. The Kern County Independent Grocer's Association raised $30,000 for Jessica's fund. After time passed with no arrest leads, the money was donated to the secret witness fund.

“It was really remarkable the way the whole community just stepped up,” said Scott Hair, owner of Green Frog Market, who headed fund raising as president of the grocer's association. “We didn't know how much it touched people in a human way. It really it cut across socio-economic lines.”

But the case also spread fear throughout neighborhoods as police continued to search for Jessica's killer. Schools reinforced stranger avoidance, and families banded together to organize neighborhood watch groups.

“My kids would stay in my apartment,” Diane Dana said. “I called the police about a dozen times because I thought my grandson was gone.”

Her daughter Leann was 8 at the time, and would either be escorted to the bus stop or walk in a group.

In the first months of the investigation, authorities tracked down close to 400 tips.

Investigators searched a Lancaster man’s apartment, and gave lie-detector tests to sex offenders living near the apartment. They turned up nothing.

“The whole community was upset,” said Bakersfield police Lt. Mike Cantrell, who was the lead detective on the case. “The community still has a lot of interest in the case.”

Jessica's family still lives in Bakersfield, waiting for an arrest. Her mother Nellie Martinez did not wish to comment for this story, because she is waiting for investigation results.

Today, investigators are awaiting the results of a DNA sample they took from death row inmate Lightsey, who they believe may have killed Jessica. And so are thousands of others in Bakersfield.

“I think that there's certain people it has tormented,” Hair said. “There is nothing good that came out of this. You want to see it resolved. Frustration isn't the right word.”

Things have changed at Pine Brook Apartments since management found out about Jessica, Nayeli Rodriguez said. When it gets dark, kids can't play outside by themselves or parents can be fined.

“I still think about that little girl,” apartment resident Robert Dana said. “You can't do nothing but break down and cry.”

The case “has been a long ordeal,” said Father Craig Harrison, leading a prayer during Jessica's funeral May 30, 1990. “Each one of us had been busy in our own lives … and then Jessica was missing. For one family, the world stopped.”

“I'm wondering,” Nellie Martinez said in an April 1991 interview. “Is there really going to be a day that I don't think about her? I go to sleep thinking of her. During my lunch, whenever I'm driving, I'm thinking of her.”

“I know what it is to have a broken heart. It's like there's a piece missing. My heart aches.”