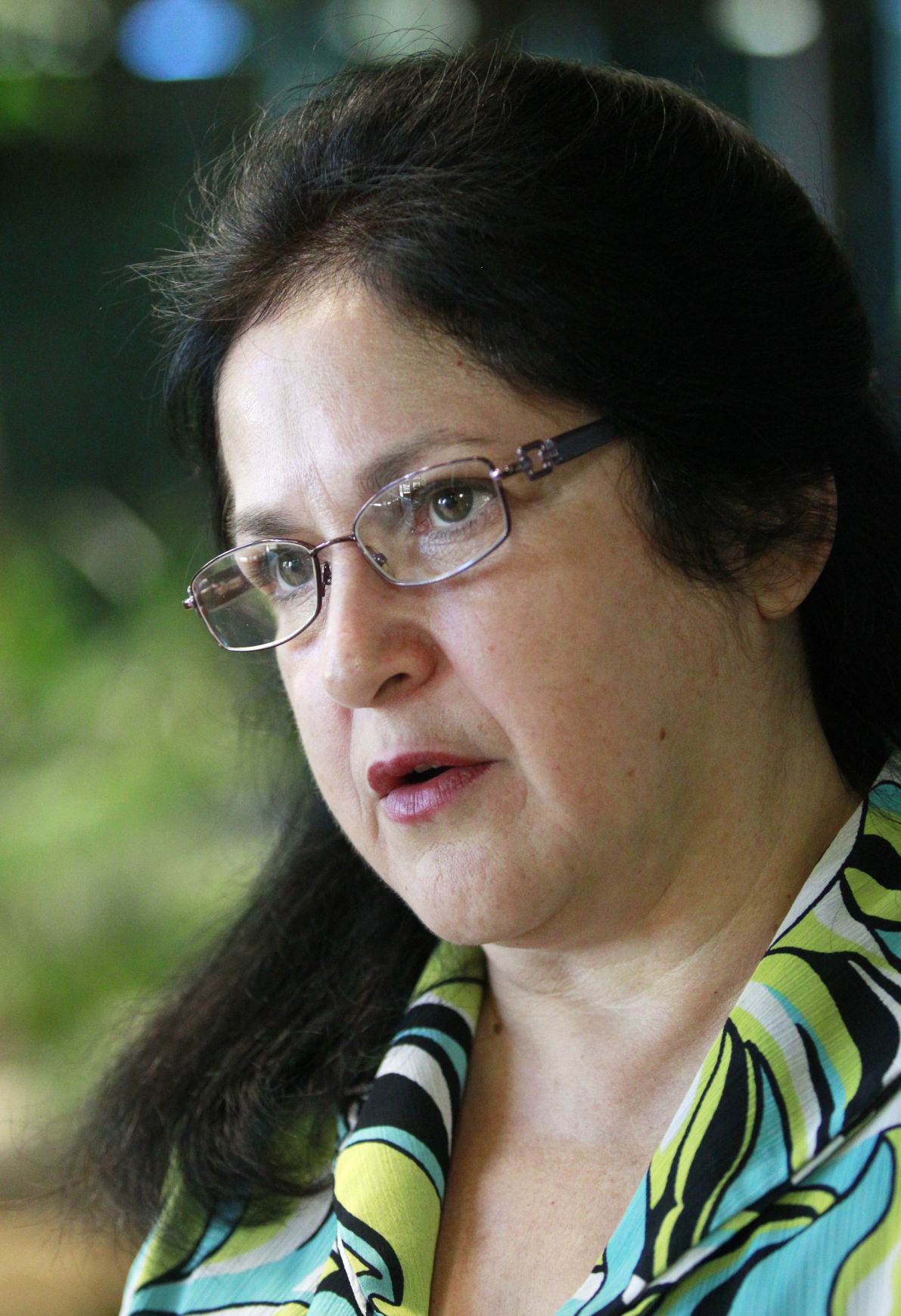 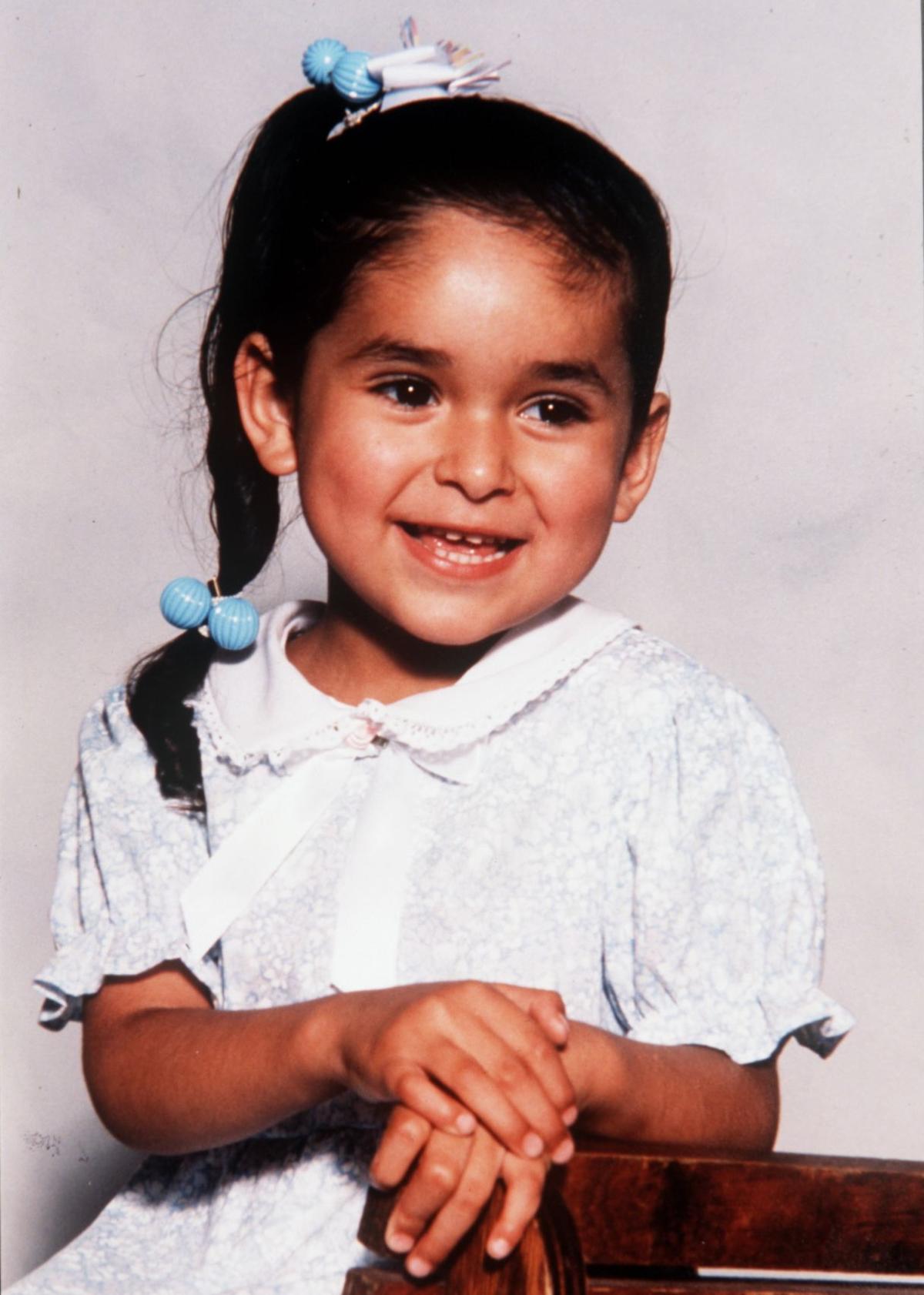 Nellie Martinez was determined her daughter would enjoy the things in life she never had the opportunity to experience.

She enrolled her in dancing classes and bought her a bike. Next up were swim lessons.

Nellie Martinez poured a large portion of herself into 4-year-old Jessica Martinez, her only daughter. Hers was a future Martinez could envision filled with happiness.

"She was going to be everything I wasn't," Martinez said.

On the evening of May 10, 1990, Jessica went missing after playing outside her family's apartment. The plans her mother had in store for her came to an abrupt end 11 days later when the body was found partly buried in a cotton field 10 miles south of Bakersfield.

"When they took her, they took my dream too," she said.

But who is "they"? That question remains unanswered 23 years later. Several suspects have been identified over the years, but no one has been charged with Jessica's death.

The man police have shown the strongest interest in the past few years is Christopher Charles Lightsey. Sentenced to death for the 1993 killing of a cancer patientin Bakersfield, Lightsey is in Lerdo Jail awaiting hearings to determine whether he was competent during that trial.

Martinez isn't sure if Lightsey is the man who took her daughter or not. She's just hoping a missing piece falls into place and the details of what exactly happened to her daughter all those years ago finally come to the surface.

Martinez said t here was nothing ominous about that May day in 1990 began, a sunny day in Bakersfield, a day for children to burn off restless energy outdoors.

Martinez, her three children and Jessica's stepfather lived in the sprawling Timber Cove apartments at5000 Belle Terrace. The day of the abduction, Martinez was at work and the stepfather watched over the children.

Rudy, 8, and Jessica played with other children about 40 feet from their apartment about 6:30 p.m., still an hour before sunset. Rudy romped with other boys, playing soccer, while Jessica made mud pies.

The stepfather watched over them from a patio window. At some point he took his eyes off them and in that time Jessica was gone.

Nellie rushed home from work. Nervousness escalated into full-blown panic as they couldn't find Jessica, and the police soon arrived.

Rudy Martinez, now 32, said he took one look at his mother and could tell she was different.

"I'll never forget the loud agony of pain that came from her voice," he said. "It was a scream and a cry that I had never heard before."

She couldn't stop screaming. She'd lived in Bakersfield less than a year but had made lots of friendsand neighbors constantly came and went through the evening.

A friend cut a sleeping pill in half for her. She awoke the next morning thinking it all a horrible dream. But the thump, thump, thump of search helicopters and sight of police outside told the reality.

News spread quickly and reporters swarmed outside. Martinez called someone she trusted: the then-Rev. Craig Harrison.

He madesure her family had everything it needed, from food to counseling. Her family traveled from Fresno to stay with her. For the next 10 days, while scores of people searched for Jessica, Martinez consulted psychics, listened to people's dreams about Jessica, and even, accompanied by a brother, walked through fields with a man whose divining rod, he said, had the power to locate bodies.

"That's pretty crazy, but we were willing to do anything," Martinez said.

The police chased their leads while Martinez and her family chasedtheir own. One night they heard a little girl crying inside a house. Martinez knocked on the door and refused to leave until she saw the child. It was not her Jessica.

And then Jessica's body was found.

A farmworker drove a tractor over her shallow grave in a cotton field and alerted police. Advanced decomposition made pinpointing a cause of death difficult, and although there was speculation she was strangled an exact cause of death was never determined.

Despite their four-year age difference, Rudy Martinez and his sister were close. They read The Berenstain Bears books and watched the Adam West "Batman" TV show together.

She even stood up for him, running to tell their mom if other kids picked on him.

"She was a very sweet girl, very nice," he said.

Nellie Martinez didn't work for the next year. She avoided contact with friends and family. There were entire nights she just cried. Once she did nothing but scream Jessica's name, hoping to rid herself of the pain.

Even with passing time, the grief persisted.

"Why are you still in my heart?," Martinez asked her daughter.

She thought the case would be solved in a few months, then maybe a year, then a couple years.

As she has adjusted her expectations, Martinez has learned to live with the loss, returning to work, making new friends and moving elsewhere in Bakersfield.

Butthere's one thing she's never been able to do.

"I never, ever, ever go by the street where she was taken," she said.

Randy Boggs retired from the Bakersfield Police Department in 2001 after 31 years. He worked the Jessica Martinez case.

Twenty-three years later, it's never far from his mind.

"That was an extremely frustrating case," Boggs said in his bear growl of a voice Wednesday. "I still think about it. I think about it almost daily."

It was originally handled as a missing persons case. The homicide detectives came on board when the tractor turned up Jessica's body. From that point on, the case became the focus of the entire department.

Boggs and other detectives interviewed hundreds of people in and around Kern County, from convicted child molesters to people from all walks of life. He traveled to Santa Cruz, to Texas.

One detective's sole job was to log incoming tips and keep the massive file in order.

"The community was sending in tips from the ridiculous to the sublime, to tips that were very plausible," Boggs said. "We followed every one of these and came to no conclusion whatsoever."

Some people held grudges against a neighbor, or were angry with a former friend. They'd call police and tell them the person was a pervert, and police should look into whether they were responsible for Jessica's death.

Boggs said the massive apartment complex where the Martinez family lived was at that time occupied by every kind of individual. Ex-convicts on parole lived next to hardworking families. About two blocks wide and three blocks deep, with apartments stacked one on top of the other, its narrow, wavy sidewalks stretch in every direction.

It's a good place to make an escape.

Police canvassed the entire complex. Numerous registered sex offenders lived there, but police found nothing to tie anyone to Jessica's murder.

Christopher Lightsey had moved in to a friend's apartment at the complex about a month before Jessica's disappearance.

"We were never able to prove he had anything to do with it," Boggs said.

Their paths crossed again a couple years later with Lightsey's arrest in the 1993 killing of 76-year-old cancer patient William Compton. Boggs handled the investigation, in which it was discovered Lightsey killed Compton because he wanted his gun collection.

A jury convicted Lightsey of first-degree murder in 1995 and sentenced him to death.

Boggs visited Lightsey in San Quentin when his name again came up as a person of interest in Jessica's killing. But as soon as Boggs asked Lightsey about the case, Lightsey stormed out of the room.

The detective said Lightsey wascapable of Jessica's murder, but there was simply no evidence to charge him.

The failure to find a culprit still rankles, even though he knows the department put every resource into the investigation. There were viable suspects, but no proof to resolve what's become one of Bakersfield's most infamous mysteries.

Christopher Lightsey isn't the athletic man he was 20 years ago. He gets around in a wheelchair and appears almost frail.

One thing hasn't changed in the years he's spent behind bars: his demeanor.

Lightsey speaks loudly and rapidly, talking over others (including judges) and refusing to stay on topic. He maintains an intense stare, and denies ever engaging in criminal behavior, including Jessica's murder.

"DNA has proved my factual innocence in that case," Lightsey said during a jailhouse interview in late September.

Detectives swabbed Lightsey's DNA in 2008 to check against DNA found on Jessica's clothes. It didn't match, but police said he remains a person of interest.

Lightsey said he never saw Jessica during his time at the apartment complex, nor did he interact with any of her family.

He spent the night of Jessica's disappearance partying with friends. At one point he heard screaming. A friend of his looked outside but didn't see anything, and Lightsey said he didn't think more about it.

"That has nothing to do with me," he said of Jessica's murder. "There's no probable cause."

The Jessica Martinez case has changed hands several times at the Bakersfield Police Department and has been continuously worked on since the crime occurred. Detective Marcela Garcia was assigned the case in late 2012.

She said Lightsey remains a person of interest, but she declined to release information regarding him or other possible suspects because the investigation is ongoing.

Garcia has spent much of her time reviewing the mountains of paperwork compiled in the case. She said it can be difficult to try to see things as they were two decades ago, through the eyes of the detectives at the time. She doesn't have the benefit of first-hand experience at the crime scene, and can't judge responses of people interviewed then -- evasive, forthcoming, nervous?

Garcia said it could be the tiniest piece of information that finally breaks the case.

"What citizens think is small is huge to us," she said.

Social media sites make it easy to send in a tip; new information can be quickly sent to thousands at once. Garcia said there's no telling what could spark someone's memory from that day, a fact they never considered that turns out to be crucial.

That would put an end to Martinez's emotional ups and downs. Her hopes have been raised many times over the years, only to flicker out as another lead reached a dead end.

She has prayed, cried and screamed for justice, for an answer why her daughter had to die.

But she hasn't given up. She recently saw a TV program where a murder case was solved after 50 years.

She hopes she doesn't have to wait that long.

This is the first in an ongoing series in The Californian on cold cases in Bakersfield and Kern County. Anyone with information on the Jessica Martinez case is asked to call Bakersfield police Detective Marcela Garcia at 326-3552.

Twenty-five years. A quarter of a century. That's how much time has passed since a 4-year-old Bakersfield girl went missing while playing in f…