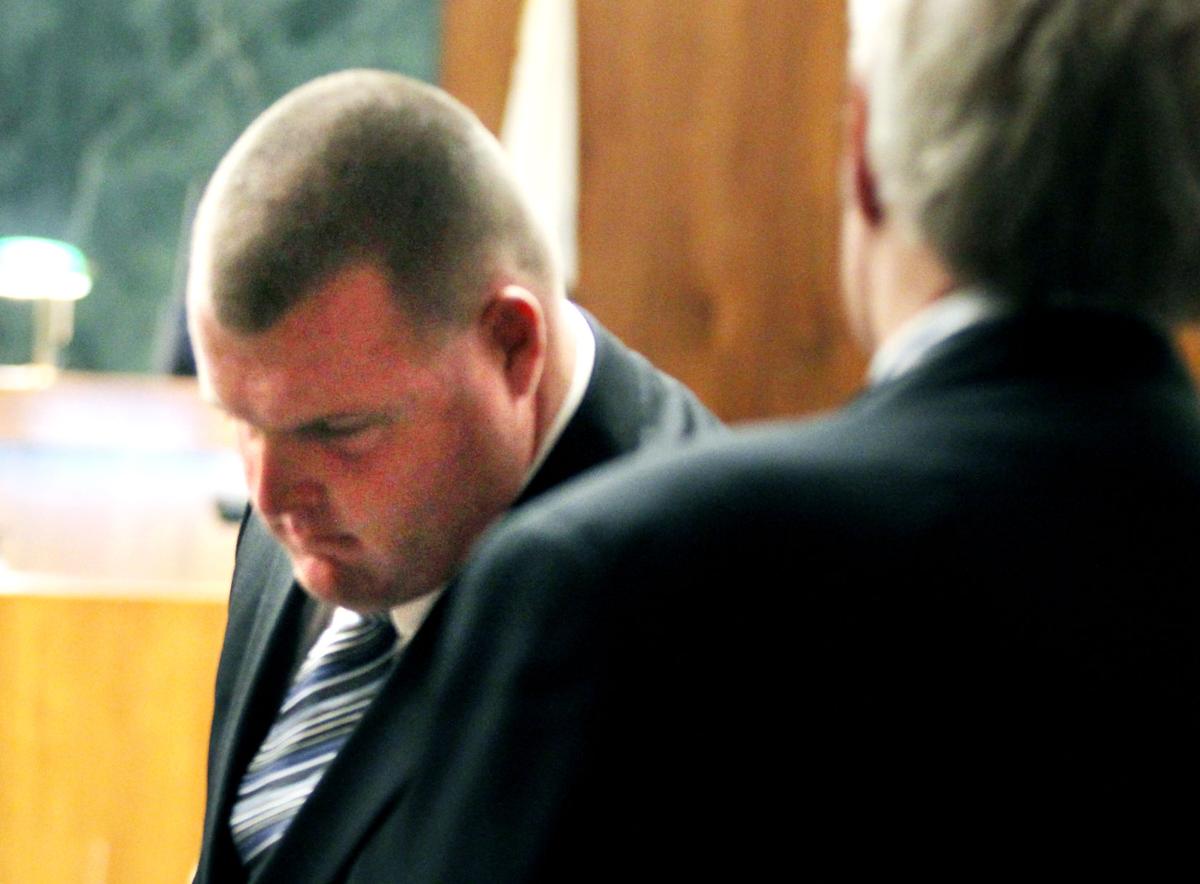 John Swearengin walks out of the downtown courtroom after his arraignment in October 2012 for two counts of vehicular manslaughter with gross negligence in connection with the deaths of Daniel Hiler and Chrystal Jolley. Swearengin pleaded no contest to one count of misdemeanor vehicular manslaughter for both victims and was sentenced to 480 hours of community service on Aug. 14, 2014. 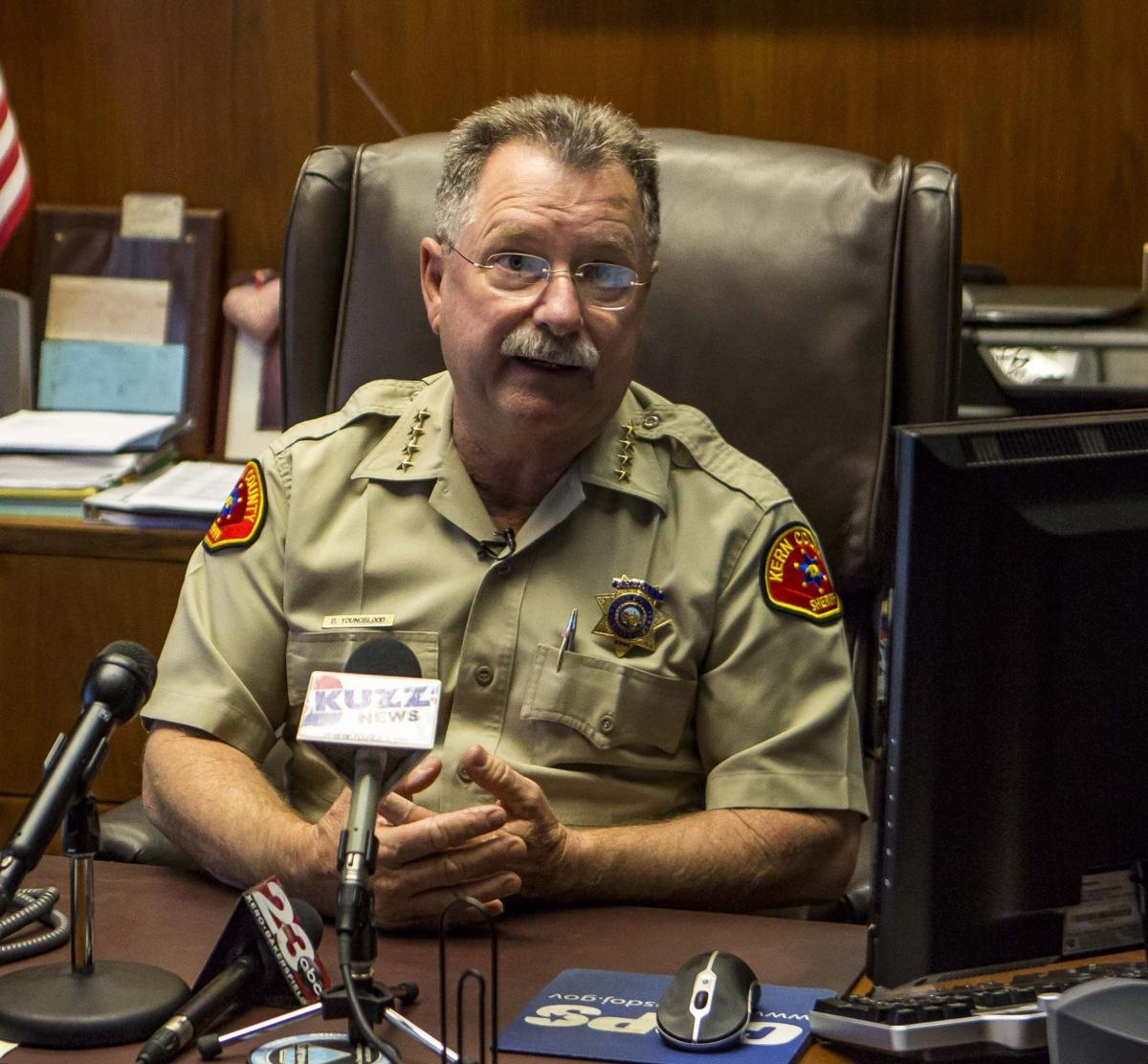 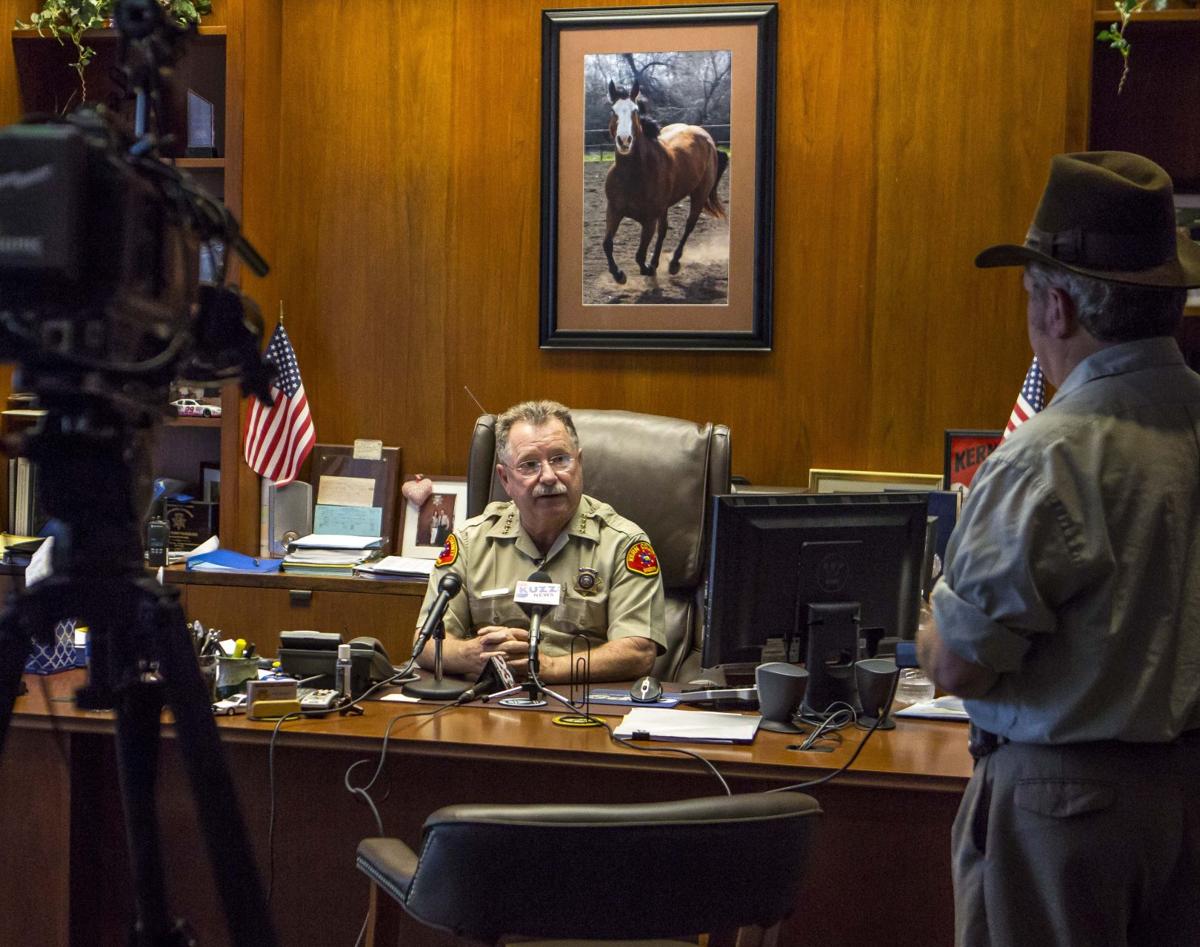 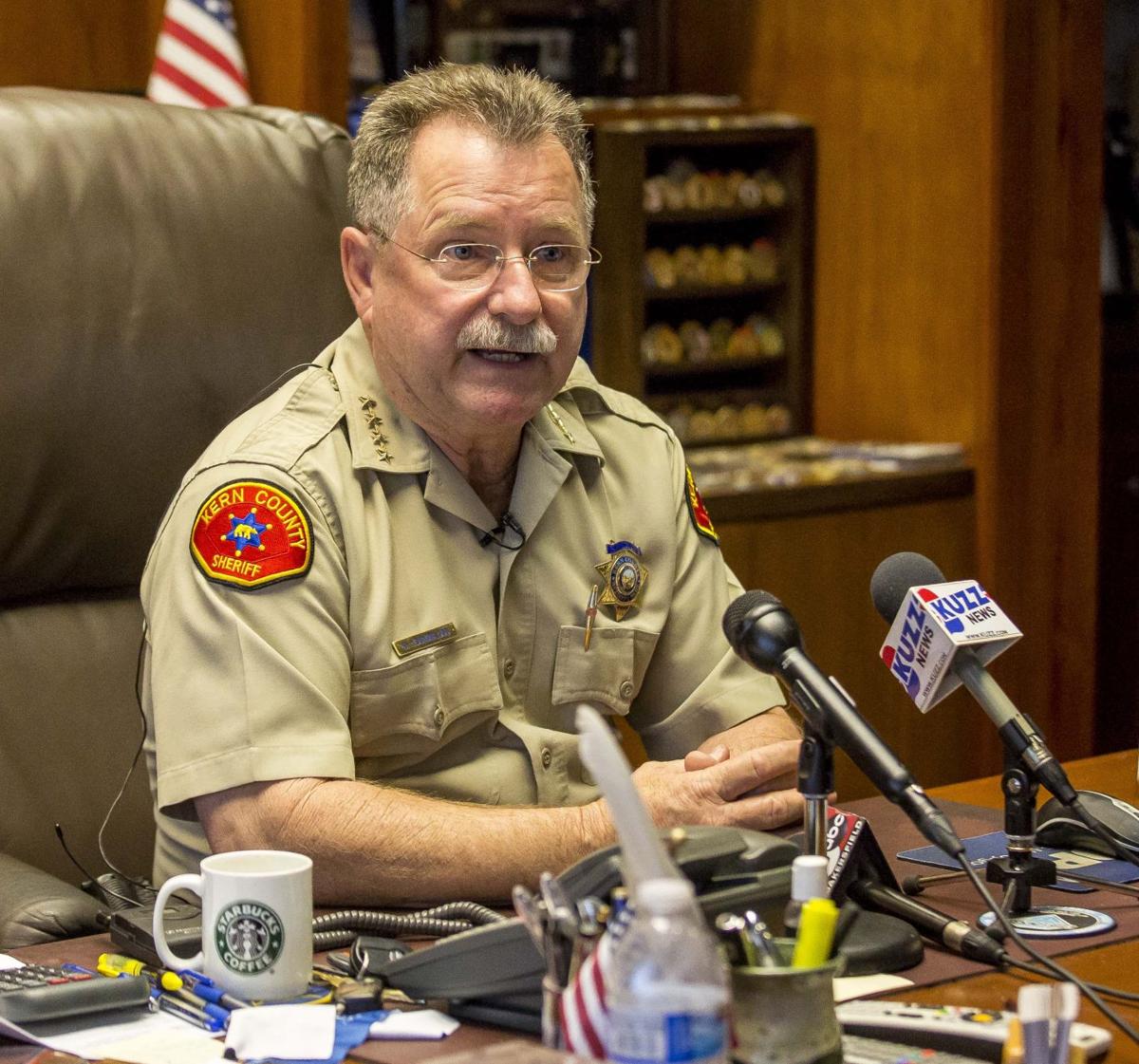 John Swearengin walks out of the downtown courtroom after his arraignment in October 2012 for two counts of vehicular manslaughter with gross negligence in connection with the deaths of Daniel Hiler and Chrystal Jolley. Swearengin pleaded no contest to one count of misdemeanor vehicular manslaughter for both victims and was sentenced to 480 hours of community service on Aug. 14, 2014.

A plea deal was reached Thursday in the case of a Kern County sheriff’s deputy who struck and killed two pedestrians in Oildale in 2011, bringing an abrupt end to a case that outraged local residents and led to a payment of $8.8 million to the victims’ families.

The deputy had faced a maximum of seven years in prison if found guilty of the felony counts. He will serve no jail time under the deal and may possibly keep his job.

A Sheriff’s Office administrative review will now begin to determine what, if any policies Swearengin violated, Sheriff Donny Youngblood said during a press conference held several hours after the plea deal was reached. A disciplinary review board will then decide if penalties — which could range from further training to termination — are appropriate.

Youngblood said he was glad the case had come to a resolution, but there were no winners.

“It’s important to note we don’t lose sight of the fact that two people died,” the sheriff said.

After the plea deal was reached Thursday morning, defense attorney David A. Torres said he didn't think the case should have been filed.

“(Prosecutors) should have seen our client was responding to assist fellow officers and ensure public safety,” he said.

Torres said Judge John W. Lua ruled this week that a prior reprimand against Swearengin regarding his driving habits would not be admissible at trial. In addition, Torres said he would have been allowed to present more evidence regarding the high level of the victims’ intoxication.

Prosecutors have said the reprimand proved Swearengin was aware of the dangers of unsafe driving, and he was grossly negligent when he sped along Norris Road without either his overhead lights or siren on.

Kern County Supervising Deputy District Attorney Michael J. Yraceburn, the lead prosecutor in the case, said the judge’s rulings forced him to reassess his approach. He said he “wasn’t happy” with the rulings but had to make decisions based on the likelihood of getting a conviction at trial.

Yraceburn said District Attorney Lisa Green was “fully aware and was engaged in the decision-making” regarding the plea deal.

The families of victims Daniel Hiler and Chrystal Jolley were “extremely emotional and upset” when he spoke to them beforehand regarding the deal.

The deputy struck and killed Hiler, 24, and Jolley, 30, as they pushed a motorcycle across Norris Road about 7:30 p.m. on Dec. 16, 2011. Swearengin was traveling at more than 80 mph in a 45-mph zone, according to a California Highway Patrol investigation.

Swearengin briefly took his eyes off the road just before the crash as he looked down to grab his radio; reports said he told investigators a large drink in his cup holder caused him to fumble when he reached for the radio. When he looked up the motorcycle was right in front of him.

He was traveling at 80.2 mph an eighth of a second before striking Hiler and Jolley.

Deputies have said Swearengin was responding to a call of a stolen vehicle when the crash occurred. He was trying to get authorization to turn on his emergency lights and sirens, but under Kern County sheriff’s policy no such authorization is required.

Youngblood said Thursday Sheriff’s Office policy doesn’t need to be changed, and in most cases similar to this one policy wasn’t properly followed. This case can also serve as a lesson to the department as a whole, he said: Take a little more time and don’t travel at unnecessary speeds in responding to calls.

But that poses a conundrum. Youngblood said deputies on a daily basis receive complaints along the lines of, “What took you so long to get here?” Residents expect a quick response when calling law enforcement.

The investigation into Swearengin’s crash was conducted by the CHP’s Fresno-based Multidisciplinary Accident Investigation Team. Among a slew of other information included in it’s 200-page report, the team concluded Swearengin’s “excessive” speed ultimately made him at fault for the deaths.

The reports said neither Hiler nor Jolley were at fault because while the area where they were crossing was not a crosswalk, they were legally allowed to cross there because there were no adjacent crosswalks with traffic control signals.

The team recommended felony charges be brought against Swearengin.

The Hiler and Jolley families sued the county, initially demanding $25 million. They settled in March for $8.8 million, with $4.8 million going to the Hiler family and $4 million to the Jolley family.

The county agreed to pay $2.3 million, with the rest of the $6.5 million covered by the county’s insurance company.

Attorneys on both sides said the settlement was reached because they wanted to avoid the risks associated with trial.

County attorneys have said they felt Jolley and Hiler were essentially — from a legal standpoint — operating the motorcycle that night as they pushed it across the street, and their actions played a role in the crash. Both were dressed in black, and there were no reflectors on the motorcycle.

Torres was prepared to make that argument at trial, as well as present more information about the pedestrians’ intoxication. Hiler's blood alcohol content was .137 and Jolley’s was more than three times the legal driving limit at .253.

“We obviously regret two lives were taken in this case, but this is what we call an accident, and sometimes accidents happen,” Torres said.