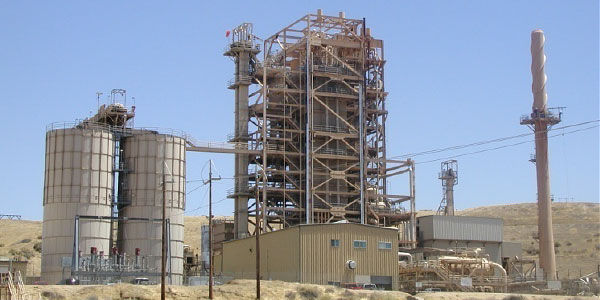 Rio Bravo Poso, a 35-megawatt, coal-fired power plant near Bakersfield, has been closed because of financial troubles affecting much of the industry in California. 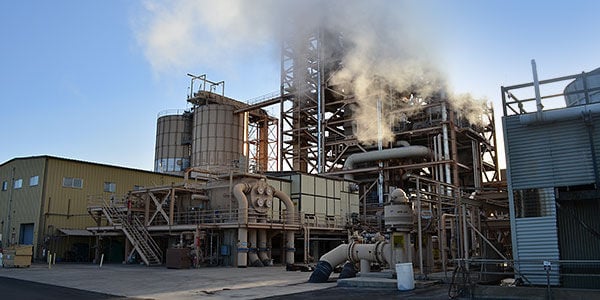 Rio Bravo Jasmin, a 35-megawatt, coal-fired power plant near Bakersfield, has been closed because of financial troubles affecting much of the industry in California.

Rio Bravo Poso, a 35-megawatt, coal-fired power plant near Bakersfield, has been closed because of financial troubles affecting much of the industry in California.

Rio Bravo Jasmin, a 35-megawatt, coal-fired power plant near Bakersfield, has been closed because of financial troubles affecting much of the industry in California.

The closure of two Bakersfield-area “cogeneration” power plants during about the past year illustrates the regulatory, policy and market-based challenges facing small facilities that sell electricity to the state’s power grid.

IHI Power Services Corp., the Japanese-owned operator of several small power plants around the state, said financial realities left it little choice but to close its Rio Bravo Poso and Rio Bravo Jasmin plants near Bakersfield, a move that eliminated about 50 local jobs.

Both plants, commissioned in 1989, burned coal and petroleum coke to produce 35 megawatts of electrical power each, along with steam to boost oil production at nearby wells owned by the Aliso Viejo-based U.S. subsidiary. One of the plants sold its electricity on contract to Pacific Gas and Electric Co., the other to Southern California Edison.

Despite their certification as having the best available emissions-control equipment in place, the plants have been identified as Kern’s two “dirtiest” power plants, based on their emissions per kilowatt of power generated.

IHI Power Services CEO Steve Gross said issues related to emissions contributed to the plants’ closure, in that the company was forced to buy pollution credits under the state’s “cap-and-trade” rules. But there was more to the shutdown decision than that, he said.

“Certainly the cap-and-trade was the final straw,” Gross said. But, he added, “it’s complex. There were a number of things.”

Indeed, the price of natural gas was also a factor. The company’s reimbursement by PG&E and SoCal Edison was indexed to gas prices, which have been relatively low for years.

What’s more, utilities have little incentive to continue buying power from coal-fired power plants, which add to their greenhouse-gas totals and do nothing to help them achieve a state-set goal of contracting fully one-third of their power from renewable sources by 2020.

Three years ago, IHI considered converting both plants to run on biomass — agricultural waste, urban yard trimmings and the like — but decided against it. Such a move would have qualified the facilities as generators of renewable power. It also would have cost IHI tens of millions of dollars.

It’s not clear a conversion to biomass would have helped much in the long run. IHI has four modest-size power plants in California fueled by biomass, and Gross shares industry worries that such facilities face a bleak future in the state unless lawmakers act to subsidize them.

The cost of operating a biomass plant is considerably higher, per kilowatt generated, than the solar and wind power facilities that compete for contracts with utilities.

Recent state legislation supported by the agriculture industry would have shifted cap-and-trade revenue to biomass plant operators. Farmers like biomass plants because the facilities pay for ag waste.

The bill, which was held by the Legislature pending a broader decision on how to spend cap-and-trade money, was also supported by Central Valley air quality regulators who have warned the plants’ closures will lead to a large increase in open-air burning of agricultural waste. Such incineration has historically been a significant source of air pollution in the region.

The two local plants’ closures will likely provide a benefit to the utilities that contracted power from IHI. Besides representing a savings to the utilities’ ratepayers, the greenhouse gas emissions the plants generated will no longer count against PG&E and SoCal Edison.

PG&E had a power agreement with Rio Bravo Poso that was scheduled to last until March 2020. When the utility applied to the California Public Utilities Commission, its primary regulator, for early termination of the contract in March 2015, four months after the plant closed, PG&E termed the proposal a “significant and substantial customer savings.”

Additionally, PG&E said getting out of the power purchase agreement early will allow the utility to reduce its unmet greenhouse gas emissions target by 12 percent.

Rio Bravo Jasmin closed only recently, and Edison’s contract with IHI is not expected to go before the CPUC for approval until early next year.

Gross still sees closure of the two coal-fired plants as a shame. He had worked with employees at both plants for decades.

For all their emissions, he said, the plants provides what solar and wind power cannot: constant electric power.

“Really, a diverse generation mix in the state is a good thing,” he said. “You can’t have a grid that is all solar and wind.”

The idea of grinding old orchards into wood chips and recycling them into soil has seized the interest of California’s almond industry, which …